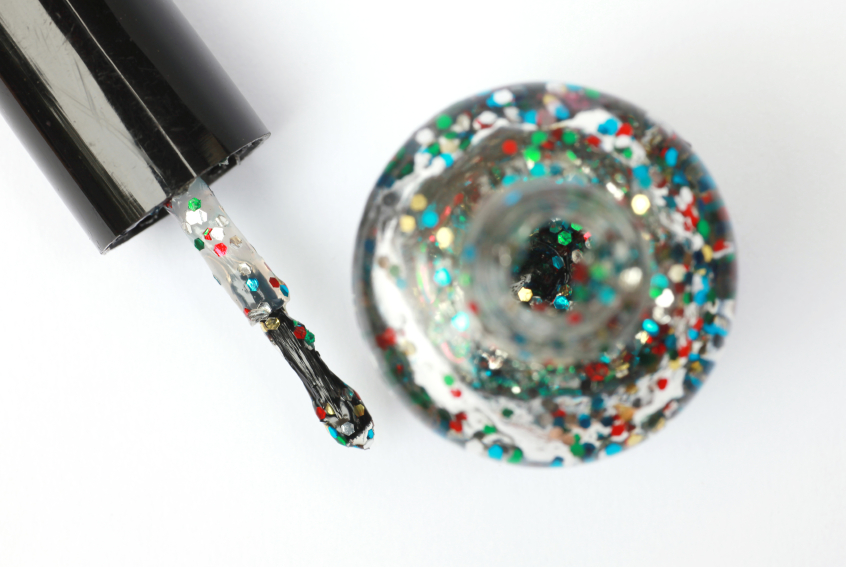 To each and every woman alive who has painted her nails with glitter polish, you know the emotional struggle it comes with. Nothing looks as good as glitter on your nails, but the second it comes time to remove it, you almost immediately swear off glitter nails for the rest of your life (but who are we kidding, that never works).

Even though nothing will change the love-hate relationship we have with glitter polish, we’re hoping we can all cope together. Below, the 13 stages of wearing glitter nail polish.

MORE: 10 Things Bound to Happen Every Time You Paint Your Nails

Even though you’re terrible at nail art, glitter could be the solution. It could be what your nails have wanted this whole time.

via Ella B Reads

Immediately, you run to any store that has ever sold nail polish to find the perfect glitter. Once you find it, you race home to crack it open.

While you’re waiting for your nails to dry, you’re already trying to figure out which Instagram filter will make the glitter look best.

You watch as the likes climb higher and higher, and for the next week you notice strangers can’t help but stare at your fantastic nails.

All is right with the world, until one day you notice a chip.

This process repeats about three more times, until the polish on your nails is unbearably thick. It’s finally time to say goodbye to that sparkly manicure that’s given you nothing but joy (so far).

You grab your cotton balls and nail polish remover. Saying goodbye is never easy, but saying goodbye to glitter polish is especially difficult.

30 minutes and 3 nails down, you find yourself breaking into a sweat. 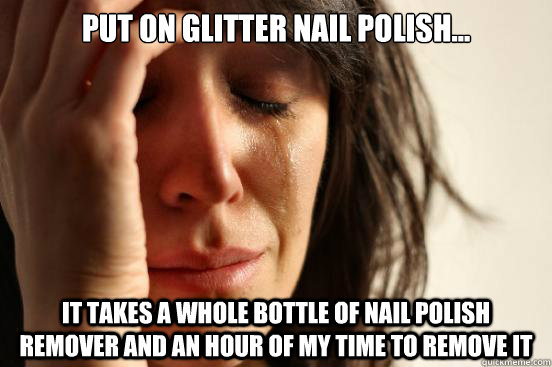 You Google “How to remove glitter nail polish” and find the tinfoil trick.

via This Ugly Beauty Business

After over an hour of removal, your nails are dry, brittle and weak enough to break if you breathe the wrong way. You swear off glitter polish forever, because it is the worst.

But just like Justin Bobby, glitter polish calls to you with its Siren Song the next time you see a bottle. It’s an emotional roller coaster.