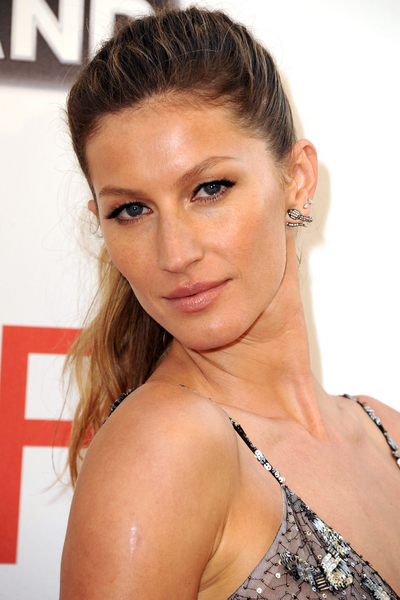 The Brazilian beauty–who is the world’s highest paid supermodel–will no
longer wear tall shoes on the catwalk, according to designer Nicolas
Ghesquiere, who claims more models are refusing to wear heels when they walk the runway.

He told New York magazine, “The idea was to have this crazy casting with Gisele Bündchen and Amber Valletta and Carolyn Murphy and they said no for high
heels. They were not used to walking in heels anymore. Gisele was worried, she
would not walk in my heels.”

Gisele, 31, has graced the covers some of the world’s biggest fashion magazines,
including Vogue, Elle and Esquire and posed for fashion houses including Missoni, Dior and Dolce & Gabbana.

Earlier this year, she was named the world’s top earning model for the
seventh year, taking $45 million over one year.

In March 2010 she was named the face of hair care brand Pantene resulting in the
company’s sales shooting up 40% in Latin America as a result.

Try on celebrity hairstyles in the Makeover Studio!