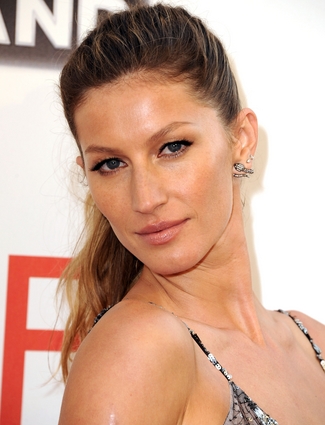 Gisele Bundchen, Forbes’ top earning model for the seventh year in a row, can now add Givenchy to the exhausting list of elite fashion houses she has faced.

The 31-year-old, who raked in a whopping $45 million last year (forget Wall Street, someone occupy her place), has stolen the coveted French label from fellow supermodel Mariacarla Boscono. Alongside Chris Moore and Simone Nobili, Mrs. Tom Brady will depict “a love story between a surfer and a mermaid” in a gothic, beach-set spread. Think moist models and black surfboards.

Gisele’s selling power is so potent that companies are beginning to quantify it. Pantene saw a Bunchen-boost of 40% when sales increased by that much in Latin America as the Brazilian model started adorning ads.

Model-turned-entrepreneurs like Heidi Klum, who brought in $20 million last year thanks to partnerships with Amazon.com and New Balance, are still coming in second to Gisele with less than half of her annual earnings.