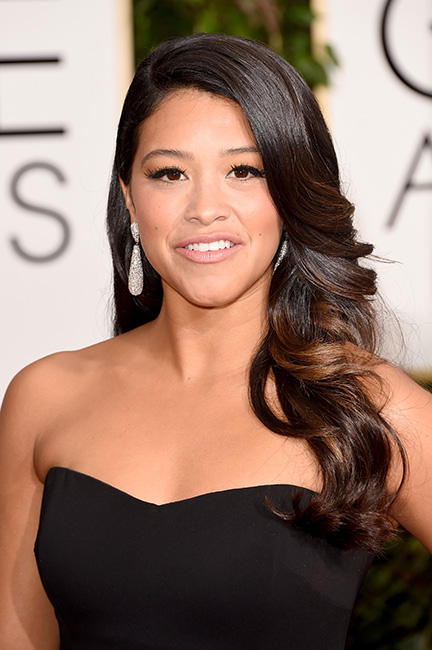 Gina Rodriguez of “Jane the Virgin” made her Golden Globes debut last night with flawless form, pulling off a glamorous red carpet look with aplomb. Here’s how to get the look, straight from her hairstylist Paul Norton. [Beauty High]

In other Globes hair news, Jared Leto is officially making “man braids” happen. If anyone can pull them off, it’s Jared. [POPSUGAR Beauty]

Urban Outfitters was forced to pull a photo depicting a model with “thigh gap” from their website, which begs the question: Is the “thigh gap” actually problematic, or is it more problematic to judge what may very well be a natural body type? [Allure]

If you’ve ever felt like total crap when you’ve just started a new diet, you’re not alone. Going totally cold turkey from a diet of processed foods can, in fact, induce withdrawal symptoms. [Elle]