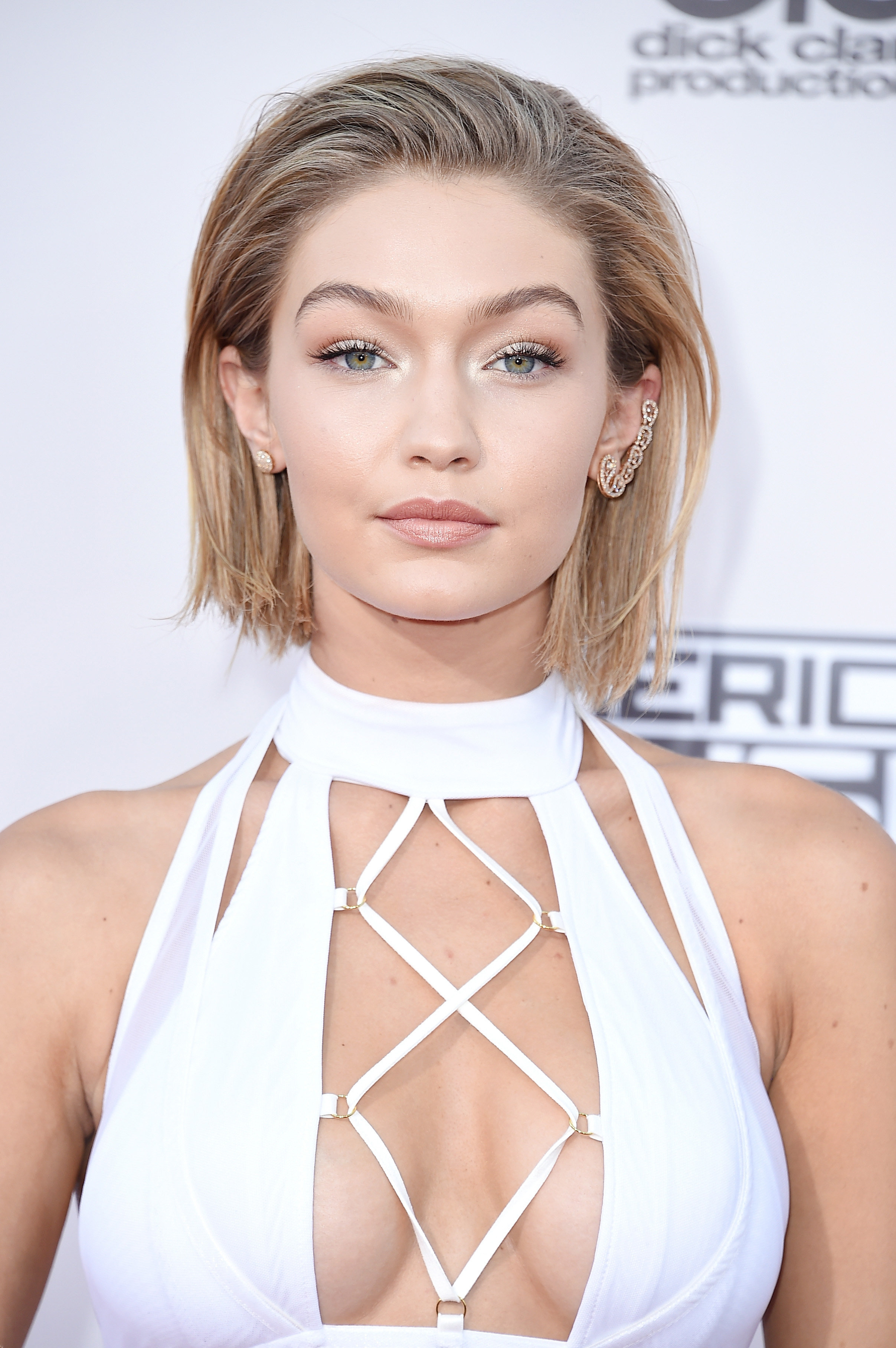 We pride ourselves on being able to spot a wig a mile away, but Gigi Hadid‘s slicked-back bob at last night’s American Music Awards looked legit from all angles.

Still, we didn’t stay convinced for long: The model hardly played coy about the “tricks of the trade,” telling E! host Giuliana Rancic that fans would have to “check back tomorrow” to confirm whether or not the short cut was real. In other words: She’d be back to her long locks by morning. A faux bob it is.

But while most faux bobs involve simply tucking the longer bottom layers of hair underneath the rest, Gigi’s stylist, Bryce Scarlett, used a half wig with a zigzag comb attached at the back of her hair to cover the length. The key, he says, is to leave the front of the hair out with the natural hairline showing—and it’s not for everyone. Scarlett adds, “The technique we used only works if you have shorter layers that are the length that you want the hairpiece to match.”

So, yes, it’s a wig, but the reason it looked so natural was because that’s Gigi’s actual hair you see in the very front—which is most of what we’re looking at anyway. Scarlett created the style by applying a volume-building mousse to the roots of towel-dried hair before using a medium-barreled round brush to blow hair out and away from the face.

For “instant volume and separation,” he used MATRIX StyleLink Height Riser powder just at the roots and brushed the hair back to keep it in place … and to conceal that partial wig.

MORE: Fake It Until You Make It: A Bob Haircut