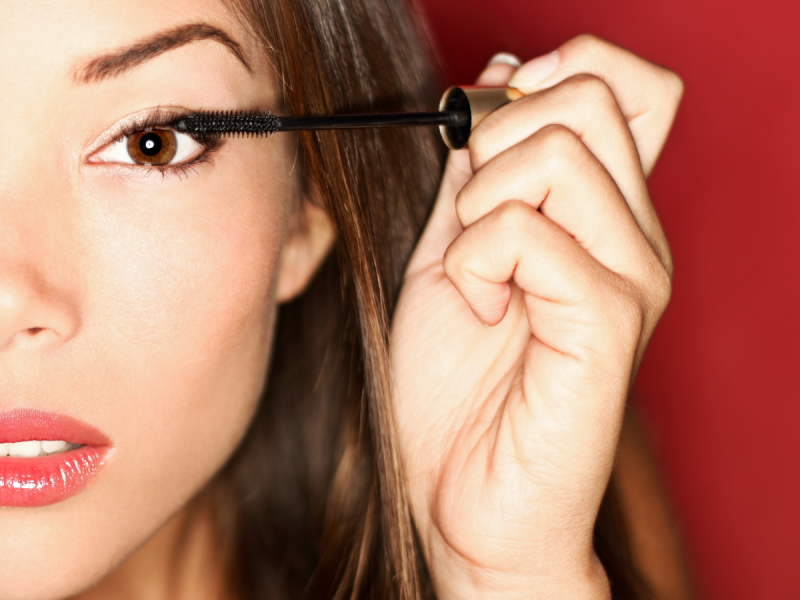 Clumping and smudging aren’t the only mascara woes you need to worry about: There’s a good chance the mascara you’re using right now is laced with infection-causing bacteria, according to a new study published in the International Journal of Cosmetic Science.

For the study, researchers from two Brazilian universities tested 40 mascara samples from real women and found that 79 percent were contaminated with staph bacteria. One explanation: The moist, dark environment inside the tube is an ideal place for nasty bacteria to proliferate—especially after the three-month mark, when mascara expires. No big shock, 86 percent of women in the study admitted to using past-its-prime mascara. (Who wants to throw out a half-full tube?)

MORE: The Dirtiest Things in Your Purse

As much as it might hurt to throw away your expired eye makeup, you should: Mascara that’s older than three months old can increase your risk of pink eye  and other inflammatory conditions. “Our eyes are a vulnerable area for infection,” says Kelly Reynolds, Ph.D., a germs expert and assistant professor of public health at the University of Arizona, who was not associated with the study. Although the research was conducted with Brazilian women, Reynolds says that results would likely be similar if researchers were to test the makeup of women in the U.S.

“There are lots of open pores where the eyelashes come out, plus glands and tear ducts.” If you wear contacts, you may also transmit fungus—which can grow on your lenses—from your peepers to your mascara wand, and then into the tube where, in that moist, dark environment, it can proliferate.

MORE: Are You Allergic to Your Makeup?

Mascara’s not the only cosmetic that women use longer than they should, either. Women in the study also reported using eye pencils, lipsticks or lip glosses, eye shadows, face powders, foundations, and concealers past their expiration dates—but mascara was the most common item used after it had “gone bad.” Unfortunately, it’s also the most dangerous. ”[Makeup products] for the eye area merit special attention because of the proximity and contact with this region, and thus, the higher probability of causing irritation or, if the product is contaminated, ophthalmic infections,” say study authors.

So how can you shield your eyes from bacteria and achieve awesome lashes?

Watch the Clock
The FDA doesn’t require cosmetics companies to print expiration dates on makeup. So Reynolds suggests tracking it yourself: As soon as you open a new tube, program a “toss my mascara” reminder onto your smartphone for three months later. Then do it—even if it hasn’t dried up yet.

Don’t Share
This is one time you should be stingy—even with your BFF. She may have bacteria on her skin that doesn’t make her sick but that could cause a nasty infection in you. Reynolds warns that sharing makeup is a prime way to transmit scary germs. So stash your makeup where your gal pals least expect it: your bedroom drawer. As an added bonus, it’s also less conducive to bacterial growth than your bathroom drawer.

Buy Travel-Size Tubes
It’s tough to throw out a tube that still delivers on its curling, volumizing, non-clumping promises. So make sure your mascara runs out faster: Pick up a mini tube, such as the travel-size Benefit Cosmetics BADgal Lash Mascara, sold at Sephora ($10). Sure, it’s a little pricier per ounce than supermarket stuff, but “expensive products can have preservatives that aren’t as irritating,” says Reynolds. “If a chemical causes irritation, you’re going to rub your eyes, increasing vulnerability to infection.”

Rethink Your Regimen
Never apply your mascara before slipping in your contact lenses. “If bacteria from your makeup gets in your eye, then you cover it with a contact lens, the bacteria can grow more rapidly,” says Reynolds. Plus, it’ll be that much easier to see where you’re applying your mascara if you put on your lenses and then grab your wand.