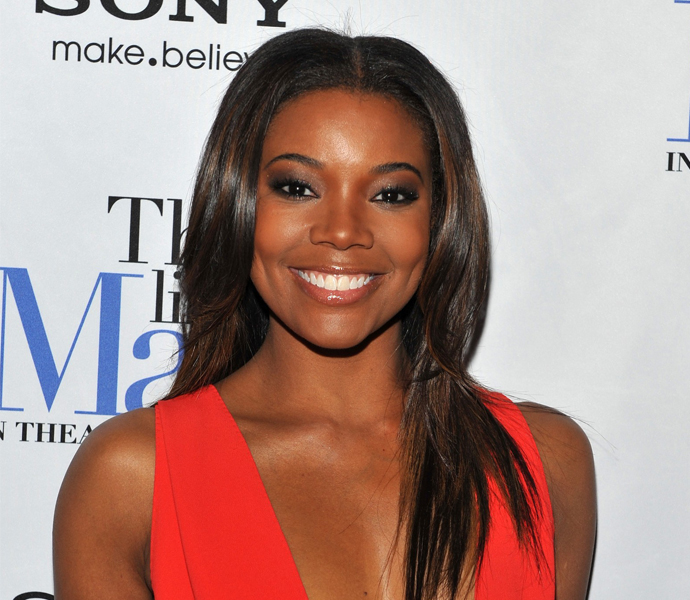 As we all know, May is Skin Cancer Awareness month, which leads to many talks about the proper way to wear sunscreen and how often we should be getting our skin checked. But, to be really healthy, this is a routine that you should be following year-round. A great example of this can be found in actress and Neutrogena spokesperson Gabrielle Union.

Union is working with Neutrogena to spread awareness for sun safety, and I had the chance to speak with her about her skincare routine, her thoughts on girls who don’t protect their skin, and her flawless skin secrets. And let me tell you — by looking at her glowing complexion, you want to take any advice she gives!

Can you first start by explaining what your daily routine is, including sun care?

Well it depends on if I am working or not. Just coming off of a job where we worked outside quite a bit, daily, anything that has salicylic acid is what I use for my face wash because I love the smell — I use my  pink grapefruit cleanser, and sometimes when I’m having more breakouts than other times, I’ll use the clean cleanser then the toner then the ultra-sheer block. These are my favorite for daily use. This will go under my moisturizer and makeup. Then they pack on the makeup for work. At home I don’t usually wear makeup so I’ll use face wash toner and the ultra-sheer block and call it a day.

Many teens and adolescents don’t really understand the importance of sun protection — I have a problem convincing my sister of it. What would you say to them?

Well, those girls in their teens will eventually become my age. I had friends that would take bacon grease and want to be crispy basically. We’re looking at Tanning Mom and going “That’s crazy,” but inside they’re like “What is she using?!” I wish it was something just with young girls, but if that’s your mentality you don’t eventually grow out of it. It seems that the darker they can get the better. I think there are certain shows, perhaps on TV, where the GTL lifestyle is promoted as the optimal look. And in reality you’re exposing yourself to skin cancer. The first burn you’re putting yourself on the path to danger. It’s all fun and games until you have skin cancer. GTL only goes so far until you have to go to skin cancer treatments – and the moles start changing and the cute Cindy Crawford ones become Melanoma. And it’s not as cute as you thought, and is it really worth it at the end of the day? I’ve read stories where these girls want to be a little bit darker, and a little mole gets bigger, and these girls are no longer with us. I can say it’s absolutely not worth it. Neutrogena has a number of self-tanners. There are other ways of achieving a browner you without exposing yourself to skin cancer.

You’re obviously always on set, what great tips have you learned from your makeup artist/hairstylist backstage?

The biggest and most inexpensive that anyone can do is water. I try to drink a gallon a day. And it’s made a huge difference in my hair, skin and nails, it grows! I generally don’t have major skin flare-ups because I’m so hydrated, but my hair is growing, my nails are growing, my skin is staying clear and it helps with my weight loss. Just substituting little things out of your diet like soda, juice, any sort of sugary drink — there’s no need to have flavor water when you can have regular water — just throw a little lemon in there if you want to look fancy. But that’s been the best and easiest secret.

You’re obviously traveling a lot, what are those top five beauty products that you have to have with you when go?

I generally fly back and forth between LA and Miami, one hot place to the next. So I don’t leave sunscreen behind. This Neutrogena Ultra Sheer sunscreen is great, and this isn’t even as high as I go. I go to 110, I don’t mess around mainly because I started to get freckles after I’ve gotten older and I thought they were cute at first but now I see it’s a sign of aging. And more moles are popping up. I am doing anything in my power to not have them; I generally get moles all over.

Water, I travel with, if I am able to — I can’t take it on the plane. I went to CVS and got a 2-quart jug and I fill it twice a day to make sure I drink a crap load of water. Also lip balm, for winter and summer because people sometimes think that when you’re dehydrated a lot of sunburns can happen on your lips — lip gloss over chapped lips looks like lip gloss over chapped lips and lip stick over chapped lips is just awful. Oh, and mascara is a must — and deodorant! It’s in my purse, I don’t mess around. I’m always in a hot climate and I’m like, “What stinks?! It’s me.” No funky monkey. So now I keep deodorant in my bag.

Why did you choose to get involved with the Choose Skin Health?

There’s a program on chooseskinhealth.com you can go to and find a dermatologist in your area that will give you a free skin cancer screening — I’m all about free — it’s like a luxury, like teeth whitening for a lot of people, it’s not a reality. They’ve made it affordable for a lot of people. Also, a lot of people, especially women of color don’t think they are at risk, which is not the case. We burn as well, I didn’t used to understand that when my skin peels off in large chunks like a Sci Fi movie that’s bad. Everyone’s like “Black people don’t burn” but yes, we burn as well — so do Latinas, Asians and everyone else, so just as a reminder as one of the darker Neutrogena gals, if I have to be worried about it, everyone has to be worried about it.

Neutrogena is also working on a Buy 1 Donate 1 campaign for the month of May, to help provide sunscreen for families in need. Watch the video below to find out more: