Back in 2016, while competing in Rio de Janeiro, Brazil, the three-time gold medalist was bullied for her hair. And that wasn’t the first time. According to Reuters, it was 2012 when Douglas, the first Black gymnast to win the Olympic all-around title, was criticized for looking “unkempt.” Although she was driven to tears back then, in 2020 she’s had enough. Douglas showed off her natural hair on Instagram this weekend to explain a little bit of her hair journey.

Douglas reveals that wearing her hair in tight ponytails for gymnastics caused a ton of damage to her strands. This is called traction alopecia, which can happen to anyone who continually wears their hair pulled back tightly in braids, locs or a ponytail. It causes massive hair loss, including changes in your hairline. “I had bald spots on the back of my head,” Douglas wrote on Instagram. “I was so embarrassed and self-conscious that I put a bunch of clips over the spots to try and cover them up, but it was still noticeable.” 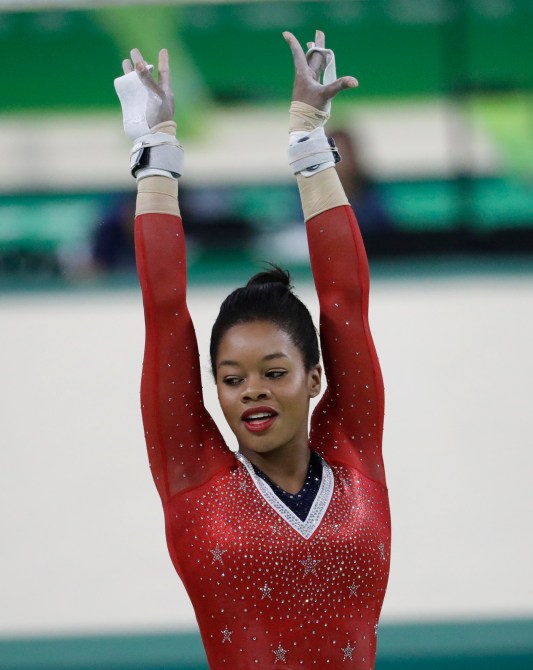 “I had to cut all of my hair off because it was so damaged,” she continued. “I cried and cried and cried. Most days I didn’t even want to go to the gym because I felt so embarrassed that all my hair was gone. I used to think: why can’t I have healthy hair?” Douglas doesn’t reveal what she did to grow out her damaged hair but it was likely the right mix of protein-enriched products, scalp care and laying off hot tools and ponytails. Now, she’s proud of her natural hair.

Regardless of what condition her hair is in— in a pony, a protective style or a wig—the 24-year-old is a beautiful role model to girls everywhere.