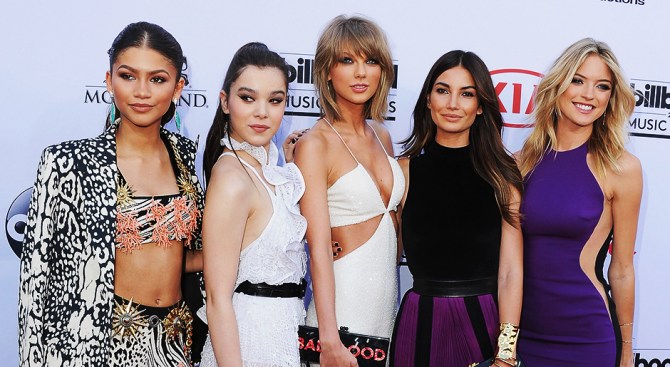 Having a #girlsquad by your side could have some serious health benefits. (Photo: Getty Images)

Come January 1, everybody—including your friends—seems to have the key to health and happiness. Go to the gym, they say! Eat only kale all the time, they say! But one thing that’s left out of the equation that’s just as important to your health? Hanging out with those friends who are telling you to eat all that kale.

A new study out of the University of North Carolina-Chapel Hill found that, yes, spending time with your girl group has some serious healthy benefits—and is just as important as diet or exercise.

While it’s been proven in study after study that loneliness and poor health are intertwined, this study, published in the Proceedings of the National Academy of Sciences, was the first to make a definitive link between social connections and the risk of things like obesity, high blood pressure, and inflammation.

Researchers looked at four immense national-represented surveys that polled more than 14,000 people from adolescence to old age, looking at how friendships—and loneliness—affect the body. They found that being socially isolated in adolescence has the same effect as being physically inactive, causing inflammation.

And in the elderly, it’s even worse—feeling alone and isolated can lead to severe health problems such as diabetes and high blood pressure, which in turn can lead to complications such as heart disease, stroke, and cancer.  The researchers said that the earlier people make meaningful social connections, the better, but a support system at any age is helpful in preventing problems such as inflammation and high blood pressure.

Interestingly, participants in middle age (around mid-30s to mid-50s) said they valued the quality of their relationships, not the number of friends—for them, it’s all about how their friends help them cope with social strain. Not so for the younger and older sets (early 20s and old age), who said having a vast social network was more important to them.

“Based on these findings, it should be as important to encourage adolescents and young adults to build broad social relationships and social skills for interacting with others as it is to eat healthy and be physically active,” said UNC professor Kathleen Mullan Harris in a statement.

So if you needed indication that it’s time to build your #girlsquad, now’s the time.