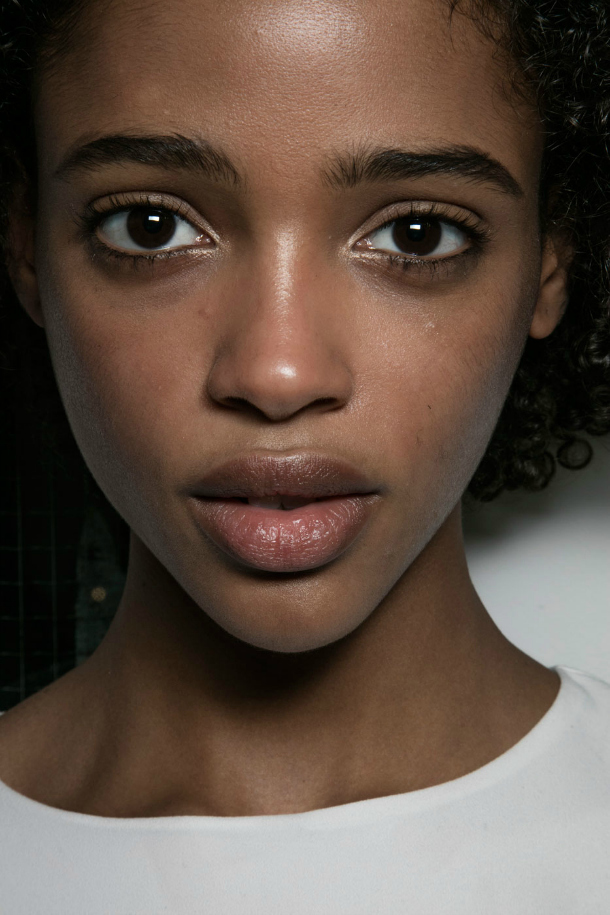 Once upon a time (possibly last week), we made all sorts of mistakes. We furtively brow-raised, we too-oft frowned, and we skimped on sunscreen. The result is we now have etched lines and wrinkles across our forehead. Doesn’t it feel like it’s way before our time to have such strife? Yes. Praise heavens, there’s much that can be done to camouflage the evidence! Here are some tips on how to get rid of forehead wrinkles.

What are some causes of forehead wrinkles?
“Lines in the forehead itself are caused by the muscles that raise the eyebrow (in this case the “frontalis” muscle).  As we age and the skin is folded over on itself repeatedly we can develop creases that are even there when the muscle is not twitching.  It is the same principle for the vertical lines between the eyes (the “11’s”), but this is due to the “corrugator” muscles,” says Dr. Thomas Sterry,  a New York City board certified plastic surgeon.

Primer
Illuminating primers can “fill” these lines, helping to camouflage by reflecting light away from them. It’s like a magician’s trick! Try Stila One Step Illuminate ($36, stilacosmetics.com). Primer can also be your best friend, because it creates a base coat, helping to keep your foundation from settling into—and emphasizing—furrows.

Botox
“Frankly, some kind of neurotoxin (Botox, Xeomin, or Dysport) is probably the simplest thing to do. However, there are also some brow lift techniques that can actually remove the muscles completely so that the forehead is smooth and the brow stays in a nice position, if it’s done well, anyway,” says Dr. Thomas Sterry, a New York City board certified plastic surgeon.  “Neurotoxins are simple, fairly reliable, and require no down time. While it’s a little bothersome to have to repeat the injections every three or four months, they work. An added bonus is that if you don’t like the result—some people actually find that they are OK with some lines! It’s going to wear off eventually.”

Is Botox right for you? “For forehead lines we want to see a patient who has a high brow despite having the creases. This assures me that if I relax those frontalis muscles, the brow won’t drop too much and make the patient look down or tired after the treatment,” says Dr. Sterry.

Acupuncture
After a series of 10-12 treatments, twice a week for five weeks, you will notice fine lines diminishing, deep wrinkles softened, less sagging in the skin, less droopiness in eye lids and a more clear and radiant complexion, says Gandi Villareal, master of acupuncture and oriental medicine, and a licensed acupuncturist in Los Angeles, CA. “Initially, I was interested in acupuncture’s health benefits, how it can relieve a multitude of symptoms, from chronic back pain to arthritis to even obesity. It was amazing. But what was more amazing is how acupuncture dovetails into my work as an aesthetician. I learned that acupuncture also smoothes out lines and wrinkles by toning the facial muscles—like a facelift without surgery. No drugs, no creams, definitely no scalpels.” This procedure uses needles strategically all over the body and face to help stimulate the production of collagen and elastin and plump up the skin, increase circulation and improve overall complexion.

Hairstyle Change
Ask your colorist to add highlights around the eyes. “It will brighten the color of your eyes and soften the appearance of wrinkles. We all love that!” says Edwin Fontanez, session stylist and owner of Cielo Salon in Cleveland, OH. “The best tip for forehead wrinkles is to ask your hair stylist to cut a choppy fringe. Not only will it hide wrinkles, but it will frame your face and soften your features for a fresh new look,” says Fontanez.

Exercise
Did you know that you can get rid of wrinkles by performing different type of headstand exercises? Beth Shaw, an internationally renowned fitness expert and yoga instructor, says it’s true. “Headstands reduce wrinkles by increasing blood flow  and circulation to the face and scalp. They reduce facial fatigue by causing the muscles of the face to invert and relax,” Shaw says. Suddenly, we’re feeling more motivated to hit the gym.