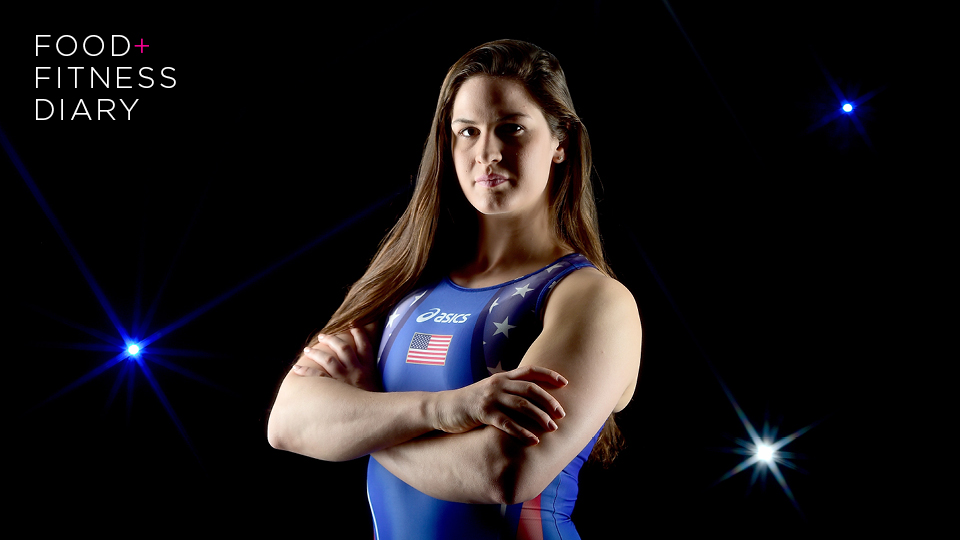 There aren’t many women more formidable than pro wrestler Adeline Gray. Not only is the 25-year-old heading to Rio this August, but she’s already scored gold medals at three prior world championships in 2012, 2013, and 2015. Oh, and while she was busy qualifying for the Olympics and maintaining her spot as the number-one female wrestler in the world in the 75 kg weight class, she also graduated with a business degree from DeVry University.

With the Olympics looming, we called Gray and asked her to share the diet and fitness plan she’s following to prepare for the big competition. She chatted with us about her seven-hour workouts (seriously), her protein-filled meal plan, and the reason why her nutritionist approves of her late-night cookie binges.

For breakfast I have: A cup and a half of steel-cut oats, some brown sugar, a tablespoon each of flaxseed and chia seed, and two tablespoons of pumpkin seed. If it’s dry, I add soy milk to it or fresh berries like raspberries or blueberries. Then I have some granola and a half cup of chicken with half cup of mixed vegetables—I eat a lot! I usually do breakfast around like 7 a.m. or 8 a.m. This morning was different, though, I had an acai bowl and a spirulina green smoothie.

Thai food. Or [sometimes I have] sweet potato with chicken or pork.

The one thing I would never eat is: I hate ketchup, I don’t eat any ketchup! I’m not big on potato or starch-family foods either, like rice. I’m much more of a pasta or bread person than rice. I’ll eat it with sushi, but I’d never have a bowl of rice.

My all-time favorite workout is: It’s probably just like a play-around wresting match where you get to do different tumbling exercises, tackling teammates, and having fun. My favorite warm-up is on a bike, and I use a dumbbells to do tricep and bicep exercises while I’m pedaling. I’m on the bike for around 10 minutes.

I think the health and fitness trend that will dominate in summer is: I’ve been seeing more jumping exercises using plyo boxes. I think with the Olympics coming up, they will become more popular with people wanting to jump higher, faster, and harder. I do them a little bit and have been getting into it more in the past. I put on a weight vest or do it on stairs, and then just do two sets of five jumps. I do low reps of plyo box jumps as I have a bad knee.

The health trend I just can’t get behind is: I think CrossFit, people aren’t trained well enough not to hurt themselves. It concerns me—if you have a great coach it could be awesome—but if you’re not prepared you could end up with an injury.

My favorite healthy restaurant is: Mod Market in Denver, their salads are amazing. They just expanded to six different locations, and they’re all over Colorado, which has made me the happiest person. I have the Thai coconut chicken, and they do this coconut carrot. It’s so good. 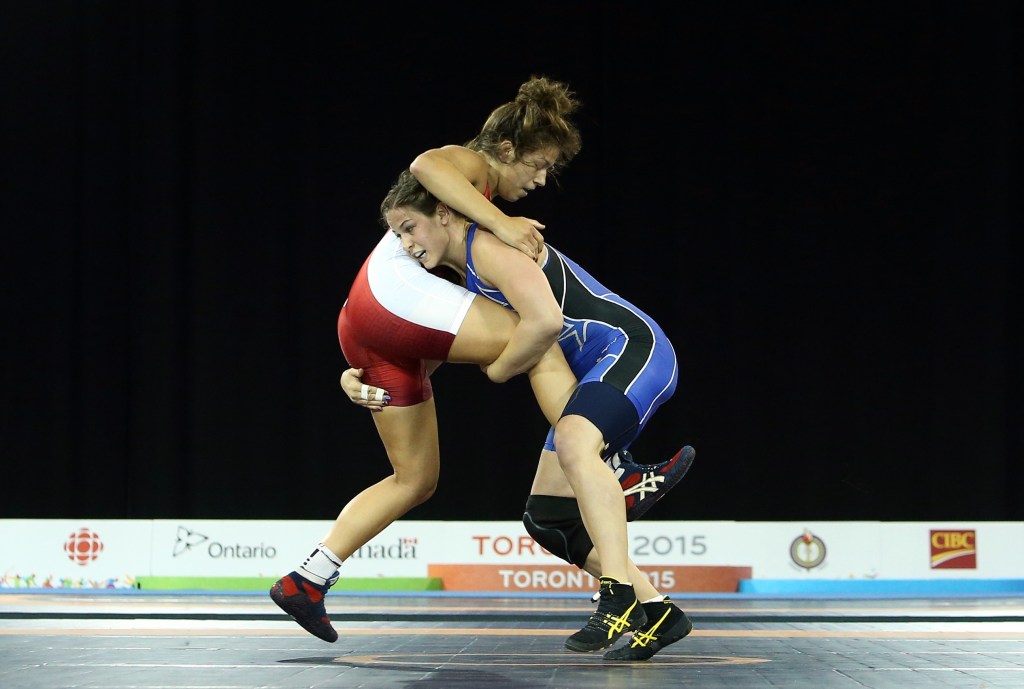 My favorite healthy snack is: I’m trying to stay at the weight class I am now, so I eat cookies, but I run it by my nutritionist. It’s difficult to get enough calories with the amount of exercise I do, so I eat cookies for the same reason everyone else doesn’t want to eat them. I have three or so cookies before bed so I can keep weight on usually totaling 400 too 700 calories. Sometimes I get Subway cookies or I make banana trail-mix cookies.

My go-to smoothie ingredients are: Things with kale; typically kale, yogurt, frozen berries, with some sort of whole milk I think is best. That’s my morning recipe, and a scoop of protein powder.

The three ingredients you’ll always find in my kitchen are: Definitely chia seeds and things to make fajitas like chicken, vegetables, and Greek yogurt.

My signature healthy dish is: Probably fajitas. I use Greek yogurt instead of sour cream, I don’t add cheese and just have chicken and vegetables, so it ends up being this great healthy medley of bright vegetables, with garlic and onion.

The health app I couldn’t live without is: I have My Fitness Pal and I have an iPhone that tracks my steps and lets me input my health stats. I have my blood pressure and stuff checked often, so I input the information on the phone so I can see it in the same place all at once.

The top three songs on my workout playlist right now are: Whatever is playing on Pandora, I don’t make playlists, I listen to whatever comes up next. My genres are R&B, country, and Top 40.

Just working on my double leg! Thanks @geneva12gray for taking the hits. #womeninsport #graytogold #TeamUSA

The best part of my job is: The ability to share everything with the people who I have fun with. My sisters get to come on trips with me, and my housemate just went on a trip with me to California. Now I’m excited to take my family with me to Rio. The experiences really aren’t the same unless you can share them with the people you love.

At the beginning of most days I: Try to meditate, but it doesn’t always work out, I struggle to find consistency. But usually breakfast, text my boyfriend, and then start my workouts.

My average week of workouts includes: It depends where we are in our [competition] cycle. Usually it’s five to seven hours of sweat time, but closer to a competition it’s four hours of sweating time and six of other stuff, and I take Sundays off. I will have two hard training days and then have a lighter day. The lighter day includes two easier workouts of an hour on the bike or a yoga session, or I will go and do some rehab with my knees or massage, or a combination of two of those on every other day.

I’m preparing for the Rio Olympics by doing: The same thing I’ve done for the last four years! I’ve been number one in the world for a couple of years now and know what I need to do to win. Staying on top of my sleeping habits is very important.