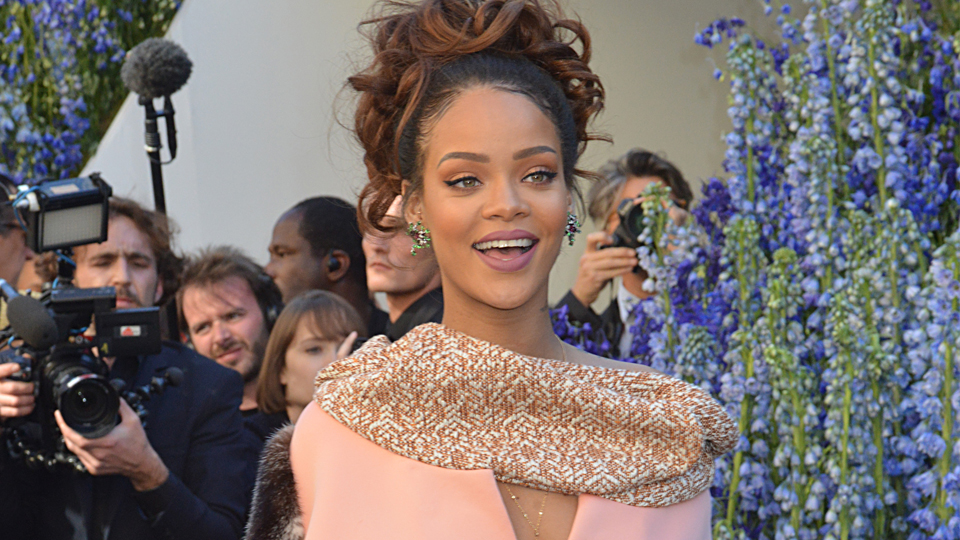 It’s on: Rihanna is officially entering the beauty game, and not just in the form of a MAC collab (she’s already done that, more than once) or a drugstore brand deal. Nope—girlfriend is going all the way, with a complete makeup collection, her very own Fenty Beauty by Rihanna. One nameless “veteran cosmetics executive” told WWD, “Everything with her is off the charts.” Of course it is.

Luxury conglomerate LVMH is estimated to have paid up to $10 million to land the deal, which will run under its Kendo division—this will be its third major color cosmetics project, with Kat Von D Beauty and Marc Jacobs Beauty already under the company’s belt. Naturally, the brand is all super, super stoked to pair up with RiRi: Chief executive officer David Suliteanu said, “Fenty Beauty by Rihanna is a beauty rocket ship that will appeal to a huge and diverse global audience. We are aiming for the stars.”

You’ll have to wait until fall of 2017 to get your hands on the collection—and TBH, probably longer, because it’s no secret how quickly all things Rihanna-approved tend to sell out—but we all need something to look forward to in this life.

The 28-year-old entertainer (that’s putting it lightly) will play a key role in the development of the brand, an accomplishment that will join her 14 number-one hit singles on the Billboard Hot 100 (with 58 weeks at the top of the chart), her 54 million albums sold, and her eight Grammys, 12 Billboard Music Awards, and nine American Music Awards. Meanwhile, I congratulated myself for getting out of bed this morning.