By the time they turn 40 years old, 40 percent of women experience hair loss, according to the American Academy of Dermatology. It’s a staggering number, considering how little hair loss is talked about in women compared with men. Though it’s less stigmatized for a man to experience balding, many women battle hair loss in silence. This is why it’s so important for celebrities such as Tyra Banks, Ricki Lake and Keira Knightley to open up about their experience and show others that they’re not alone.

Hair loss in women can happen for multiple reasons — stress, menopause, diet, rough handling — but one thing is for sure: With lush heads of hair or not, everyone is beautiful, and these celebrities are here to prove that. Though there are a lot of ways to combat hair loss — including over-the-counter medications such as minoxidil — sometimes it’s unavoidable and genetic. To inform yourself about hair loss, we collected empowering stories from female celebrities who experienced and embraced their hair loss. 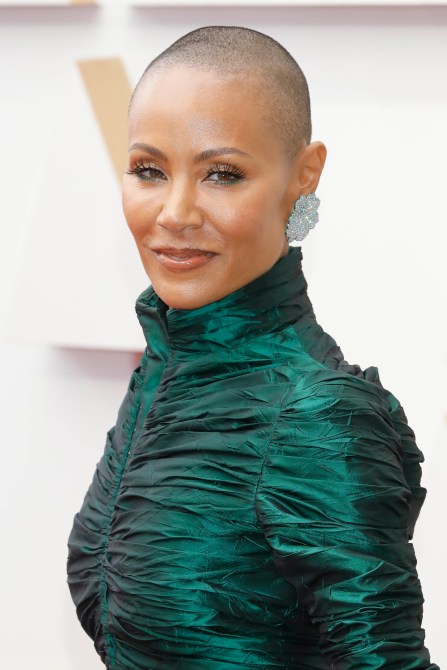 In 2018, Jada Pinkett Smith opened up about her battle with alopecia on an episode of The Red Table Talk. She called her sudden hair loss “terrifying,” but felt she had to speak up as people were asking why she was wearing so many turbans. Her struggles took center stage during the 2022 Oscars when Chris Rock made a joke about Smith’s hair and her husband, Will Smith, was not happy about it. Since then, Smith posted a meme that reads: This is the season for healing and I’m here for it. 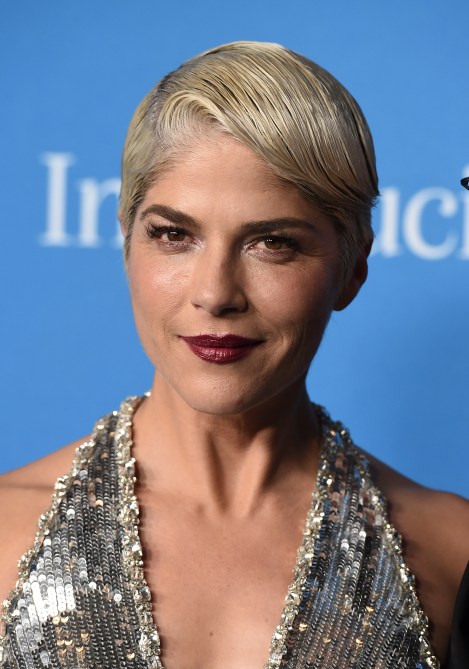 Selma Blair began to experience postpartum hair loss after she gave birth to her son, Arthur, in 2011. In an effort to keep it real, Blair — who, like many moms, experienced the hair loss from changing hormones — opened up about the chunks of her hair that would fall out in the shower and how she would flaunt her bald patches instead of wearing extensions.

Then, in 2019, Blair shaved her head in preparation for “aggressive” chemotherapy for her multiple sclerosis (MS). 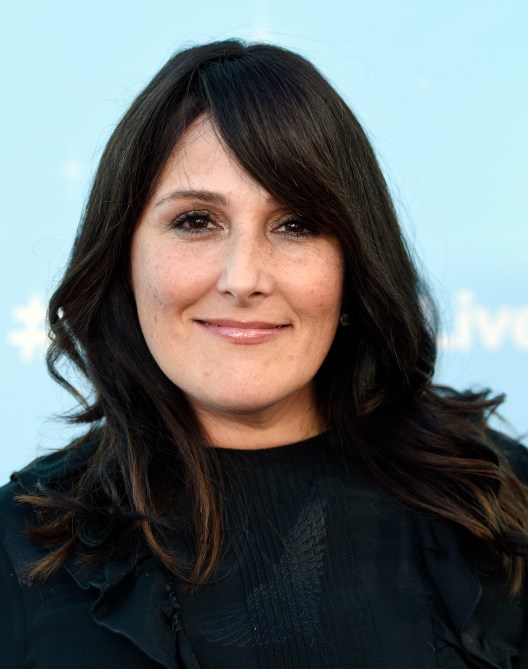 In January 2020, Ricki Lake shaved her head on Instagram, sharing a secret she had been keeping from fans: Lake was struggling with hair loss. It started when she was just 26 years old filming the movie, Mrs. Winterbourne. “I was on a crash diet and that’s when I started to lose my hair dramatically,” Lake told STYLECASTER. Read more of our interview with the talk show icon here. 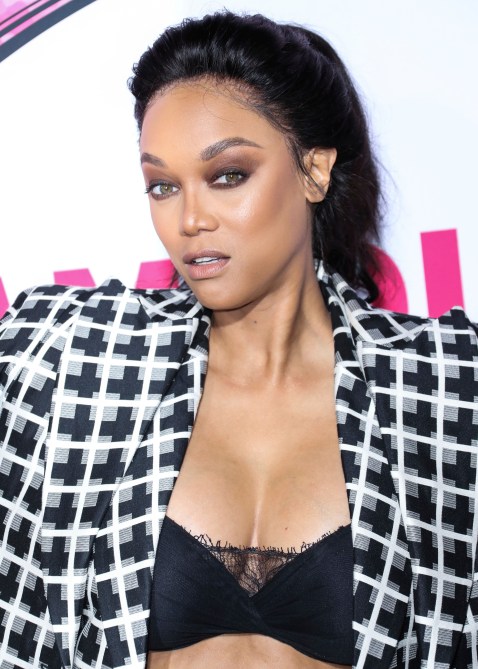 Like a lot of people, Tyra Banks began to experience alopecia areata, the medical term for spot baldness, from stress. Her stress reached an all-time high when she was writing her 2011 book, Modelland, which resulted in her losing her hair.

“Honestly, chilling for me was eating a meal,” she told The Wall Street Journal. “I couldn’t just look at the ocean. And in hindsight that wasn’t healthy. How can I say this without tearing up? I got a little alopecia from the stress.” 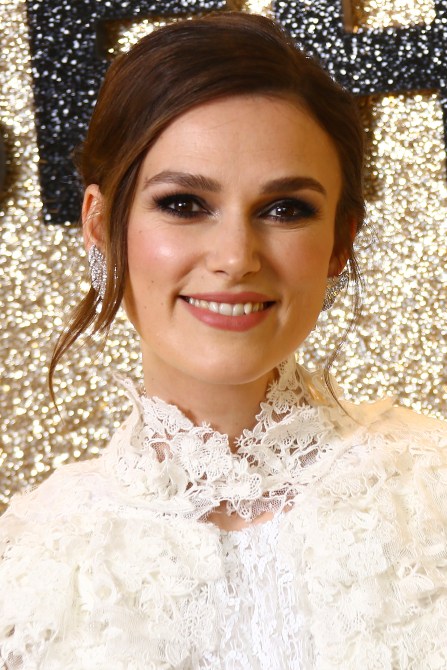 After dyeing her hair for years, Keira Knightley saw that her hair was falling out. The hair loss became so bad that she wore wigs for five years until her hair grew back after she became pregnant with her daughter, Edie, in 2015.

“I have dyed my hair virtually every color imaginable for different films. It got so bad that my hair literally began to fall out of my head!” Knightley told InStyle U.K. “So for the past five years, I’ve used wigs, which is the greatest thing that’s ever happened to my hair.” 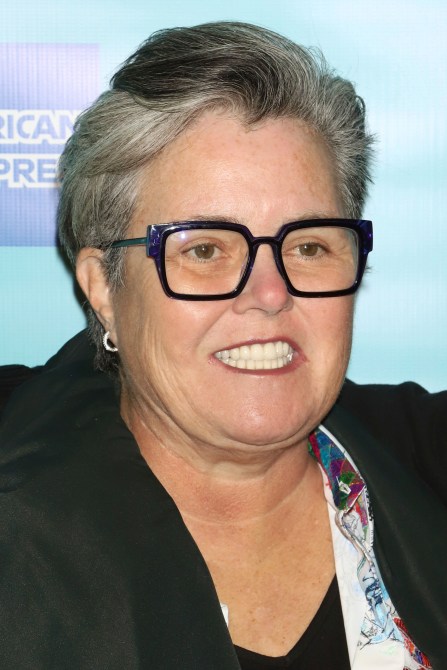 Rosie O’Donnell revealed her battle with hair loss on Twitter with a makeup-free photo showing off her bald spots. The comedian revealed that her hair loss was caused by aging, which is frequent in women over 40. “male pattern baldness … aging is fun,” she tweeted. 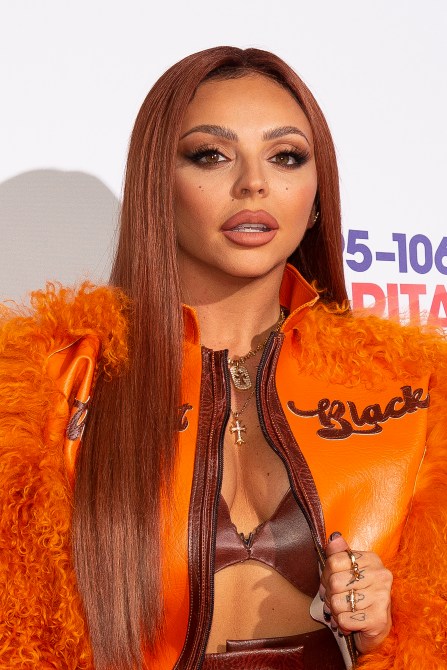 Little Mix member Jesy Nelson began experiencing hair loss when she was as young as 13. In an interview with Fabulous magazine, the singer revealed that she was bullied because of her alopecia areata, which caused noticeable bald spots from stress.

“I was probably about 13 when my hair just started coming out,” she said. “Stress can cause alopecia, and it wasn’t nice. I got picked on because I’ve always liked to dress differently. I’ve never really wanted to fit in with everyone else.” 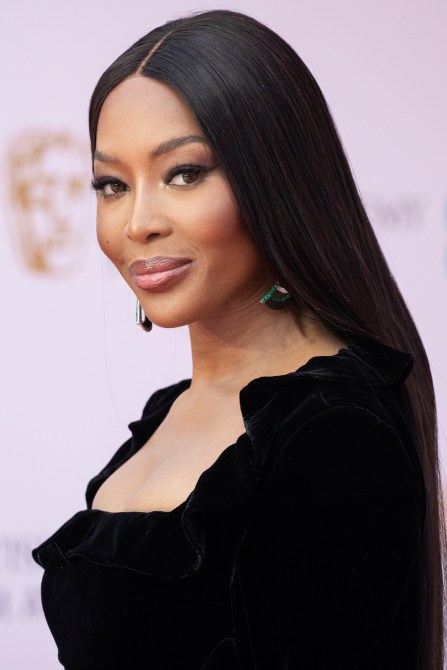 After rough-handling her hair for years with extensions and weaves, Naomi Campbell experienced significant hair loss. She revealed to Evening Standard that she “lost all of it.” Since then, Campbell has become more careful with her hair, leading to most of her bald spots growing back. “I do take more care of my hair now, because I lost all of it with extensions,” Campbell said. “I am more careful, and I do different things.” 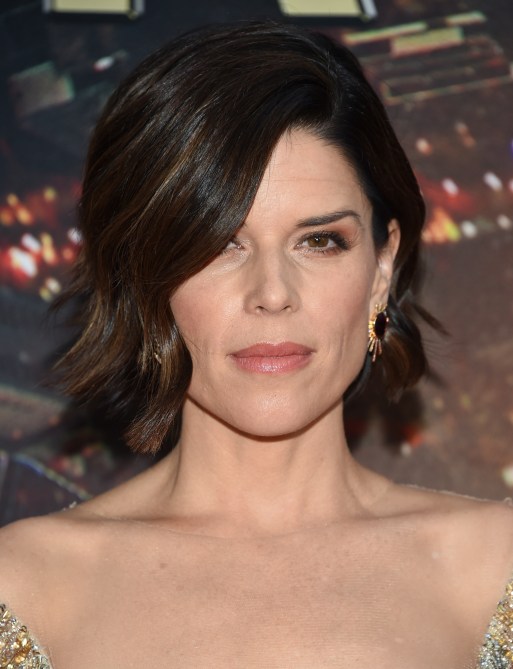 Neve Campbell started losing her hair when she was as young as 23. The alopecia areata was caused by stress from the “Scream” actress’s career, a divorce she was going through at the time and stalkers.

“At 23, I developed alopecia,” Campbell told The Daily Mail.” I was horribly overworked and going through a divorce. Also, I had stalkers and started receiving threatening mail. I was so distressed by it all that my hair started falling out. Life hasn’t always been a bowl of cherries.” 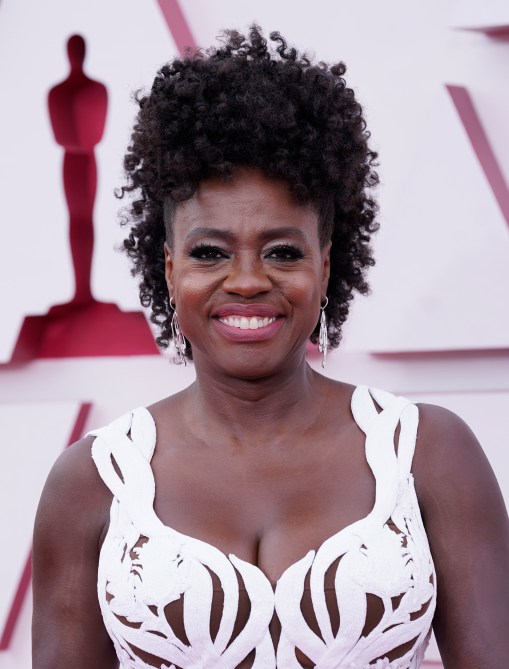 Viola Davis began experiencing hair loss from alopecia areata at 28 years old. After she learned that her balding was from stress, she internalized the struggle until she learned to embrace her hair for what it was. “I woke up one day, and it looked like I had a Mohawk. Big splash of bald on the top of my head,” Davis told Vulture. “I was like, What is this? Until I found out it was stress related. That’s how I internalized it. I don’t do that anymore. My favorite saying in the world is, ‘The privilege of a lifetime is being who you are.’ I am telling you, I have spent so much of my life not feeling comfortable in my skin. I am just so not there anymore.”

Because she was embarrassed by her hair, Davis got into the habit of wearing wigs wherever she went. It wasn’t until she was older that wigs, which she still wears, became an option, not something to hide behind.

After she wrapped the final season of “Sex and the City,” where she played Charlotte York, Kristin Davis began experiencing hair loss. “My hair just was not what it used to be,” Davis told Women’s Wear Daily. “It was very fine, like it had gone away, there just was hardly any hair there. [It] was always very difficult hair, which no one believes when I tell them—it’s always been not quite that easy, but because I had a lot of hair the professionals could help me make it look nice. It’s not like I woke up and I had Charlotte hair.”

At first, Davis ignored it and concentrated on other parts of her life. But when she tried to do her hair one day, she realized she didn’t have much left. That’s when she turned to Volaire hair-volumizing products at the recommendation of her hairstylist, Luke O’Connor. Davis was such a fan of the products that she later became the brand’s ambassador.

Fitness Instagram star Kayla Itsines shared her hair-loss story with her 8 million followers in an effort to destigmatize hair loss in women. She revealed that she has a family history of female pattern baldness, which is why her natural hair is much shorter and thinner than most of her followers think. After giving up on ways to thicken her hair, Itsines admitted that she’s embraced it and encourages others to embrace what they’re self-conscious about, too.

“Yes, of course, I’m super conscious about it, and I’ve tried everything to fix it, trust me,” she wrote. “But, at the same time, I am at peace with it and I will not let it rule my life. So instead I focus on being healthy and happy. This is definitely a really difficult thing to do, and I know from firsthand experience, but it is definitely worth it and you have NOTHING to be shy about, be PROUD.”