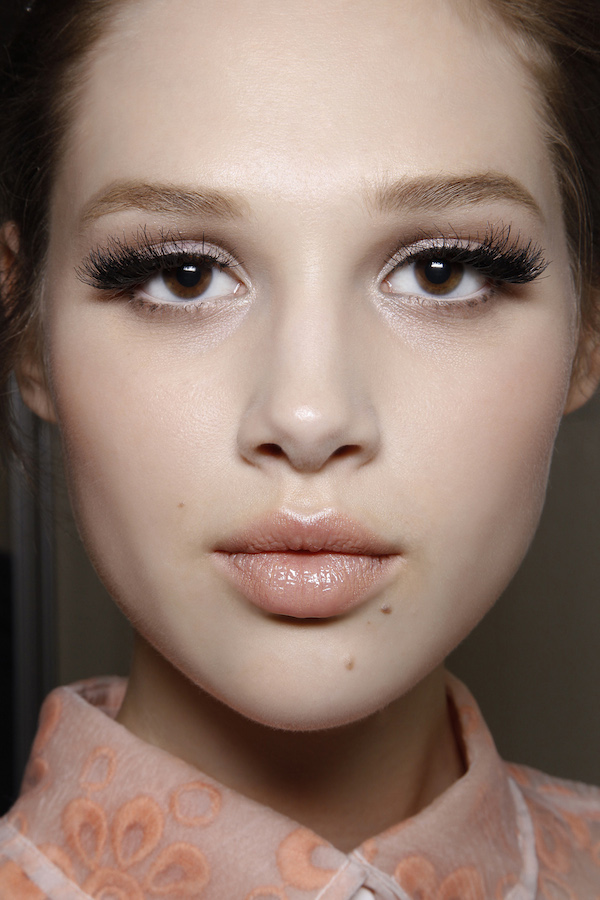 While we love the idea of false eyelashes, the process of actually getting them on can be a pain to say the least. Falsies seem glamorous until there’s glue everywhere, and they’re stuck to your lid, instead of your lash line. Although these problems may pop up more often than we’d like to admit, we have a solution for you – actually, we have six of them. Below, you’ll find our best tips that will make applying false lashes a whole lot easier than ever before.

Snip the strip: Measuring the length of the lash to make sure it fits your eye shape is a must. Chances are, it’s too long and it needs to be cut, so don’t be afraid to do so! Just cut the outer edge off with small scissors and you’ll be good to go.

Bend the band: Lash bands are typically pretty straight and can sit weird on our lash line if we try to apply them straight out of the box. For easier application, bend the lash band before you even try to to apply them! Just wiggle the band back and forth between your fingers in a U-shape, and be prepared to thank us later.

MORE: 10 Things No One Ever Tells You About: Fake Eyelashes

Eliminate oil: Oil will make it extremely difficult for the falsies to adhere to your lash line. So, if you have oily eyelids that just might be the problem. Before applying your lashes, try blotting your eyelids with oil absorbing sheets or sweep a mattifying powder over them. Extra tip: If you plan on re-using your lashes, make sure not to remove them using an oil-based makeup remover, as this will give you the same problem when you go back for round two in the future!

Count to ten: While we’re anxious to pop our lashes on, we need to remember good things take time. Waiting a good ten seconds for the glue to get tacky will make all the difference when trying to apply your falsies. If you try to put the lashes on immediately after applying the glue, they are almost certain to slip and slide everywhere except for where you actually want them.

Look down: Most of us make the mistake of putting our noses right to the mirror, because the closer we get to it, the easier we’ll be able to see what we’re doing, right? Wrong! Placing a mirror below your face is actually your best bet as it will let you get the most clear view of where your natural lashes are, and where your false lashes should go.

Hide open gaps with shadow: Having a little space showing between your real lashes and the false ones is a common occurrence, especially if you’re a beginner. So, before you go ripping them off and trying to reapply them perfectly on point, hear us out first and let us save you some trouble: eyeshadow is the answer. All you have to do is use a matte black eyeshadow to fill in the open gap, and you won’t even know it’s there – plus, it will also help the glue dry faster.