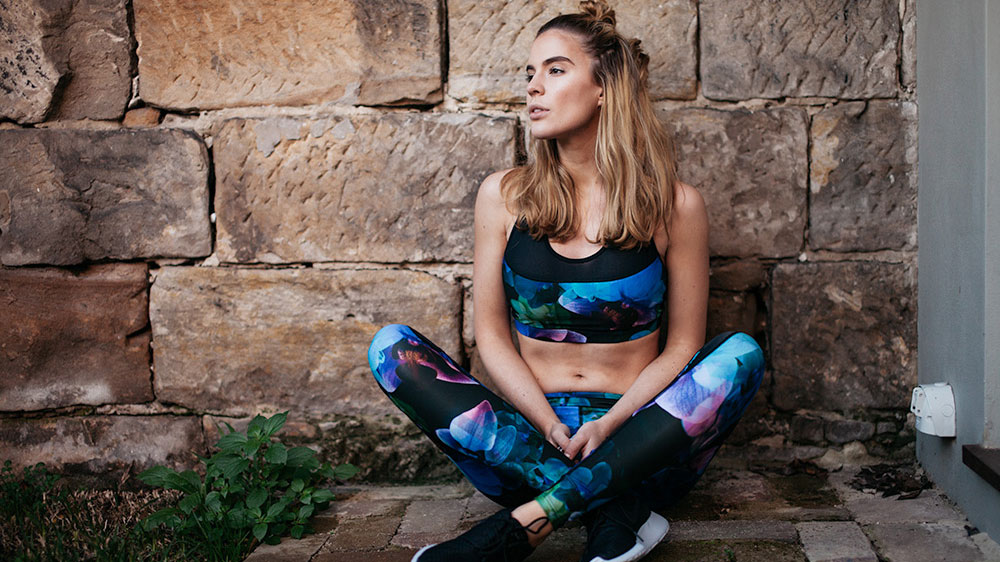 Fitness fads come and go, but that doesn’t stop us from always wanting to try out the next big thing. Whether it’s the fitness class models swear by, the new international workout launching in the U.S., or the superfood blowing up your Instagram feed, wellness trends can often change as swiftly as fashion—so it pays to keep up.

This time of year’s a dangerous one for our health and fitness goals, but it really doesn’t have to be—there are a bunch of new workouts, healthy foods, and wellness ideas to try now—and stay seriously motivated. Ahead, we shortlist of the nine fitness, food, and wellness trends we’ll be follow this fall.

Ask any Australian fitness blogger what workout they do, and they’ll quickly tell you about F45. The wellness crowd Down Under became obsessed with F45 last year, and now the workout is finally expanding into the U.S. The 45-minute class piggybacks on the hugely popular HIIT (high intensity interval training) trend, which you’ve seen fitness blogs buzzing about for the past 12 months.

Rob Deutsch, F45’s co-CEO, confirmed to us that the class is expanding across the U.S., but also globally in New Zealand, India, Philippines, Hong kong, Malaysia, Canada, Brazil, France, Germany, and England.

“F45 is now the fastest growing fitness in the world, with 280 sites sold in the past 16 months and over 150 new studios top open in the next year,” he told us. “It’s the best HIIT training in the world, offering holistic based functional training modules that comprises 16 different systems of programs. Each program targets different energy systems, different exercises and completely different timing, but all in a systemized, technology-based environment with some serious gamification.”

So you want to learn to meditate? Don’t worry, there’s an app for that. In the past learning to meditate was an expensive and time consuming objective, with many courses costing upwards of $700 and taking over a week. Now, all you need is some spare change and a smartphone.

Apps like Headspace, OMG! I Can Meditate, Stop, Breathe, & Think, are experiencing unprecedented success right now—Headspace just raised a whopping $35 million in funding last month, so prepare to see even more of this app over the coming months as it prepares for major expansion.

While the company doesn’t disclose numbers around engagement, it reports three million users in over 150 countries, including celebrities like Emma Watson and Gwyneth Paltrow.

Meanwhile, a newer meditation app, OMG! I Can Meditate, has also noticed a huge boost in popularity in recent months that shows no signs of slowing, reporting to us that their user base has grown a whopping 30 percent month on month since March this year.

“Meditation apps are growing in popularity because people are discovering both the benefits of meditation and the convenience of having a personal meditation coach in the palm of their hand. In the past six months alone, we’ve seen our subscriber base grow by over 2000%,” OMG! I Can Meditate co-founder Garner Bornstein told us. 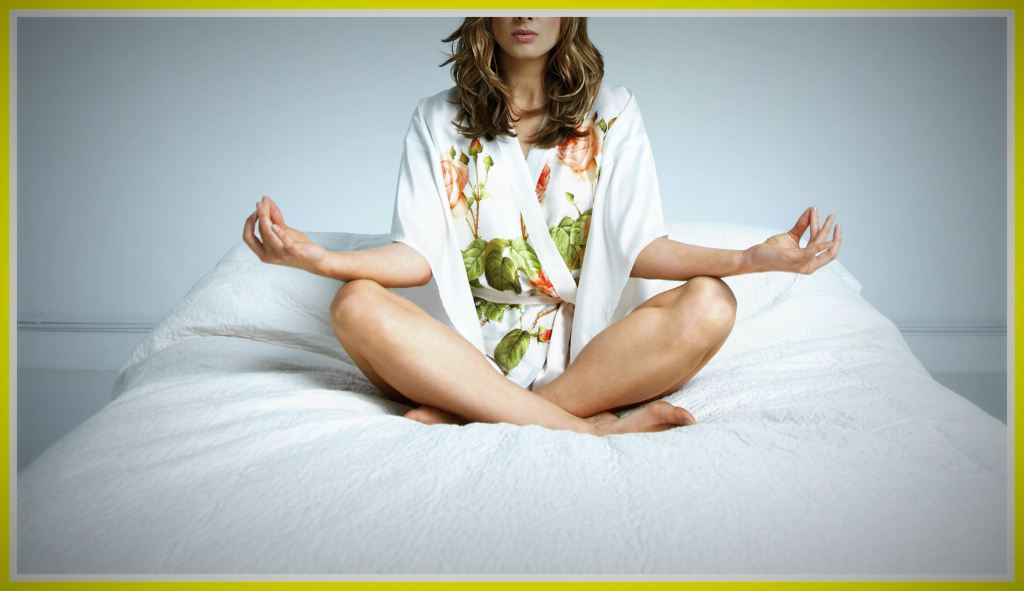 There are two types of yogis: Those who swear by hot yoga, and those who hate it. However, even if you fall into camp two, you might still want to try out InfraRed Yoga, a new class that avoids the general stickiness associated with most heated studios. Likewise, if you’ve binged on hot yoga in the past, you might still prefer the dry heat (read: less sticky!) of an infrared studio.

Y7 Yoga founder, Mason Levey, explained to us how it works: “Infrared yoga heats the body from the inside out and does not blow hot air on you. It’s more of a dry heat, and feels more like Arizona than Miami. It gets your blood flowing and helps to detoxify the body.”

Yoga studios playing live music during classes are popping up on the east and west coasts, with proponents claiming live tunes can help to deepen your practice. Think: Musicians, DJs, or traditional Sanskirt mantras, harmonized. Studios offering the trend include Riffs Studio in San Diego, Fermata Yoga in Chicago, and Moda Yoga in New York City.

Pitaya—aka the prettiest superfood ever—is probably all over you social media feeds right now. With its hot-pink skin and polka dot inside flesh, papaya is seemingly made for Instagram, and it’s in season year-round, so don’t expect this to trend to slow down just because it’s Fall.

Julie Montagu is a certified health counselor, yoga instructor, and has received a certification in plant-based nutrition from Cornell University—and also believes the pitaya trend isn’t going anywhere, and confirms the buzz is totally justified.

“This fruit is a powerhouse. It’s one of the most phyto-nutrient dense fruits around, and the more phyto-nutrients, the healthier the body as photo-nutrients help fight disease,” Montagu said. “Pitaya is so rich with antioxidants that it helps keep the skin tight and young—it even gives acai berry a run for its money with the amount of antioxidants it contains. 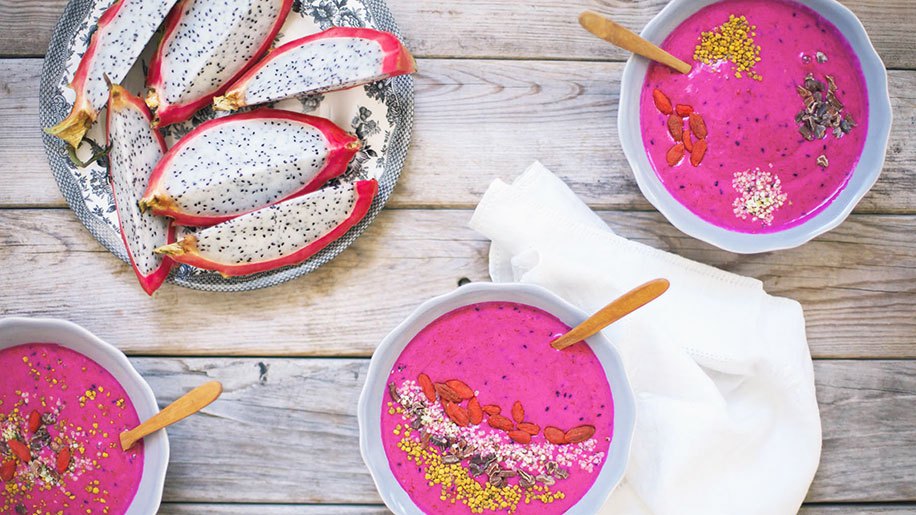 While fitness sensation Kayla Itsines doesn’t release figures about her buzzy equipment-free training program, with 3.7 million Instagram followers and coverage across most of the world’s major digital publications, you can be it’s a huge hit. Itsines’ success is testament to the growing trend towards bodyweight training, which—as the name suggests—involves using nothing but the weight of your own body for resistance and strength-building exercises.

As Kayla explained to us earlier this year, bodyweight programs like hers are incredibly flexible, and designed to be done in your tiny apartment living room, in a park, at the gym, or basically wherever the hell you want–so there are no excuses, even if it’s too cold to leave your home. “You don’t need access to a gym to do my guide –you can workout from the comfort of your own home,” she said. “Many women want to exercise, but feel as though they can’t find the time to do so. The best thing about my guides is that they are very time effective as they are 28 minutes—that’s just two percent of your day—three times a week.”

Finally, the fitness industry’s fat phobia looks as though it’s coming to an end. Some definitive proof: “Fat Water” is fast becoming the drink of choice among the wellness set.

It’s a new innovation from Dave Asprey, the pro-fat advocate who launched Bulletproof coffee (or, as you might remember it, coffee with butter), who of the biggest health crazes of 2014. Fat Water’s a literal mix of fat and water, combining purified water, XCT oil (nano particles sourced from the MCT fat found in coconut), B vitamins, sugar-free natural flavors from fruit extracts, and stevia, with the idea that MCT is the best source of quality energy. Unlike other buzzy health drinks, like coconut water, it doesn’t have sugar, will means your blood sugar levels won’t sky-rocket and crash.

However, like with all fitness trends, it’s probably safest to approach this one with a bit of skepticism: “I think it [fat water] is a fad. It’s not necessary at all for health, hydration, energy or even weight control,” award-winning dietician, Kate Geagan told us. “There’s also no evidence that the amount of MCTs in this product [two grams] will help with weight control or enhanced fat burning. Research that’s looked at this has used a minimum of eight grams.”

This back-to-basics method of working up a sweat is having a hot moment, thanks to to models like Cara Delevingne, Gigi Hadid, Kendall Jenner, and Sara Sampaio who have taken to Instagram to swear by the high-intensity cardio workout. While most of these models train at Gotham Gym in New York, similar classes are available across the country.

Took @Voguemagazine to my home away from home – @gothamgym! So excited to be a part of #Voguefit, hoping to inspire others to find what they love to do to stay healthy and strong in 2015! 💪 @underarmourwomen @lululemon @nike More coming soon, check it all out on Vogue.com xx

Ancient grains like quinoa have been the holy grain of health foods for years now, and now there’s another centuries-old superfood popping up on the health scene: Freekeh. Unlike quinoa, it’s not gluten free, but it is incredibly healthy: “Because it’s an intact whole grain, which means you get the package as nature intended, it is an excellent source of fiber–actually about twice as much as quinoa per serving. Fiber, of course, is good for digestive health, slows blood sugar rise, and keeps you fuller longer after a meal, and can even be a source of prebiotics for your ‘good bugs’ in your microbiome. Freekeh also packs twice the protein of brown rice and is a good source of B vitamins, calcium, iron and zinc.” Geagan told us. 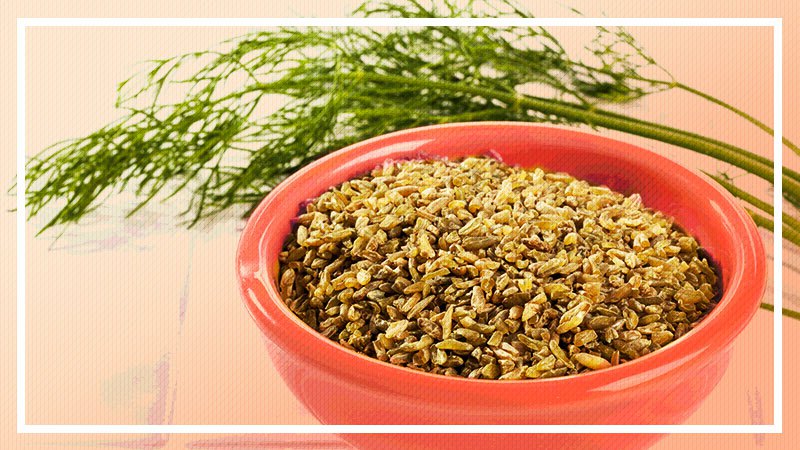 MORE: How to Break Into the Booming Wellness Industry