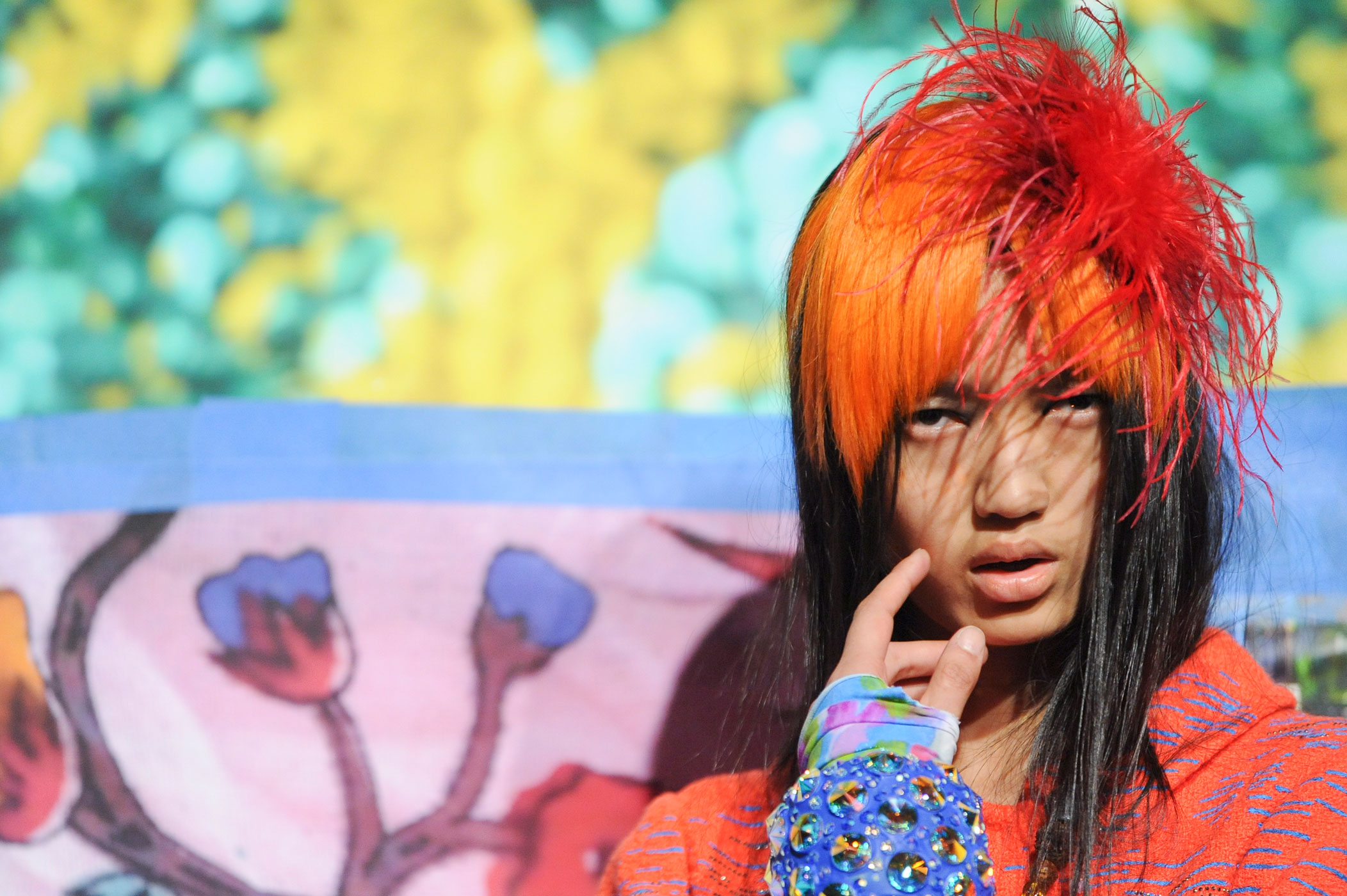 As most of us know, pulling a fashion show together takes teams of people and months of planning. From figuring out which fabrics to use to determining which lip color will coordinate best, every detail matters. Over the course of New York Fashion Week, we’ll be sharing with you the “Life of a Look” in which a select few MAC Cosmetics artists walk us through each crucial step of planning the look for their shows.

MAC’s Senior Artist Chantel Miller took us through her week as she prepared the beauty look for Libertine’s Spring 2013 show below. Read through all of the events that lead up to the big day, from testing out looks to working with her team.

I arrive at the test to hear the sounds of vintage French music. It’s the same room as last season and cameras are already rolling on the scene, recording every moment of the test. The clothes are even more colorful this season: light and flowy frocks with bright patterns, a very “swing shift, cool.”

Odile is just finishing the hair; she has created custom dyed fringe in acid orange and neon yellow. The fringe will be accented with a bright red and black plume of feathers on the side of the head. Immediately I want to redact all of my previous ideas and just have a clean, scrubbed face be the look.

Instead, I receive ideas from Johnson reminiscent of opium den nights and speakeasy girls. He is thinking of a ’20s eye in black, accented with shades of bright lime green with a pinched lip in red.

I know in my heart that this has to be about the clothes and the accent offered by the hair. A grand makeup statement here could push the coolness of the girl over the edge. But hey, a makeup test is about trying ideas. I know the label loves a deconstructed black eye so I decide to go for the gusto (go big or go home). I know I have a strong opinion, but let’s start with the biggest idea and deconstruct it from there. 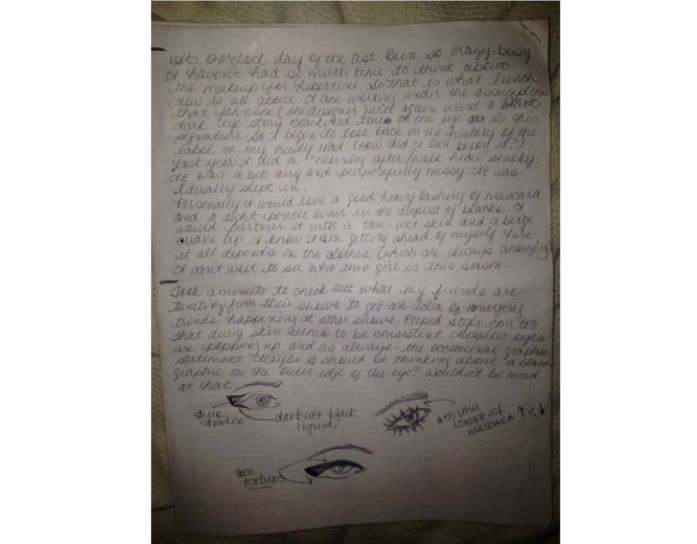 The first go around really was not what any of us wanted all in all. The makeup told the story that this girl is way too cool for that big of a look. We tried a red lip, we tried a violet cheek and we tried a sepia blush.

In the end, we got this amazing rectangular shape, watercolor wash of MAC Pro Crème Liner in Black, low on the lid, with a heavy lashing of constructed, yet messy lines against the lash line. Extended Play Lash at the root of an unfurled lash, added the perfect texture clash – and there you have our Libertine Girl. No foundation at all, but perhaps a touch of spot cover, and a barely concealed lip finishes it off. It just tied it all together. I won’t lie, I was a little scared for a moment, but I was thrilled in the end! 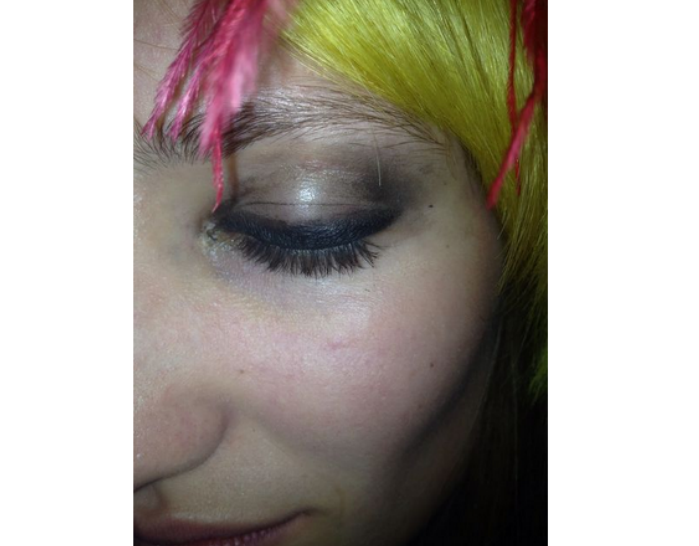 For some reason, I’m a little nervous (which is unusual) but I know once the makeup starts flowing, all will be good. We didn’t need to even pull product for the show as MAC PRO Black Crème Liner is all we are using and every makeup artist has that. I decided that it would be a bit unfair to ask a team to re-create a deconstructed eye, so after talking it out with my first assistant for the show, we decided I would demo the application of the eye and myself, Kelly (my assistant and great friend) and MAC Senior Artist Nichole Thompson would be the one to remove and deconstruct the makeup into its final look. This was a smart idea for us because it created an incredible flow and the team was really successful.

The show was about the girls and guys playing in groups, posing almost as if they were shooting small editorial groups. The music, the girls, the hair, the makeup – Libertine SS 2013 moment of perfection! 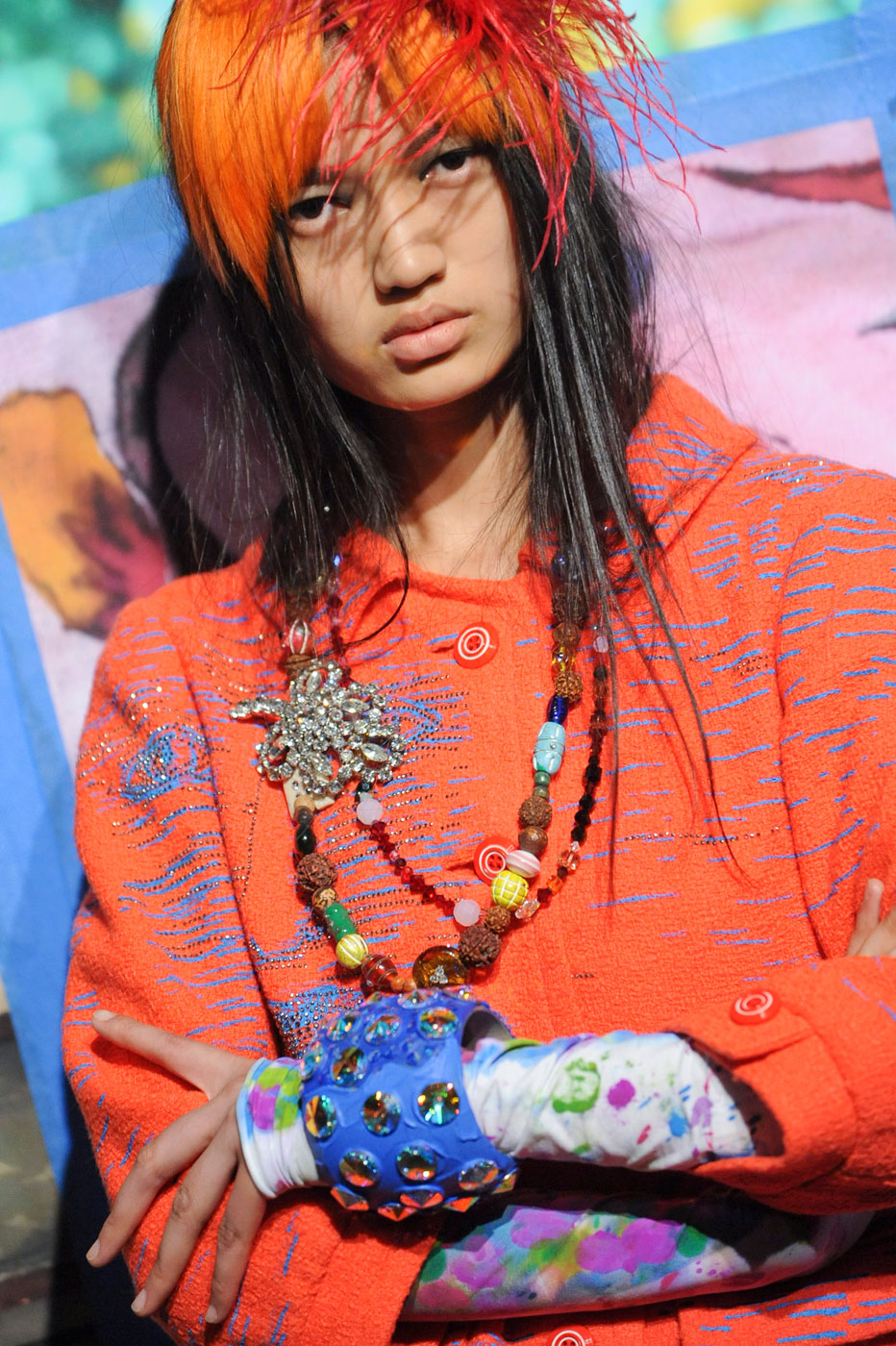 Images via Imaxtree and MAC