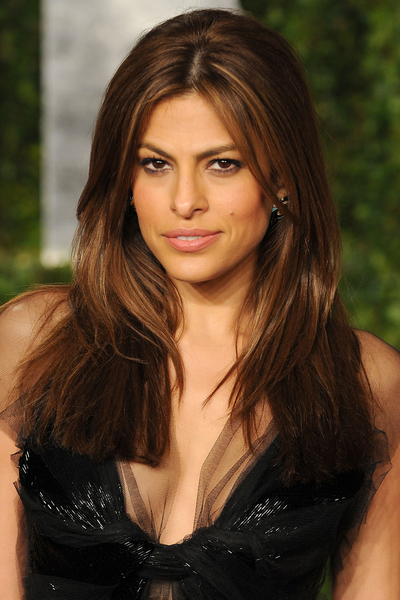 Eva Mendes has replaced Naomi Watts as the face of Thierry Mugler’s Angel fragrance. While the company is known for replacing its spokesperson every few years, a press release revealed the 36-year-old actress was chosen because they hope to play up the fragrance’s “sultry” qualities.

The release said, “While Naomi Watts’ ethereal beauty embodied the angelic aspect of the fragrance, Thierry Mugler chose to reignite the enticing and explosive dimensions of the fragrance with the sultry Mendes, though her obviously flawless physical beauty is in perfect harmony with the artist’s aesthetic canon, Ms. Mendes mesmerized Mugler with her independence, determination and humor.”

Eva, who was previously the face of Calvin Klein’s Secret Obsession perfume, will begin appearing in advertisements for Thierry Mugler from September.

Earlier this month Eva followed in the footsteps of supermodel Helena Christensen and British beauty Kelly Brook to be named as the new ambassador of Reebok EasyTone. The brunette beauty said she was thrilled to take on the role because fitness is so important to her. Mendes explained: “I feel better when I’m in good shape. Between long days on the set and travel, it’s not always possible to get a full workout in, so I have to make the time I have count. As an actress, being fit is so important.”

Try on Eva Mendes’ hairstyles in the Makeover Studio!