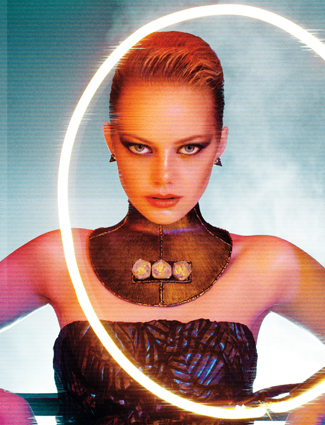 Emma Stone graces the September cover of Interview, and she is killing it. Her hair and makeup definitely give off a futuristic vibe, and guess what? In the future, Emma Stone is just as hot. –via Styleite

The world can now breathe a sigh of relief. Snooki gave birth over the weekend to a baby boy, Lorenzo Dominic. Does leopard print come in blue? –via People.com

Mandy Moore is working on a new album with hubby Ryan Adams. Moore said of the collaboration, “It felt like a no-brainer. I’m not trying to play a different role but with him I get a different sound, a different way of writing and I like that.” –via The Wall Street Journal

New teaser videos for Lady Gaga’s perfume, Fame, have been released. And yes, they’re just as weird as you might expect. –via Styleite