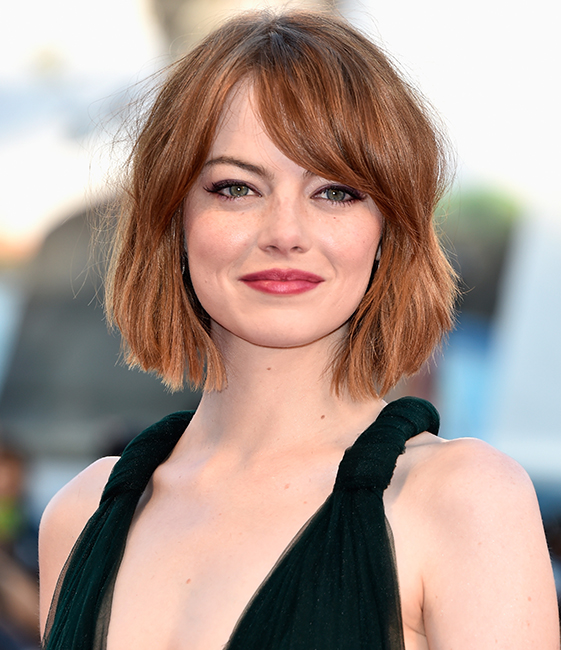 Just when we weren’t looking, Emma Stone went and pulled a hair switcheroo. The last time we saw the star (you know, at dinner and drinks!) she was sporting some of the longest locks we’d ever seen on her, which we went right ahead and assumed were extensions considering the change was rather… sudden. Look, we know hair doesn’t grow that fast.

Fast forward to just over a month later (as in, right now): Emma appeared at the Venice Film Festival last night with what appears to be a newly shorn bob. The shorter chin-grazing length is just right, and the choppy angled ends give her naturally fine hair some serious texture, which every fine-haired girl knows is a major score.

We did love the long, wavy look on Emma, but we have only good things to say about this new hairstyle, too. It sounds totally cheesy, but the girl could probably pull absolutely any look off anyway. Let’s just put it out there—as long as she sticks with the red, we’re cool with any way she cuts it. 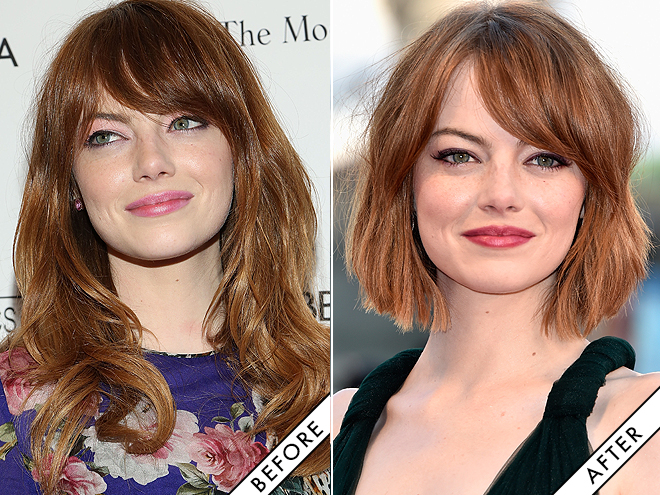