Lately, we’ve been hearing a great deal about an alarming new diet trend: “cotton ball juicing.” Apparently, teenage girls (and some models, reportedly) are dunking cotton balls in juice and then eating them. Yes, eating them. Why? Because their thinking is that cotton balls have a sponge-like effect, so they’ll expand in their stomachs and fill them up without filling them out.

For starters, cotton balls are not food—they are indigestible objects. And as such, eating them can form a bezoar, which is basically a giant mass of undigested material that becomes trapped in your stomach. “That can cause an intestinal obstruction, which blocks your bowel movement,” says Josh Davenport, M.D., an emergency room physician.  What’s more, cotton balls are rarely even made of actual cotton! Nope, they’re made of mostly synthetic fibers, a.k.a. plastic—so it’s essentially like eating a button. Not good. 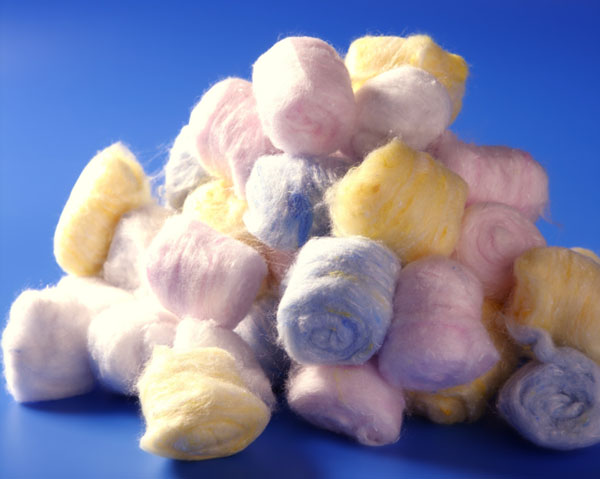 Finally, there’s the whole malnutrition thing. Since cotton balls aren’t food, they don’t contain nutrients, so you can’t survive on them—even if you dip them in juice. Michelle Davenport, Ph.D. and R.D., breaks down the numbers: “There’s going to be about a tablespoon of juice in each cotton ball, meaning each ball will contain about 5 calories. So even if you have 100 balls a day, that’s only 500 calories, which is not only not enough to live on, but it’s totally incomplete. We need to feed our bodies so many other nutrients to survive.”

So there you have it, folks.  If you’re trying to slim down, do not go the cotton-ball route. Rather, check out our weight loss tips that don’t suck instead.

MORE: The Color That Makes You Eat Less