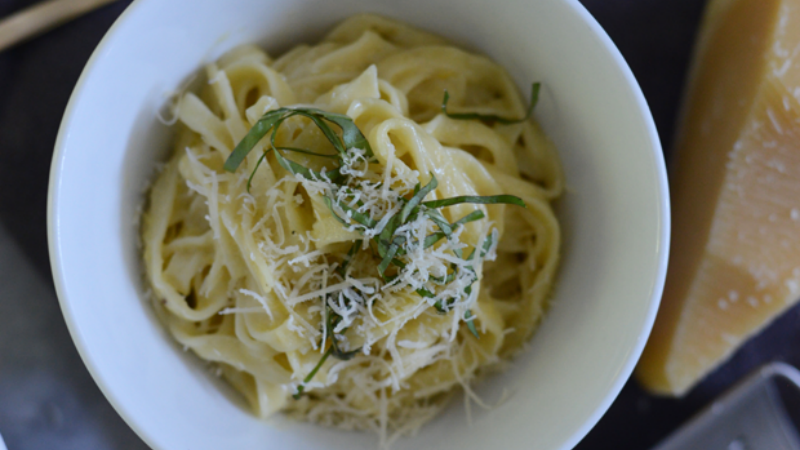 Ever since the Atkins diet became thing in the late ’90s, eating pasta basically became akin to gorging on a box of Ho Hos, and—since then—enthusiasts have been patiently waiting for the day that eating a plate of truffle-infused gnocchi wasn’t a social faux pas.

MORE: Why Are So Many Celebs Vegan?

That day might be here. The BBC show “Trust Me, I’m a Doctor” recently experimented with cooking, cooling, and then reheating pasta, and found that noodles turned into resistant starch when heated up again, reducing the rise in study participants’ blood glucose by 50 percent.

The thinking goes like this: Because pasta is a carbohydrate, it’s absorbed as simple sugars when our bodies break it down, making our blood’s glucose levels rise. The body then releases insulin to get blood glucose levels down, and it’s this reaction that leaves you feeling sluggish and hungry quickly—even after a big meal—which is why nutritionists in recent years have emphasized the importance of fiber. Researchers in this study believe that cooling and then reheating pasta makes it resistant to the typical reaction, and more like eating fiber.

The study’s lead doctor told The Independent: “We can convert a carb-loaded meal into a more healthy fiber-loaded one instead without changing a single ingredient, just the temperature. In other words our leftovers could be healthier for us than the original meal.”

The doctors involved in the study are going to continue researching this, since the sample size was pretty small, but a day when pasta is considered healthy? Bring it on!