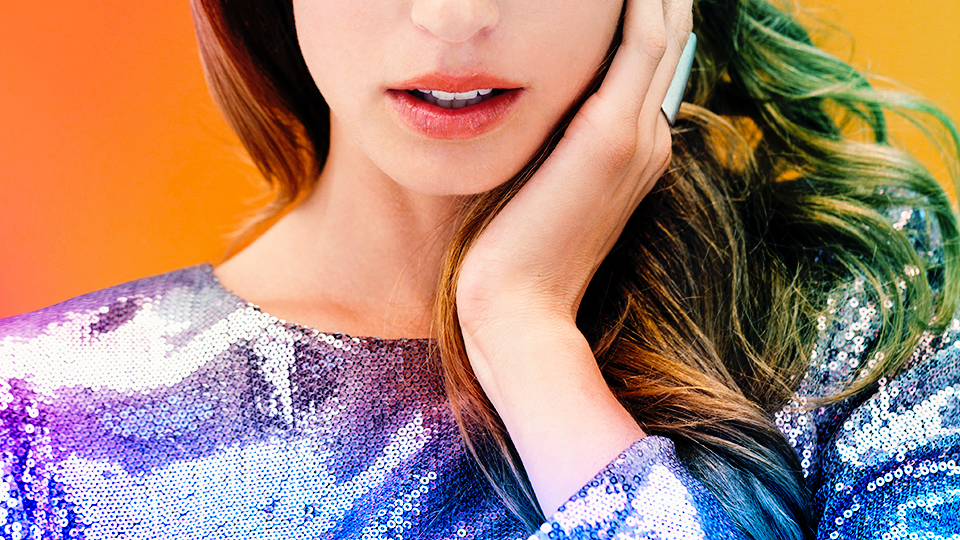 “You’re being a chicken,” my life coach told me matter-of-factly. Within minutes of our first meeting she also called me a brat, and that I needed to “aim higher.”

I’ll be honest: I’m not the type of person who thought they’d ever even consider seeing a life coach—the term itself is too touchy-feely, and the only therapy I’ve had is the free kind you do over spicy margaritas with a group of girlfriends. However, I got swept up with some pretty grand resolutions this year, and decided I needed to outsource my goal-setting immediately if I was to be a successful adult in 2016. Which is how I found myself chatting with Laurie Gerber, life coach, every Monday for over a month. And, while I approached my first session with more than a little doubt, it took all of 10 minutes until I was hooked—and six sessions later, I tell everyone who will listen (and some who don’t) why they need to invest in a life coach. Hear me out, skeptics.

Gerber has a degree in education, has been working as a life coach for about 15 years, and has positioned herself as an expert in all things professional development, also appearing on programs like the “Today” show and “Dr. Phil.” Early on she explained to me that the ideal candidate for coaching is anyone who “wants to be happier, dream bigger, be more effective or who is struggling with their career, health, love, or other relationships.” And sure, that felt a little Gwyneth Paltrow for me personally at the beginning, but one month with Laurie has significantly changed my relationships, bank account, and home.

Before our first session I did some homework, filling out a three-page questionnaire probing me to think long and hard about what felt wrong and right in different areas, including my love life, finances, career, personal space, and friendships. This activity took a solid hour and involved giving each of these areas a rating from one to 10, and if the rating was below seven, I then had to write a heartfelt paragraph about why it wasn’t up to scratch, which was pretty confronting. I love my job, I’m exercise-obsessed, have a clique of friends that put Taylor Swift‘s to shame and a tight family, which left three areas to focus on: Love, finance, and personal space. 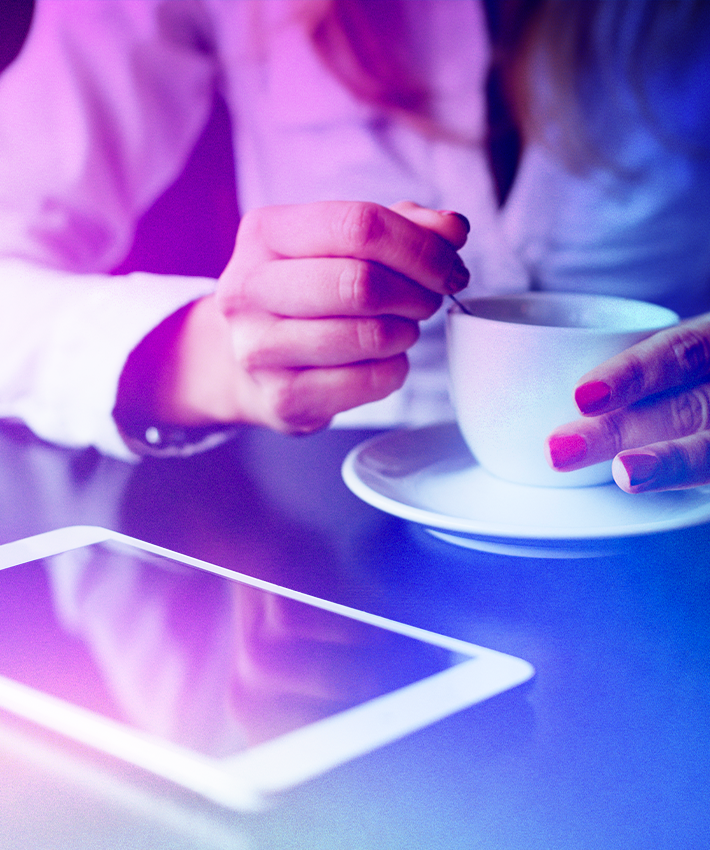 During my second chat with Laurie she had already read my homework so there was no wasting time chatting about my feelings. Instead, she jumped right in and explained that people use various excuses to justify why they don’t have the life they want. For me, I haven’t reached my financial savings goals since moving to New York because I tell myself I deserve to spend cash on travel and going out while I’m young, and that it’s totally fine because I don’t have any debt, you guys, and I’ve “always been this way,” a phrase she said a lot of people use to validate bad behavior. There was absolutely zero bullshit throughout this conversation–Laurie called me out on the bratty inner dialogue I used to excuse poor decisions (“I deserve this”) and called me a chicken for failing to exercise self control. In an hour she helped me get to the root of my negative patterns, from big things like bad relationships, to the smaller things like rushing out the door without making breakfast or working from my bed late at night when I know I’m more productive at my desk.

I’m too pragmatic to happily spend an hour talking about my emotions with a virtual stranger, so I was genuinely thrilled that each coaching session was action-focused, and I left the hour with a set of tasks to do over the following week to help me first work out exactly what my goals should be, and then nail them.

For my next homework assignment, I had to write my dream scenario for the three areas in which I scored worst: my love life, finances, and personal space. This was hard, and involved picturing what I want each area to look like in one year’s time. Laurie explained that this helps clients like me nut out exactly what it is they want to achieve, and to create a vision that they can return to for motivation. She said that this activity helps “clients learn to articulate what thy want in a very inspiring way, bust their own excuses and negative theories, control their inner dialogue and make and stick to action plans in service of their dreams.” Inspiring stuff.

Within a couple of minutes of session three, it was clear I’d fucked up my homework—my dreams weren’t big, inspirational, or generally “dreamy” enough, and I apparently wrote about my love life with about half as much passion as I talked about my career, because I’m obviously dead inside. She made me consider what I desire in a relationship and a partner (fun, ambitious, well-traveled, drinks red wine like it’s water) and start thinking seriously about whether the guy I’ve been dating for the past three years fits that vision. She also helped me work out why I really want to save more money (financial independence, self respect.)

To be honest, I’ve always been big on goal-setting, however I’ve never paid much attention to areas other than my career, friends and family, and traveling, so it was confronting trying to make big plans for parts of my life that I really hadn’t prioritized in the past. Together though, we were able to amp up my dreams a little, until we were both happy with three mission statement-like paragraphs to describe the areas I wanted to work on (love, finance, personal space.)

For those trying this at home, the next step is called “purge and consequences,” and it’s when you really start noticing some big changes. The first step, purging, involved talking through and writing down all of the reasons why I don’t have my ultimate life when it comes to love, money, and my home. Next, came the promises: A list of things I would do to make my vision a reality, and a consequence to be enforced if I didn’t. For example, if I didn’t hit my weekly savings goals, I wouldn’t let myself drink the following week. Likewise, I had to sit down with the boyfriend and have an honest conversation about things we both want from a relationship that we’re not getting at the moment—a chat that has since opened up a much more open dialogue and that’s been really good for me (and also him.)

It wasn’t all heavy stuff though, one promise is simply that every evening I bring home media samples from publicists without unpacking them immediately (this causes a big mess by Friday, trust me), I have to donate an item of clothing to the street—which I heartbreakingly had to do once, but then didn’t break the promise again. 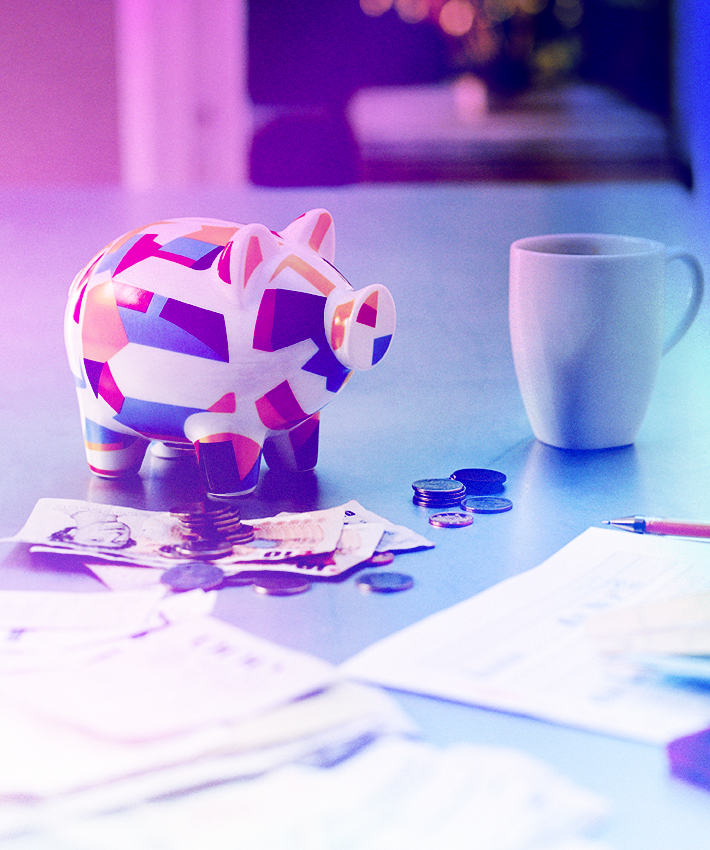 I have about 10 promises under each category, and the combination of the consequences and knowing Laurie would be checking up on me forced me to keep them. In the past five weeks I’ve had uncomfortable but necessary conversations about my relationships, kept my one-bedroom apartment the tidiest it’s been ever, completely edited down my wardrobe and purged myself of 50+ pieces of clothes I don’t wear anymore, and—the kicker–have saved more money than I did in the previous five months. Hell, I’m even investing my money and find myself obsessively checking the stock market, which is something I never thought I’d do.

Like all good things, life coaching doesn’t come cheap–sessions start at around $100, while more senior coaches like Laurie will set you back $400/hour. It’s usually recommended you commit to 12 sessions at least, so if you’re interested check out all the prices at Handel Group here (they offer phone coaching which is great if you’re not in New York) or sign up for a free consultation.

Yes,  most of my friends think I’m crazy for seeing a life coach, until I tell them about the changes I’ve made to big-ticket areas of my life and how much more clarity I have about what I really want my life to look like. I know it’s a big investment, but trust me when I say it’s totally worth it.