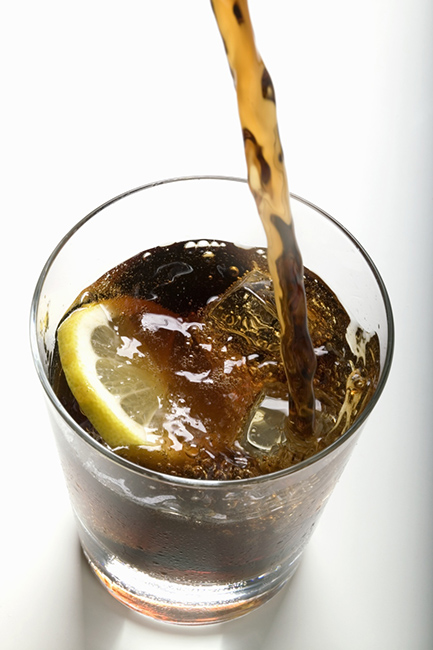 Diet soda saw just a few years as a healthy, delicious, calorie-free wonder before studies revealed that the zero-calorie beverage actually caused weight gain. Now, a new study is claiming the exact opposite. The clinical trial, which was published in the June issue of Obesity, found that those who drank diet beverages lost more weight and felt less hungry that those who only drank water. So let’s get this straight—we can skip the crazy diets and juice cleanses to lose weight, and all we need is a daily trip to 7-Eleven?

Not quite. The first rule when analyzing the validity of any study is to check the funding. Turns out this study was fully funded by The American Beverage Association which, as you can imagine, is financially backed by companies like Coca-Cola. San Francisco-based dietitian Katie Ferraro dived deeper into other factors that may have altered the results.

The group that was restricted to only drinking water was regulated to only three cups of water a day, which isn’t even close to a sufficient amount. “The same part of the brain that targets hunger also triggers thirst,” says Ferraro. When you don’t have something to drink, you’re more likely to turn to food. Another problem: Those in the soda group were able to curb their sweet cravings with diet soda, while the water group would have been forced to consume extra calories. Lastly, those who were regular soda drinkers and were now turning to diet would easily lose weight—that’s just how it happens. “There’s nothing magical in the diet soda that helped people lose weight. At the end of the day, what you put in your mouth and how much you exercise still really matters when it comes to your weight,” Ferraro says.

What we do know about diet soda: It changes our taste perception, which can lead to weight gain. “Almost everyone we see initially uses artificial sweeteners of some kind, whether it be in coffee, diet soda, yogurt, pudding, or low calorie salad dressings,” says Stephanie Goodman, CNC, a co-founder of The Nourishing Gurus. “They often give our clients a false sense of health or calorie savings. Artificial sweeteners change taste perception—because they’re much sweeter than natural sugars, sugar subs can actually reset your taste buds. This doesn’t allow your body to ever adjust to the taste of less sugar and appreciate natural foods that are less sweet.”

We knew it was too good to be true.

Read more: 9 Fall Superfoods You Should Eat Every Day