Here’s a delightfully disturbing news story to start your week off right: According to a story in the Daily Mail, one British woman suffers from actual, bona fide Diet Coke addiction. Single mother of five Jakki Ballan drinks up to 50 cans of the sugar-free substance every single day. That means up to three cans every waking hour, assuming she’s awake for about 15 hours a day.

Is this healthy? Nope. Because of her addiction, Ballan suffers from “constant headaches” and has recently started to experience hallucinations. “‘I see strange things like oranges flying across the room,” Ballan tells the British publication. “I dread to think what my insides look like.” Um, we do too.

According to the story, Ballan goes ballistic if she doesn’t have a constant supply of the soda at her disposal at all times. “I’ve only got one bottle in the house so I’m feeling quite panicky,” she describes. “I’m sweating, shaking, and pacing up and down.” These all sound like legitimate symptoms of withdrawal to us; every time we crave Diet Coke from here on out, we’ll be thinking about this terrifying scenario.

We’re not the only ones: Scientific studies far and wide have shown that over-consumption (and even moderate consumption) of diet cola has widespread negative effects on your health. One 11-year Harvard study revealed that amongst 3,000 women who drank diet sodas, many experienced twice as much risk of kidney disorders, to the tune of a 30% drop in kidney function with just two cans a day. Another study by the University of Texas revealed that drinking only three diet sodas a day increases your chances of being overweight, and expands the average waistline by 500%.

Have you ever pondered that you might be addicted to Diet Coke? Sound off below! 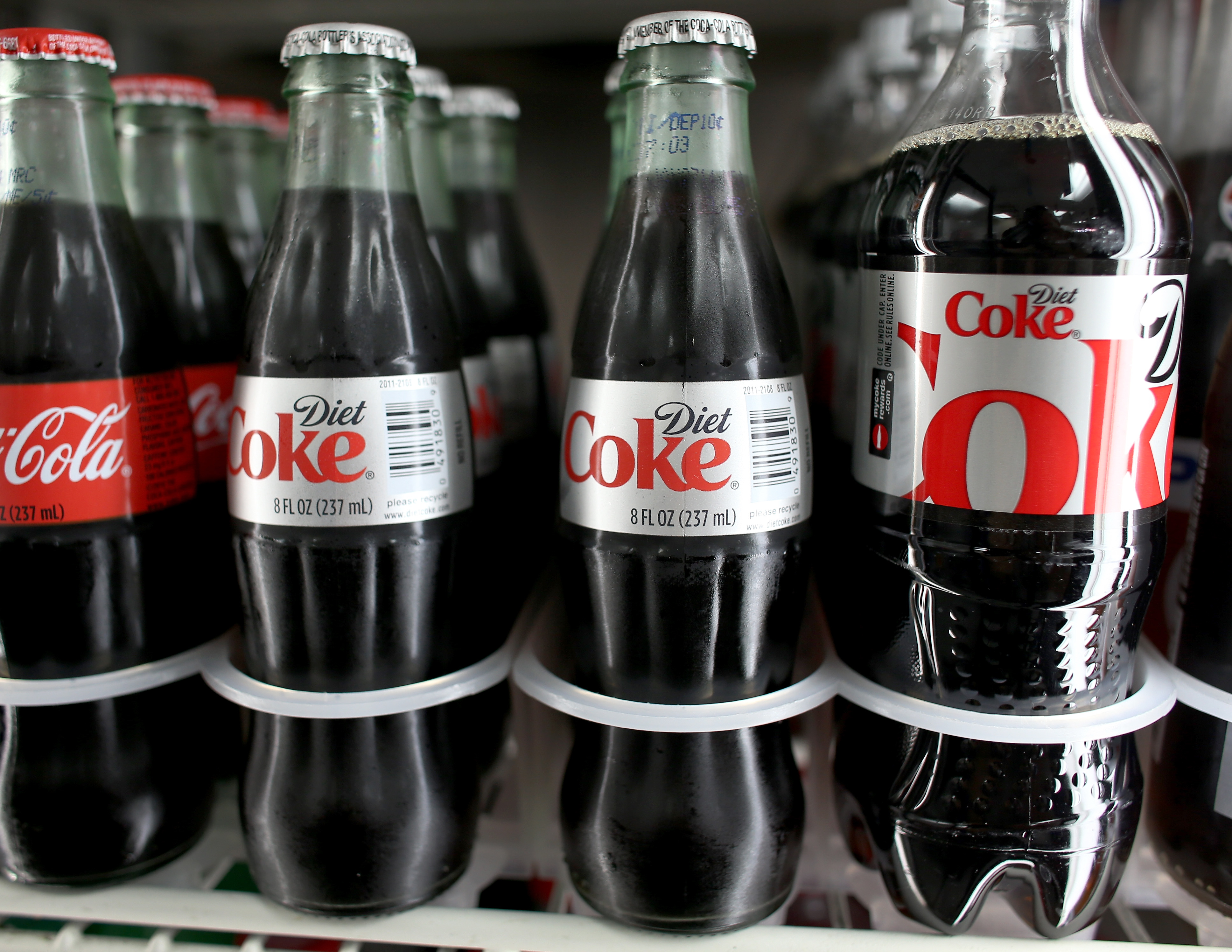