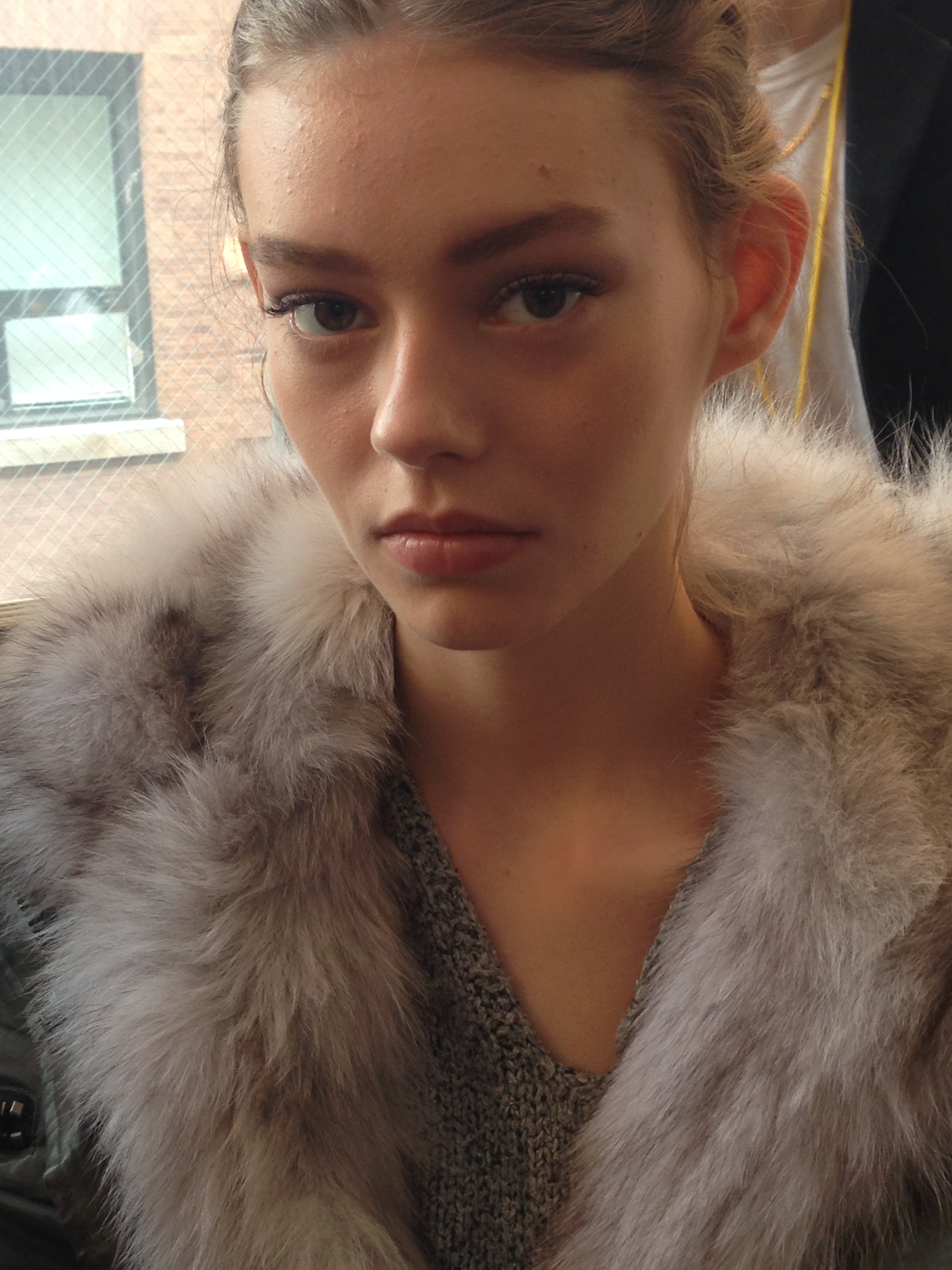 We’re fans of the creative and over the top looks at New York Fashion Week, but we always love a look that we can easily translate to every day wear. Backstage at Diane von Furstenberg, the hair and makeup was inspired by glamorous refugees in Russia, girls who are in the ballet, but are at rehearsal, not a performance. In short: The look was “wearable ballerina.”

Lead makeup artist James Kaliardos for MAC Cosmetics told us, “The look is inspired by ballet, but it’s not all revved up. We’re doing a taupe shade on the eyelid, and Haute and Naughty for mascara on uncurled eyelashes.” Over the top of the taupe eyeshadow, James used a clear gloss to give the eyes just a bit of sheen.” Apply the gloss gently, without much rubbing so the color doesn’t move. If you’re wearing this and the color starts to crease, move it down a bit just with your finger to keep it looking clean.” As for the rest of the face, James used MAC Sculpting Powder under the jawline, which helps to make the face look a bit more sculpted in photos.

MORE: How to Get the Perfect Ballerina Bun

Orlando Pita, lead hairstylist for BioSilk, made the gorgeous ballerina buns at DVF. Each girl got a cocktail of BioSilk products based on their hair type. Orlando used his fingers to make bigger lines (separations) in the hair, then pulled it up into a ponytail. Next, he turned the hair around itself into a loose, messy bun, reminiscent of what a ballerina would wear while rehearsing. Whether it’s date night or brunch with the girls, this look can be taken right off the runway.