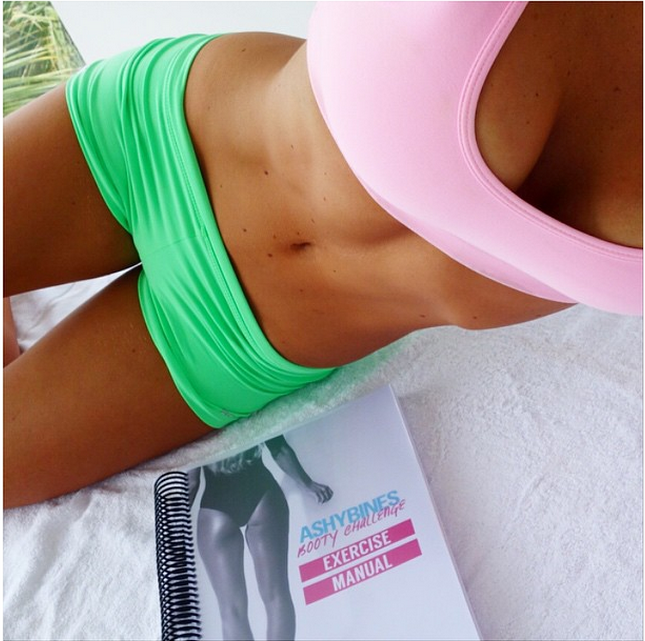 Before I go any further, I’d like to make one thing clear: I love getting inspired to exercise and eat well every time I open Instagram. My feed is always filled with fit, healthy, strong women, many of whom are fitness bloggers and friends, and most of whom don’t claim to be anything other than health-conscious women sharing glimpses into the lifestyle they’ve chosen to lead.

I’m also guilty, however, of following a certain breed of social media-savvy, super-fit women who assume the position of health experts, despite having no professional qualifications. I’m realizing now that this is not okay. A flat stomach does not a nutritionist make.

There have been three major scandals in the wellness blogging world of late, all of which lift the veil on health influencers who are frighteningly unregulated–and unquestionably followed by hundreds of thousands of eager fans.

First, we need to talk about Australia-based health blogger Belle Gibson, author of The Whole Pantry. You might have seen Gibson’s story hit headlines recently, but if not here’s a rundown: She was diagnosed with terminal brain cancer a few years ago, and now is completely free of the disease–without using any conventional medicine.

Gibson developed a 189,000 follower-strong Instagram following and launched a recipe app, all based on her story and her lifestyle. Except in came out in March that Gibson–who long championed “natural” cures to cancer–may not have ever actually had cancer. Both The Daily Mail and The Guardian are reporting that Gibson’s publishers never even verified her health claim before releasing her book.

Then there’s Food Babe. Despite having no medical qualifications, the perky health blogger—whose real name is Vani Hari—has more than three million readers per month, is a bestselling author, enjoys a Facebook fan base of one million, and was recently named alongside Taylor Swift and Barack Obama in Time Magazine‘s 30 Most Influential People on the Internet. So yeah, Food Babe’s a big deal on the health blogging circuit. She’s firmly against eating anything she can’t pronounce, and–according to scientists–she’s also completely “full of shit.”

Hari recently came under fire by scientist-turned-blogger Yvette d’Entremont who unleashed her frustration in a lengthy–and wildly entertaining–rant published by Gawker called “The ‘Food Babe’ Blogger is Full of Shit”.

“Hari’s superhero origin story is that she came down with appendicitis and didn’t accept the explanation that appendicitis just happens sometimes. So she quit her job as a consultant, attended Google University and transformed herself into an uncredentialed expert in everything she admittedly can’t pronounce,” d’Etremont, a chemist who has a background in toxicology and forensics, wrote, adding “it’s rare to come across a single scientific fact” on Food Babe’s blog.

The article continues to tear Hari to shreds for the “paranoia and fear she whips up” and her alarmist claims that any chemical or toxin is harmful–despite the fact many chemicals are naturally occurring. By one count, Hari has labelled 610 products and companies as unsafe over the past of four years. She even claimed that an apple can be worse for your health than a hot fudge sundae, if it’s not organic.

You get the picture–just about every claim on this “health” blogger’s site contradicts the facts supported by scientists and medical professionals, and yet, she continues to influence legions of fans with free reign and no regulation.

Finally, Ashy Bines, a hugely-popular Australian fitness blogger, author of the Ashy Bines Bikini Body Challenge (and owner of the best abs on the internet) is the latest industry influencer to come under fire.

Thousands of women are shelling out $100 to download Bines’ diet plan in the hopes of scoring a body just like hers. Except, they probably should save their cash for something healthier: Despite accruing more than 260,000 followers, the program was actually rated one of the three worst diets in the country by the Dieticians Association of Australia.

Last week it was also reported that at least 10 recipes included in the program were stolen from other sites. Bines swiftly shifted the blame, responding that the recipes in question were outsourced to a nutritionist, who had told her they were original. 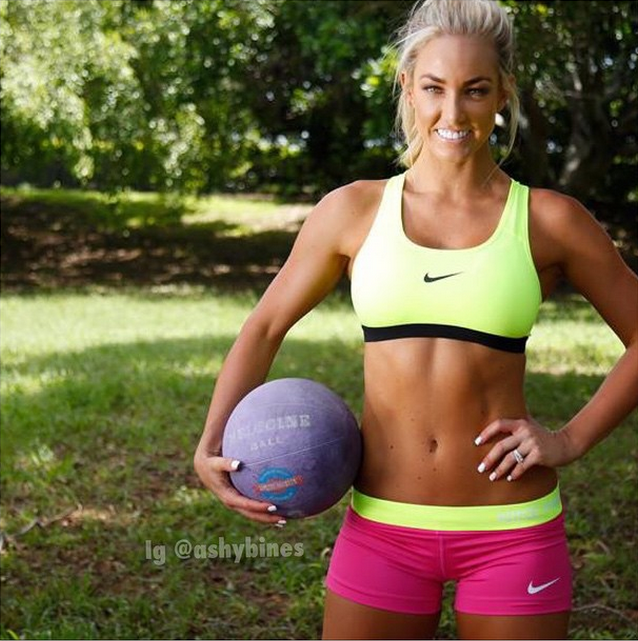 The big question remains, of course, why we listen—especially when it comes to subjects as crucial as our bodies and we put in it. Sure, it’s because most of them have abs to kill for, but there’s also the fact that the more followers they have, the more we tend to trust them in today’s online-focused world.

“A large social following absolutely lends legitimacy to a brand or person because it indicates that other people are interested in what that person has to say,” said Andrea Vahl, a social media expert and speaker, and co-author of Facebook Marketing All-in-One for Dummies. “Social proof is a powerful factor for any brand or business–if a community is very active, then a newcomer is more likely to trust that product or brand,” Andrea explained.

She also added that for health bloggers with a product to sell–like an eBook, recipes, or advertising space–positioning themselves as an expert is an important part of their business.

“Many bloggers are selling a product or service as part of their business so they are naturally going to position themselves as an expert.  Health and fitness bloggers do need to be mindful of the advice they are giving if it pertains to medical matters,” she said, adding, “With great power comes great responsibility–and having a large audience is powerful.”

Here’s the bottom line: When it comes to your health, don’t trust everything you read online. Speak to an expert, trust medical professionals, and take any wellness advice in your Instagram feed with a huge grain of salt (or quinoa, whichever.)