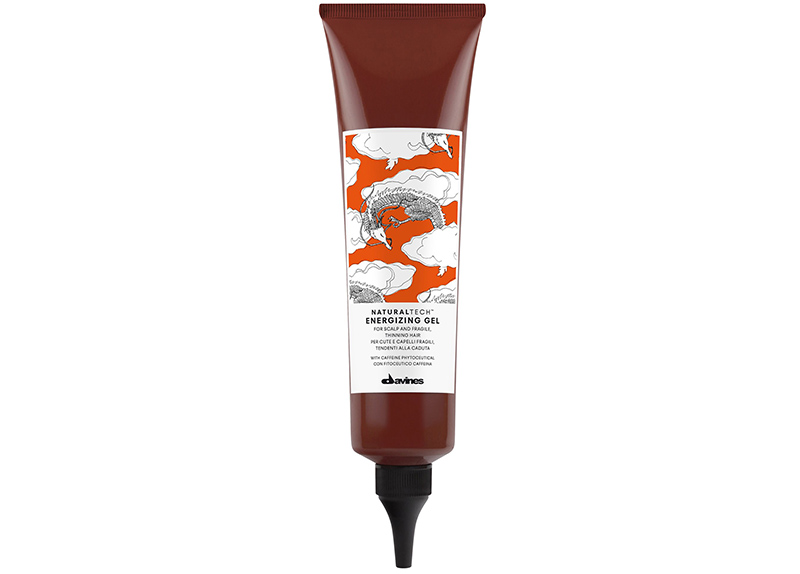 I—along with many other young, ostensibly healthy women I know—shed. When my hair was long, I used to find countless strands piled in the shower drain, strewn across the floor of my room, gathered in the necklines of my shirts, and trapped between the sheets—like, everywhere.

My hair is shorter now, and I still find it in all those places, but while it was previously a pesky annoyance that aggravated roommates and clogged the vacuum, it’s now a very real concern. I’ve always had plenty of fine hair, but since it’s become so damaged from color abuse and (relatedly) been cut much shorter, I really can’t afford to lose any of it. And like most women, I want longer, stronger, healthier hair, not a handful stuck to the wall each time I shower.

I started using Davines Naturaltech Energizing Gel ($30) at the end of the summer in preparation for the season to come. As a longtime shedder, I’ve learned that—and this goes for everyone—the shedding cycle tends to be seasonal, and that it’s at its worst from mid to late fall. Post-shower, when your hair is still damp, you massage the gel directly into your scalp, where it immediately starts to tingle. It certainly feels good, and the sensation is, indeed, energizing, almost to the point of being disconcerting.

The product has caffeine to thank for that feel—it improves blood circulation, which is the same reason it’s so good for de-puffing under-eyes. (The more you know!) It also boasts beta-glucans, which are polysaccharides that boost cells’ ability to defend themselves, and sirtuin proteins, which extend the life of said cells. Essentially, it’s all very good for the health of the cells that make up your hair.

I try not to believe most things that I read about beauty products, instead choosing to make judgments on my own. Because this is not a double-blind test, it’s still not totally out of the question to say that I could be experiencing a placebo effect because I so badly want my hair to get thicker and stronger and to stop falling out. But my experience with the gel has been overwhelmingly positive: My fragile, sad hair feels more plentiful, is shinier, and seems to be falling out less, even during peak hair-loss season. Impressive.

MORE: What to Do When Your Hair Is Basically Screaming for Help