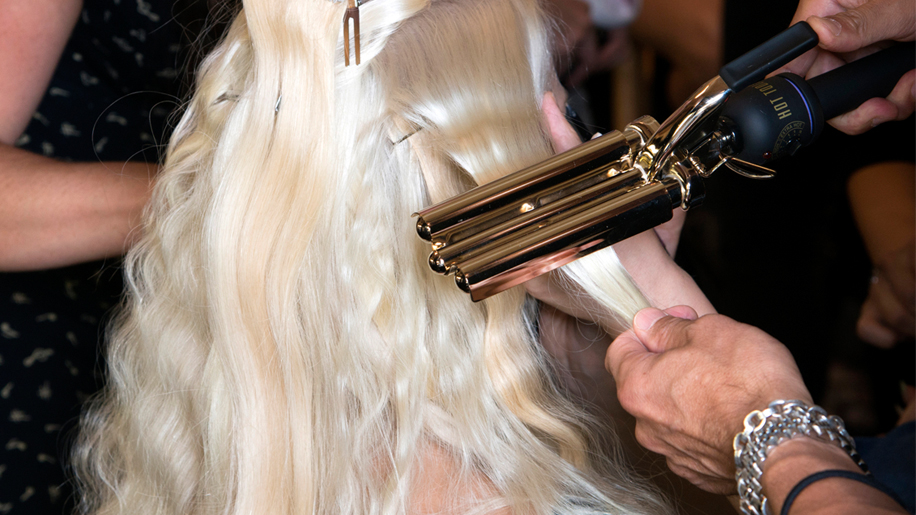 Referring to hair as “damaged” has terrible connotations. It suggests that there’s something wrong with it, which is sometimes the case—but definitely not always. Believe it or not, having hair that’s a little roughed up from processing rather than silky and untouched by chemicals isn’t necessarily a bad thing.

Take it from me: My hair’s natural state is soft and fine, and while it has a satisfying shine to it and feels nice to the touch, it cannot hold a style for its life. Curls fall flat; salt sprays make it crunchy and matte and not much more. The texture just isn’t there, which means it’s next to impossible for me to achieve that sexy, bedhead-y vibe I want so badly.

Or it was next to impossible for me, rather, before I bleached my very dark hair to a shade just this side of snowy white. The double-process damage triggered a change in texture, and going from that soft, healthy smoothness to a rougher feel finally enabled me to get some real action out of a curling wand and a bottle of Oribe Dry Texturizing Spray ($42). I woke up with tousled waves without trying, and my hair no longer turned lank and flat after a single night of sleep.

Of course, the sheer amount of damage I incurred eventually forced me to cut off a good deal of my fried ends, but there’s definitely a happy medium between virgin hair and hair that’s so dry and damaged it can’t be salvaged.

I’m not making this up: Beloved hairstylist Harry Josh, who’s responsible for the lusted-after tresses of Gisele, Adriana Lima, Kate Bosworth, and many more, agrees. He told Harper’s Bazaar, “Healthy hair is overrated.” But it’s “the fine balance,” he added, “not fried hair. All we’re trying to do is alter virgin hair to a point where it can deliver a different texture, dry differently, have more volume, and hold multiple looks stronger and better.”

This is true to my own firsthand experience, and while mine was an extreme case, a bit of peroxide can really do lifeless hair some good. “Processed is a better word,” Josh says, “because colored or permed doesn’t have to equal damaged.” As strange as it seems, it’s not a haircut or a ton of texturizing cream that’s going to give you the perfect piecey, slept-in texture, but a little (or a lot) of processing. Finally, some validation for me … and all the more reason to hit the peroxide bottle again once my newly natural, healthy hair grows out. Some people just never learn.