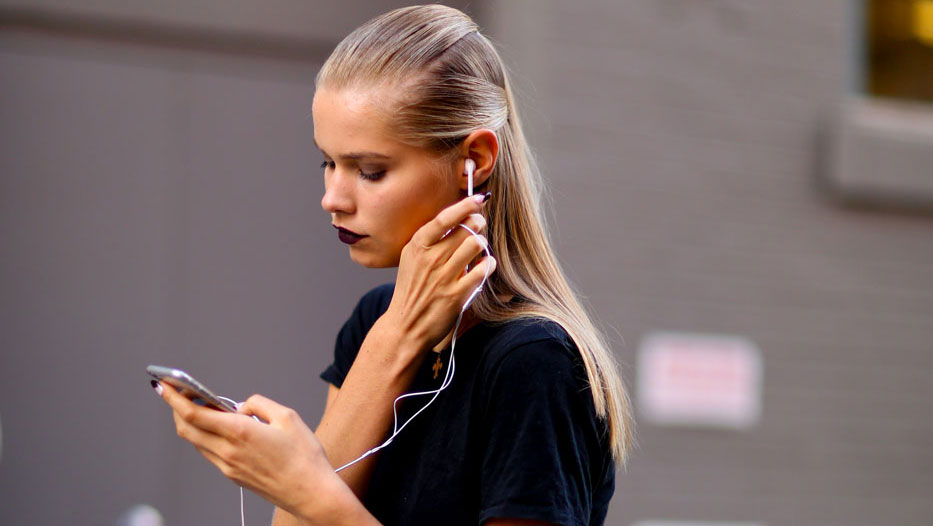 If you’ve ever gotten inexplicably nauseous or dizzy after staring at your iPhone for a long period of time, it turns out the culprit may not have been the Tinder Nightmare–style message in your inbox but rather the phone itself.

According to the New York Times, experts have uncovered an oh-so-21st-century medical problem called Digital Motion Sickness—or Cyber Sickness—that literally causes a person to feel the same type of queasy symptoms when viewing moving digital content as she might in a moving car.

Here’s the breakdown: We all know the feeling of being carsick (if you don’t, take a minute to count your blessings, because it’s the absolute worst), which occurs from your body’s reacting to the movement of a vehicle while your eyes and mind are staring at something motionless, such as the seat in front of you. The mismatch between what you see and what your body senses causes the queasy feeling.

Cyber Sickness is basically the exact opposite cause with the same result: The eye sees motion and movement on your screen while your body is staying still. This creates a sensory conflict, which results in the same kind of sickness.

“Your sense of balance is different than other senses in that it has lots of inputs,”  says Steven Rauch, MD, medical director of the Massachusetts Eye and Ear Balance and Vestibular Center and professor of otolaryngology at Harvard Medical School. “When those inputs don’t agree, that’s when you feel dizziness and nausea.”

Before you decide to ditch your iPhone and dig up your old Motorola RAZR, there are a few things you can do to combat this issue. Apple has come up with a way to reduce these effects in your phone’s settings by going to General settings, then Accessibility and Reduce Motion.

And, you’ve heard it before, but it’s key to take breaks from constant screen-staring to quell symptoms of cyber sickness. Even if you’re not feeling ill each time you look at your phone, consider this: The Times reported that after long-term immersion in a digital screen, users will have a reduced ability to react to actual stimuli in the world around them. So, yeah, you may want to put the phone away for a few hours a day, if possible.