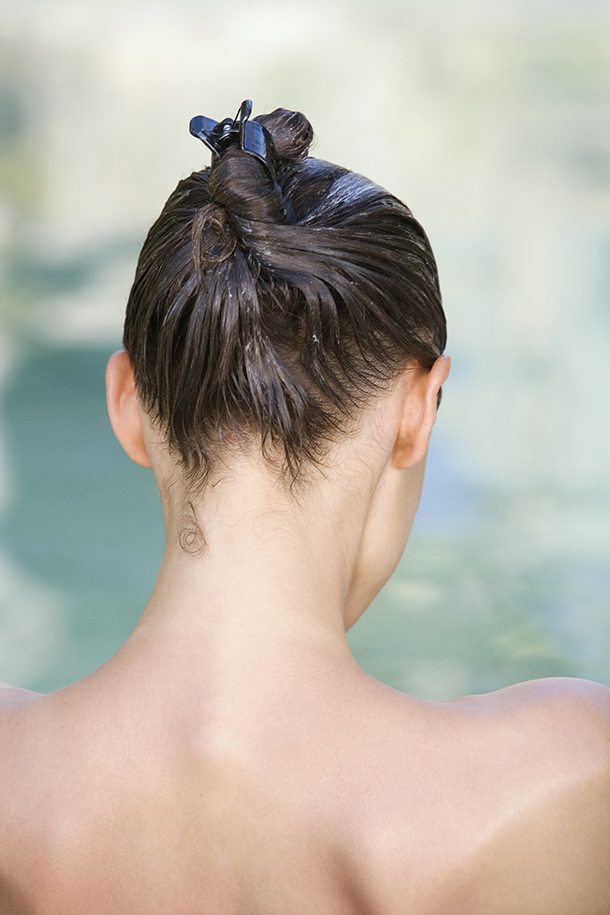 Cleansing conditioners—or “co-washing”—are all the rage in hair care right now, but what does it even mean? The name makes it sound like you’re, well, showering with a friend, but it goes without saying that its actual meaning is much, much different (and a little less sexy). Lest you embarrass yourself with cluelessness as the craze gets even crazier, we’re here to demystify co-washing once and for all, and figure out how co-washing and those “cleansing conditioners” (oh, the oxymorons) actually work—and determine the difference between them.

What is co-washing?
“Co-washing” is the abbreviated term for “conditioner washing,” which is exactly what it sounds like—it’s a method of cleansing your hair with conditioner instead of shampoo. Co-washing has been around for a while, but designated cleansing conditioners are relatively new on the market, with tons of our favorite hair care brands following suit. This is good news, because it means everyone can get in on the trend, including super fine hair types. Originally intended for use by those with naturally curly or textured hair, the co-washing community has since broadened to include many different hair types, though it’s still particularly favored by the curly-haired. Shampoo uses surfactants to create that squeaky-clean lather, and while conditioner also contains surfactants, it’s formulated with significantly less, and much milder formulations. Rather than wash out immediately as one would with most shampoos, cleansing conditioners and co-washing formulas are best left in the hair for a few minutes for optimum cleansing.

What are the benefits?
The purpose of co-washing is to preserve the natural oils of the hair while still gently cleansing, allowing for better hydration for all hair types and less color stripping for colored hair. The goal is to make hair healthier overall, with less of the stripping-replenishing cycle that washing then conditioning creates. Cleansing conditioners in particular are excellent for all hair types, as you don’t need to suffer through the process of bearing a few days or weeks of greasiness before the hair and scalp balances itself and regains a clean look. Because cleansing conditioners do actually clean the hair, albeit gently, they’re able to cut through environmental debris and product buildup while retaining the scalp’s natural oils.

Who should be doing it?
Dry, dehydrated, and damaged hair types find great success with co-washing, as do those with textured natural hair. While the original method of co-washing—which is to say, using conditioner only—wasn’t especially suitable for fine and oily hair, cleansing conditioners are universally beneficial. The gentle cleansing action of these products allow the scalp’s oil production to regain balance, resulting in a decrease in overproduction. Think of cleansing conditioners in the same way you think of oil cleansers and facial oils—they’re oil-regulating, not oil-causing. In fact, because fine, dry hair types are so susceptible to breakage and further damage, cleansing conditioners are actually kind of a godsend for taking the place of shampoo.

How do I start co-washing?
Many people say that the trick to co-washing is to shampoo your hair every once in a while. Straight-up co-washing sans any shampoo whatsoever is beneficial mainly to the extremely dry-haired, while the rest of us can get away with shampooing once a week and sticking to co-washing the rest of the time. Cleansing conditioners, on the other hand, can be used each time you wash, and there’s no transitional greasy period while you’re waiting for your hair to adjust as there can be with co-washing.

With that said, the best way to get a head start on co-washing is with an inexpensive, lightweight drugstore conditioner: Co-washing requires a lot of product, so you’re not going to want to use the fancy stuff as your co-wash. Use a generous amount of something like VO5 Herbal Escapes Clarifying Conditioner, rubbing it into your scalp as you would shampoo, then rinse and repeat. If a gentle cleansing conditioner is more your scene, we’re loving the brand new A Beautiful Life Condish, a cult favorite find that uses all-natural ingredients like shea butter, peppermint, and lavender to make the magic happen while also smelling amazing.

Read more from Daily Makeover: How to Care for Wavy and Curly Hair