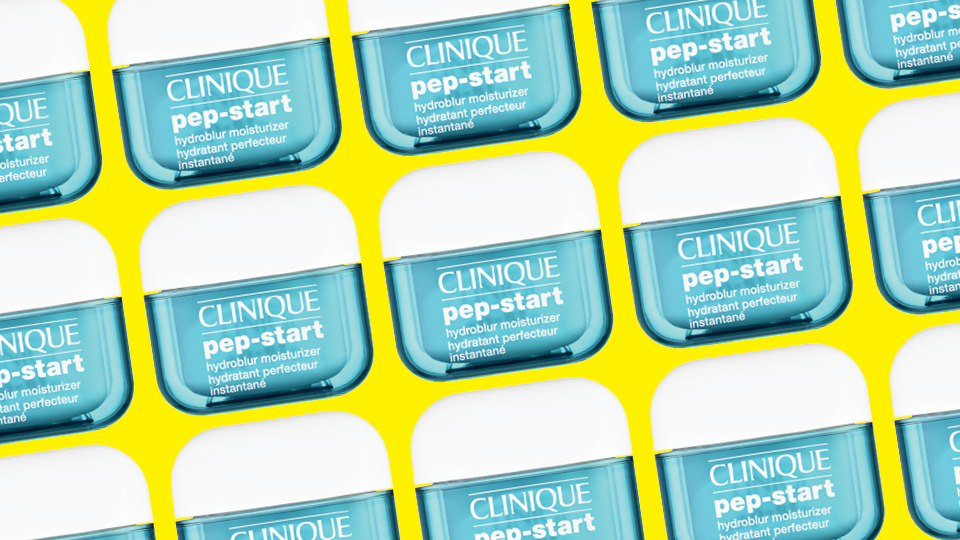 The most on-the-nose claim a product can make these days is to say that it acts like an Instagram filter, but for real life. Imagine, if you will, a Ludwig-like effect for barely perceptible everyday bettering, or perhaps even something more like Moon for when things are looking extra rough. Who could ever say no to that?

There’s no convoluted psychology behind it: We love filters because they’re forgiving. The right one glosses over imperfections, brightens up dull, tired skin, and makes you feel good enough about yourself to post selfies with captions like “I woke up like this,” and—very relevant to my personal interests—make too-shiny skin look gloriously dewy instead.

Clinique Pep-Start HydroBlur Moisturizer ($29.50) does the same thing, pretty much. Disappointingly, it does not crank up the brightness and contrast of my face nor blur my features into near-oblivion as desired, but it does give me the exact finish I’ve been trying to achieve, with filters and without, since I first learned that “oily” was a real skin type and not just something that could be ameliorated by washing my face 10 times a day.

Every allegedly mattifying primer, moisturizer, or powder I try must first undergo rigorous testing before I’m able to give it my full approval. The “rigorous testing” process involves me wearing it for one full day—that’s all, just an average day in my average(-ish) life. Most fail. And I had set this one up for failure by wearing it for the first time on a 100-degree day in the great American Midwest, which I quickly learned gets no breeze because it is not near any body of water. Very much against my will, I briefly engaged in an outdoor activity called Pickleball, best described as a watered-down version of tennis for the retirement crowd. I slathered on layer after layer of sunscreen and expended a lot of energy griping about how badly I needed to stay indoors by the A/C because my people (third-generation Russians?) are a subarctic people and so an inability to tolerate hot, humid environments is coded into my DNA.

I survived, barely. And this moisturizer, with its strange, mousse-like texture and the silky feel it dries down to as soon as you rub it in, fared better than I did. It’s matte, but it’s moisturizing, so lightweight it’s almost airy but doesn’t disappear into your skin and take your makeup with it. My (also matte, and highly recommended) tinted moisturizer retained its integrity; my painted-on eyebrows did not smear (so embarrassing). In fact, the formula doubles as a primer—much like one of those newfangled blurring products, it effectively “fills in” enlarged pores and fine lines, so foundation goes on smoother and stays on your/my sweaty face longer.

Once I was back in my natural environment (indoors), post-Pickleball, post-indecent amounts of sun exposure, three-quarters of a bottle of someone else’s sunscreen later, I took a selfie, just to check. It was a good selfie, and my skin looked great, #nofilter necessary. I still threw one on there anyway, though, just for good measure.