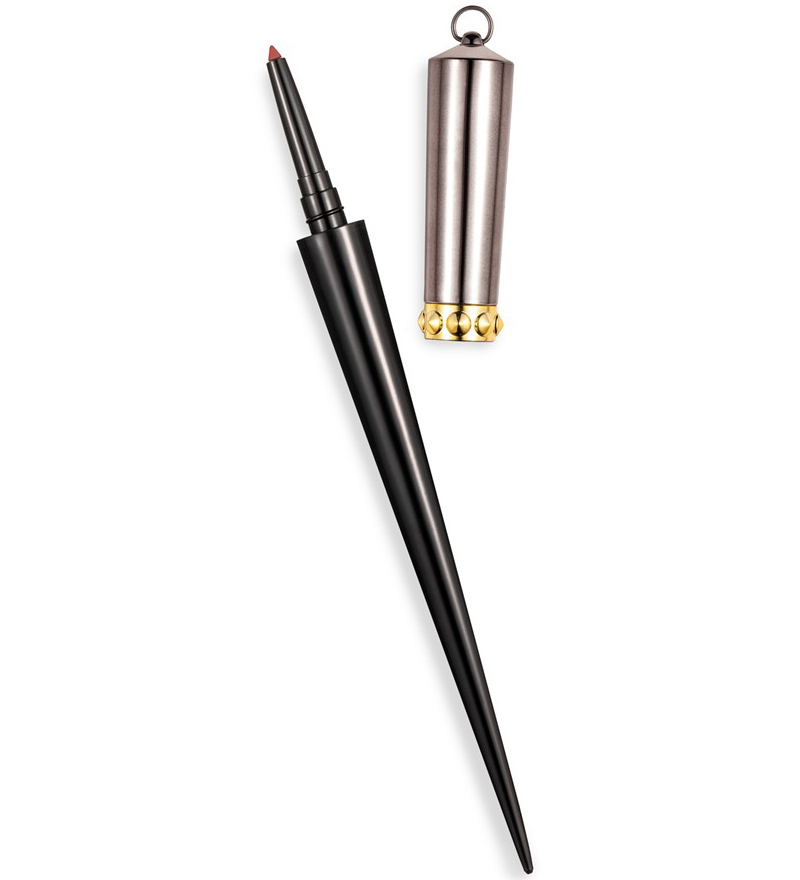 For someone so well-known for his commitment to creating footwear that’s just as flamboyant as it is luxurious, Christian Louboutin has kept his recent beauty offerings surprisingly tame. Yes, the lipsticks and nail polishes are both absurdly expensive; yes, the weapon-like packaging is not something we’d like to be caught with at airport security.

But with that said, the products themselves are practical—the colors are flattering and understated, the formulas are rad, and the entire venture just seems thoughtful. Such is the case with Louboutin’s latest release, which just hit the market. Christian Louboutin Lip Definer ($40) is not your average lip liner. Instead of being offered in a rainbow of hues to match the day’s lip color of choice, the lip definer comes in five nude shades designed to highlight the natural lip contour.

A round of applause for Louboutin, who has historically been sensitive to the term “nude” and what it means to women of varying ethnicities and skin tones: The nudes you’ll find here are not washed-out beiges, but rather a spectrum of neutrals meant to enhance the natural tones of various lip colors. From the soft rosy beige of Nats to the rich mahogany Ada, there’s something for everyone—for real.

The long, slender base and fine tip make the liner a breeze to apply precisely, and you can wear it under any lip color or on its own for a full, your-lips-but-better approach. We already know what you’re thinking: The Lip Definer is perfect for achieving that natural, yet slightly overdrawn Kylie Jenner-inspired look without the shame of carrying around a Lip Kit by Kylie. Alarmingly, it’s also a lot cheaper.

MORE: Now You Can ‘Louboutize’ Yourself With Christian Louboutin’s New Photo App