Chrissy Teigen, she of Twitter mastery, might be one of our top ten favorite people, well, ever. Not only is she wildly adept at shutting down haters (see here, here, and here), but she’s a constant source of beauty inspiration. And tonight, when she walked the 59th Annual Grammy Awards red carpet with a new short haircut, she proved worthy of yet another bookmark for hair inspiration. That’s right: Chrissy Teigen has a lob again, and it looks ah-mazing. See for yourself:

MORE: Chrissy Teigen Had a Seriously NSFW Wardrobe Malfunction at the Super Bowl 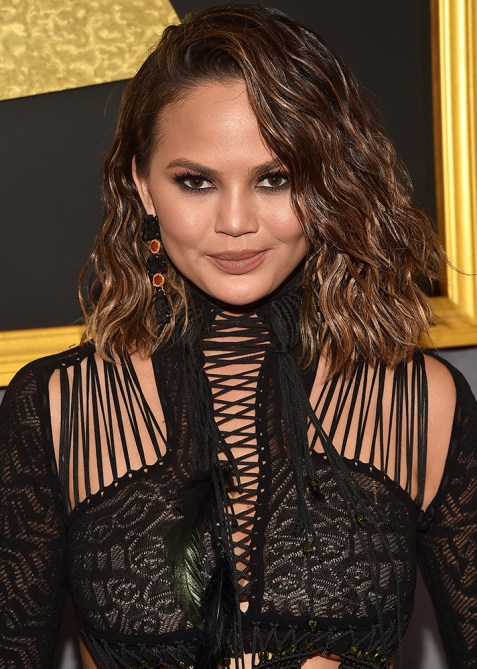 The star, who wore a slick-looking lob parted to the side, looked way different than she did at the SAG Awards just last month, where she showed off long, mermaid-like waves with her low-cut black tuxedo dress. When a fan complimented her on Twitter, she informed her that longtime stylist Jen Atkin (who also works with the Kardashians, a family you may have heard of) cut it earlier today.

Teigen’s worn her hair in a lob before—she might have even been partly responsible for making it the must-have haircut of 2015—but we have to say, it might be our favorite look for her.

MORE: The Very Best Beauty Looks of The 2017 Grammy Awards