Universal truth: Acne sucks. Even though approximately every single human has dealt with a breakout in his or her lifetime, it can still feel wildly isolating and lonely when you’re stuck struggling with your own zits that won’t seem to go away. And though we obviously wouldn’t wish a deep-rooted pimple on anyone else, we will admit that we felt a tinge of validation when Chloe Grace Moretz admitted to not only dealing with cystic acne in her past, but also taking the controversial Accutane to fix it.

MORE: The Scoop on Cortisone Injections for Acne

In the November issue of Allure, Moretz talks about her biggest beauty challenges, saying, “I dealt with really bad cystic acne growing up. I tried changing my diet and my beauty products before going on Accutane. [Having acne problems] was a long, hard, emotional process.” If you haven’t heard of Accutane, it was the (notice the past-tense use, here; the brand is now defunct) prescription acne medicine that very effectively treated the most severe of acne cases…but not without some intense side effects. 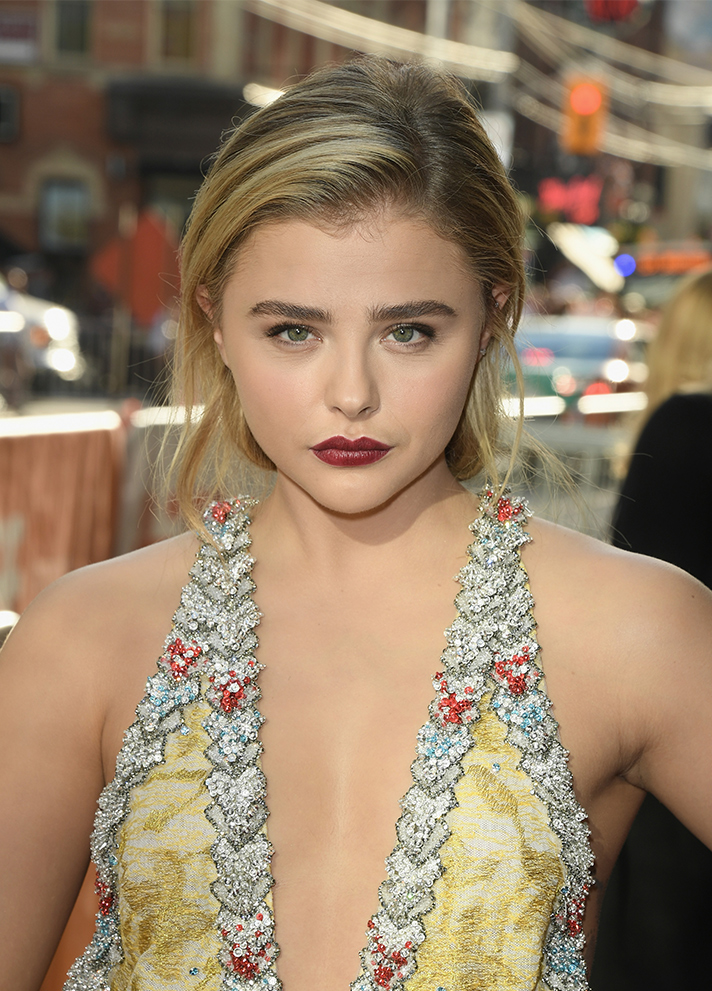 Accutane, which is an internal retinoid by the name of isotretinoin, was one of the first drugs on the market that effectively improved severe cystic acne (the large, painful, “underground” zits that never come to a head), but was so systemically intense that it was linked to severe depression, suicidal thoughts, and birth defects (thus, the controversial part). In fact, any female patient on Accutane was required to be on two forms of birth control, including the month before and after discontinuing their prescription.

Yes, it’s that intense. But if you’ve ever had even one cystic zit, you know how awful it feels, and how desperate you are to get rid of it. Now imagine another 30 cystic zits on your face at the same time, and, well, yeah, you start seeing the appeal of Accutane. The good thing is that once you stop your Accutane treatment, your acne almost never comes back, meaning Moretz probably has excellent–or at least totally manageable–skin now. And if you’ve struggled with acne like she clearly has, then relatively clear, manageable skin is basically a dream come true.

MORE: How To Put Makeup on a Pimple After You’ve Popped It