We can’t think of a better place than the 2019 Oscars for Charlize Theron to hit us with a completely unexpected makeover. The actress, who took home a gold statue back in 2004, is no stranger to this award show and with each year, tops pretty much every best dressed list. And while we’re sure the same will happen tonight, it’s her hair we’re both surprised by and completely obsessed with.

For as long as we can remember, the South African star’s signature shade has been blonde, sans a few color changes for movie roles. But tonight, at least according to her hairstylist, the latest dye job is a bit more spontaneous and plenty dramatic. What we mean is Charlize went from looking like this: 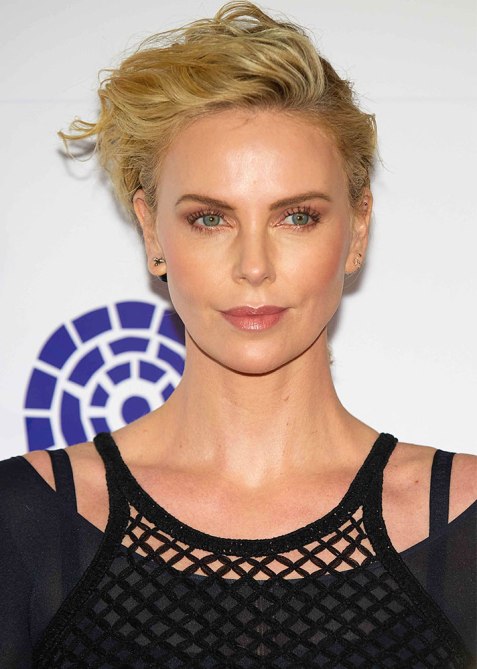 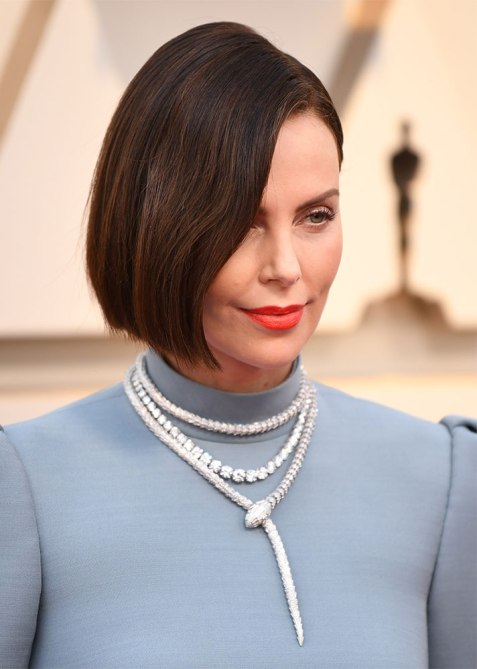 Woah! They say blondes have more fun, but if this smirk is any indication, we may have been sleeping on chocolate brown. We immediately thought of that time she sported a jet black bob as Aeon Flux back in 2005; not as dark, but just as adventurous.

“Hair is your greatest accessory and the best way to transform a look quickly. This week we changed @charlizeafrica color and this morning we chopped off her hair,” wrote hairstylist Adir Abergel on Instagram. According to the reveal, he also had a little help from colorist Tracey Cunningham, as well as brands Virtue Labs–presumably for color–and ghd for styling.

Theron, who is a presenter tonight, will also be seen in a new commercial for Budweiser that debuts during the broadcast (pre-dye job, proving she looks amazing with any hair color).