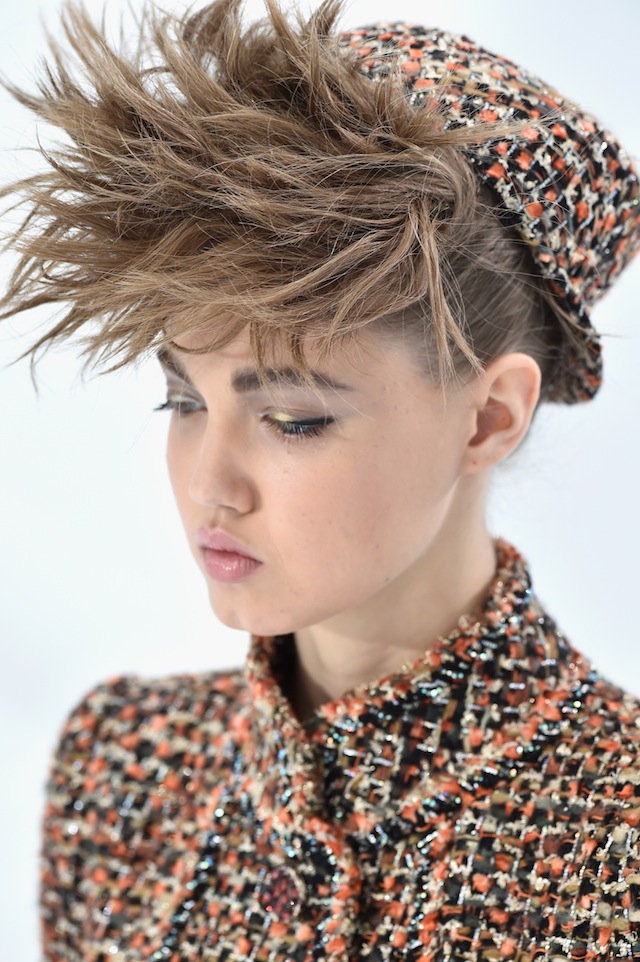 While we may not be able to afford the clothes at the Chanel Haute Couture shows – or have a place to wear them – we still like to see what Karl Lagerfeld sends down the runway each season as the decadence never disappoints. This season was no different, with an aesthetic that played off of ’80s boy bands yet made sure to also please Marie Antoinette – a stretch for some, but Lagerfeld of course made it work.

Where the boy band aesthetic really shined was the hair, created by hairstylist Sam McKnight. The models had their hair pulled back and kept sleek at the sides (with the remaining hair twisted into ponytails that were hidden by tweed caps at the backs of the head) but the real fun began at the top of the head. The ends of the ponytails were fastened and teased to look like spiked hair – we almost wish there were also bad highlights in there.

As for the makeup, metallic shadows lined the inner corner of the upper lash line, with a slight flick of black liner on the outer corner to complete the look. The rest of the makeup was kept pared down, with the brows filled in but the skin was left matte. No word yet on the nails, but it seems that yet again they weren’t a staple, but we’ll of course keep you posted…