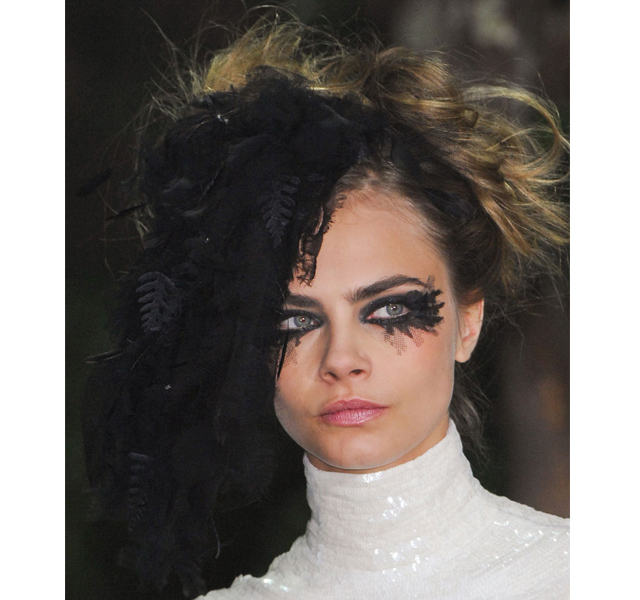 Chanel’s Spring/Summer 2013 Couture show is always an opportunity to witness Karl Lagerfeld’s full creativity come to life – from the set to the clothing to the makeup and hair. This season, Lagerfeld used nature as an inspiration for his show, with leaf decals used to highlight the eye makeup and butterflies and feathers adorning messy chignons. Chanel’s Global Creative Director of makeup Peter Philips and hairstylist Sam McKnight teamed up to create the looks for the show, creating almost gothic beauties.

For the makeup, Philips applied mesh lashes along the lash line with the edges blurred out with a grey pigment to create a smokey, smudged effect. The lids were filled in with a shimmery, black shadow for a dark and almost eerie look on the eye.

For the hair, McKnight created big, messy updos that were accessorized with a variety of headpieces adding to the high-drama look. Many of the girls had white feathers balanced on one side of their heads, with every style shaped to the girls’ faces. Contrasting the dark makeup looks were the pale coral nails, a color that we immediately lusted after. The polish was Le Vernis Nail Color in Emprise, and each nail was given two coats. 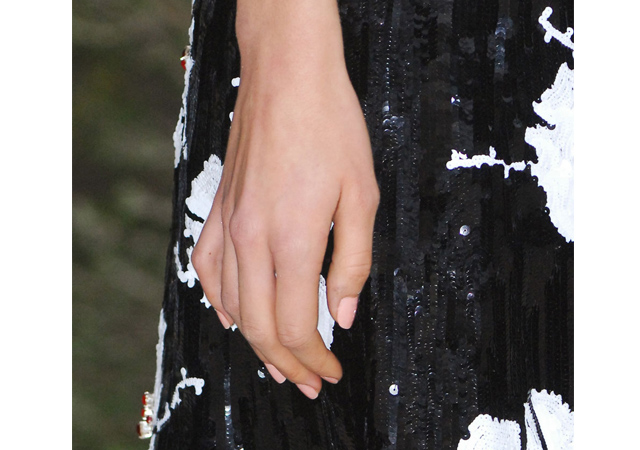