Since the dawn of men and women staring at their own asses in the mirror, cellulite’s been the target of rampant hatred. And, with all of the cellulite-reducing creams, potions, and devices blasted at us on a daily basis, I’m not surprised that the one thing my body-positive brain has trouble accepting is the group of dimples and dents on my butt and thighs. So, when I got the chance to try Cellfina, the only FDA-approved treatment proven to reduce the look of cellulite for at least three years—in a supposedly painless and minimally invasive way—I was all about it, especially since I’ve had exactly zero luck getting rid of my cellulite on my own, despite working my way through Kayla Itsines’s insane Bikini Body Guide workout. (For the record, burpees can go to hell.)

Full disclosure: Thanks to the wonders of the beauty world, writers and editors often get to test out innovative treatments and procedures at heavily discounted, or totally free, costs, which is how I was able try Cellfina without totally destroying my bank account. The procedure generally costs anywhere from $3,000 to $5,000—and the results only last up to three years—so if you’re hoping to get rid of your cellulite fast, know that this treatment isn’t a cheap fix. It is, however, a supposedly quick and relatively pain-free fix, or at least that’s what I was told when I attended a big informational event about Cellfina, and listened to precisely one-billion rave reviews from real patients, as well as the ins-and-outs of the treatment from a team of doctors. By the end of the event, I was sold. 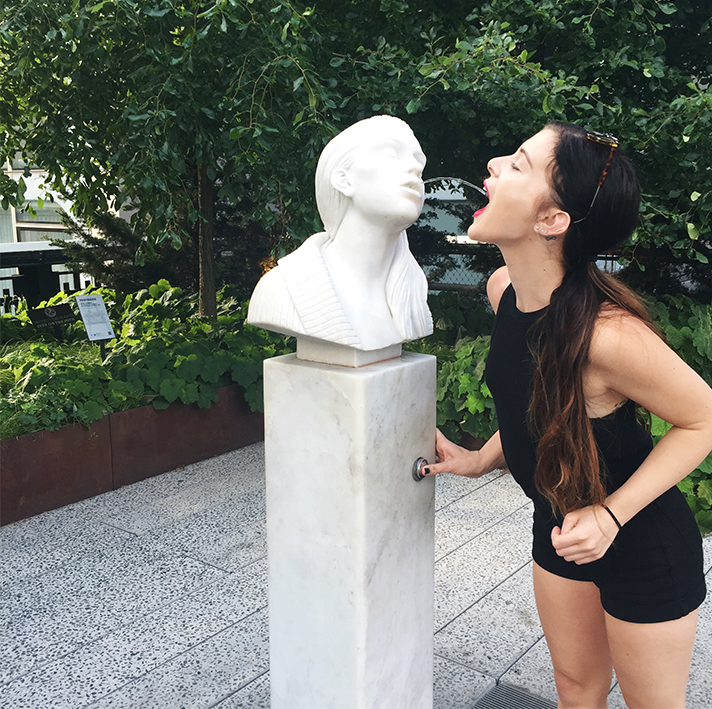 But, before I could get the procedure, a doctor needed to asses my cellulite situation to see if I was a candidate. Although Cellfina works on all cellulite, it’s only approved for use in certain areas of the body, like the thighs and butt, and its results are best seen in patients whose cellulite isn’t also couple with excess fat. Otherwise, doctors recommend either losing weight first, or coupling Cellfina with other weight-loss treatments, like liposuction. But if your cellulite is caused by genetics, hormones, or other non-weight-related factors, like mine, then you might just be the perfect candidate. “You can do everything right, including working out and eating healthy, and still have cellulite,” says Jeremy Brauer, MD, dermatologist at the Laser & Skin Surgery Center of New York, which explains why no amount of jump squats has helped me shed my dimples and dents.

It also explains why all of those “magical” drugstore creams and serums are complete crap, because, as Brauer explains, genetic cellulite isn’t a superficial surface issue—it’s caused by fat pushing through the tight, fibrous bands beneath your skin to create a puckered, dimpled effect. So Cellfina works by “releasing” the bands (like when you loosen a tight rubber band) through small injections with a needle-size device. Once the fibrous bands are released, the skin bounces back and, ideally, smooths itself out for at least three years. Sounds easy, right?

Luckily, after a quick consultation, Dr. Brauer deemed my butt and thigh dimples (which, I’m totally aware are not even that severe, but hey, we all have our hangups) as perfect candidates for the procedure, which would only take about an hour from start to finish, including before and after photos, prepping for the procedure, and the treatment itself. Normally, I’m completely terrified of needles, and the thought of poking holes in my body truly nauseates me, but after attending an event for Cellfina the previous week and listening to dozens of reviews from real patients raving about the ease and painlessness of the procedure, I figured it was no big deal. But now, three months later, I have no idea what I was thinking. 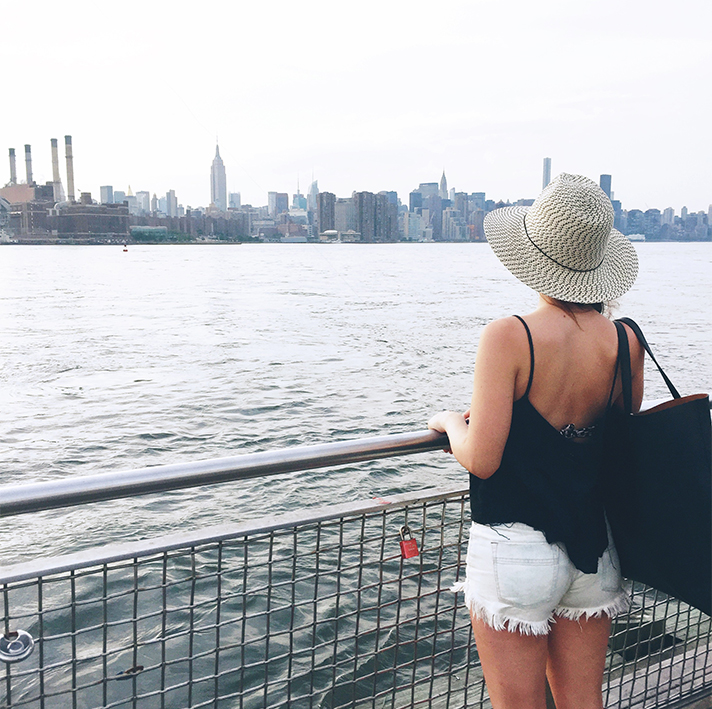 Everyone’s happy, low-key attitude toward Cellfina at the event gave me this false sense of security; I truly believed I would hop up on the table, get my thighs suction-cupped, and be left cellulite-free forever. Basically, I didn’t even entertain the possibility of Cellfina being a real medical procedure with painful or intense side effects, which, in hindsight, was definitely irresponsible of me: Cellfina actually involves a doctor first numbing the areas with injections of local anesthesia (which, for me, was by far the most painful part of the procedure), before sliding a micro-blade under the skin and cutting the connective tissue to release the bands. Not exactly a quickie, one-and-done procedure.

Of course, Brauer had warned me to expect some discomfort and bruising during and after the procedure, but I figured I’d walk in and out and move on with my day with only slight soreness. But somewhere between the hospital gown and booties, the super-sterile, serious-looking procedure table, and the four—yes, four—antibiotic pills I was required to swallow before beginning, my anxiety started creeping in, and I realized the magnitude of this treatment. This wasn’t just a few pin pricks or a tiny cupping massage, it was a legitimate medical procedure, and that scared the shit out of me.

Thankfully, Brauer and the nurses were super calming, and I didn’t have a panic attack on the table, which is a win, in my book. After sterilizing the backs of my thighs and butt and injecting the areas with anesthesia (which was probably the most painful thing I have ever voluntarily put myself through), Brauer pulled out Cellfina, a handheld device that looks like a giant magnifying glass with a tiny needle attached to it. Despite being so small, the actual machine emits an extremely loud noise, so Brauer suggested I listen to music to avoid panicking. So, I cranked up “Whisky Fever” by Dorothy, closed my eyes, and waited for it to all be over. 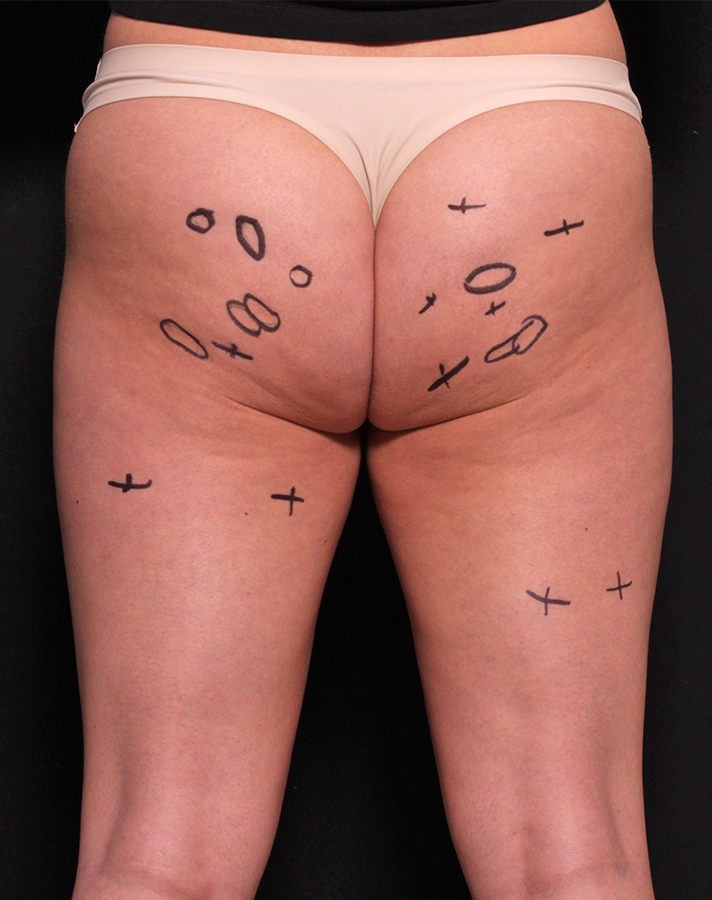 Surprisingly, the actual procedure took practically no time at all—seriously, I could only get through a few songs before it was done—and was by far the easiest and least painful part of the whole experience. After Brauer finished, a nurse rolled me onto my stomach and, after saying, “this part gets weird,” began squeezing out excess anesthesia from my butt and thighs, so I wouldn’t leak fluids from my backside all day. Yup. She then taped on sheets of gauze, helped me put on the compression tights I was instructed to bring to keep the swelling down, and sent me on my way.

When I got home, I mentally patted myself on the back for getting through the treatment without freaking out too much. And then the anesthesia began to wear off. To call my ass and thighs “tender” wouldn’t do the pain justice—going to the bathroom caused shooting pain across my backside, and it was impossible for me to sit on my butt, even on the couch or on my bed. So, for the next 36 hours, I had to strategically lay on my stomach while watching TV and sleeping, and avoid moving as much as possible.

Finally, after three full days, I started to feel somewhat normal again. My ass was no longer in pain, though I still had hardcore swelling, which took weeks to go away. And when the swelling did go down, it was instantly replaced with incredibly huge, purple bruises that looked like someone had pelted me with a bunch of golf balls at 60 miles per hour, all of which made it impossible for me to tell whether or not the treatment had even worked. I’m now three months post-procedure, and the bruising is almost totally gone, but I still have a few tiny, yet visible, marks from the incisions and injections, as well as a bunch of small, pebble-sized knots caused by my muscles tensing up during the injections, which only recently disappeared. Needless to say, my ass was definitely not smooth or cute during the first few months after Cellfina. 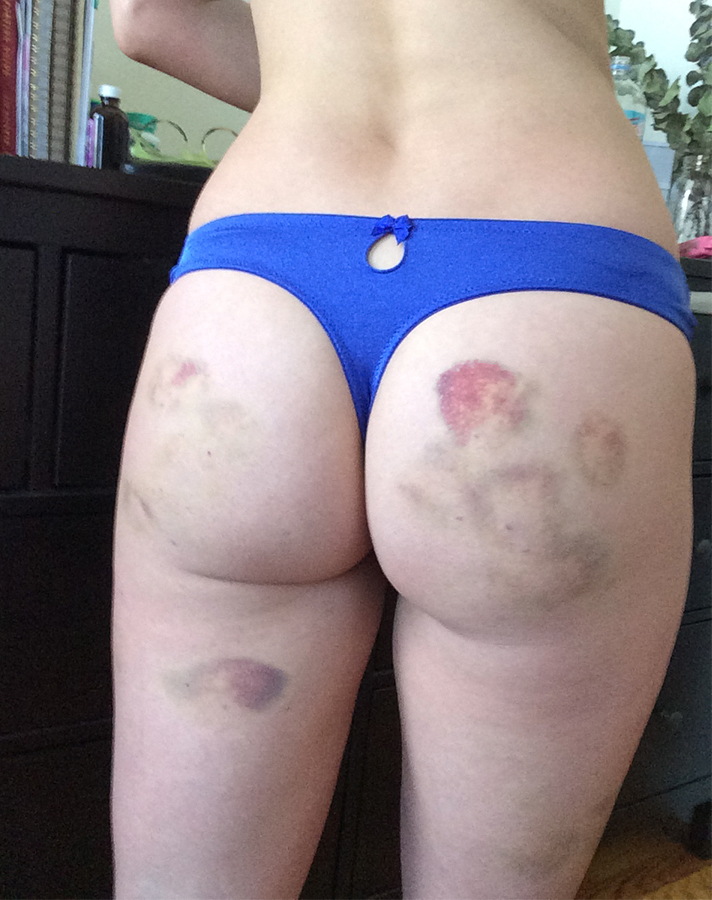 And here is where I tell you that it was all worth it, because my butt and thighs now look like they did when I was 16, and I feel totally happy and secure in my body again. But my results weren’t actually that mind-blowingly amazing (though that’s likely because I didn’t have severe cellulite to begin with). When I’m totally naked, you can hardly notice a difference: My naked ass looks and feels almost the same as it did before treatment. But when I slip on my yoga tights or a pair of white skinny jeans—something I would have never worn before Cellfina—that’s when I notice a huge change. The backs of my legs are now super smooth and dent-free, and my butt looks smoother, firmer, and even a bit perkier. Definitely not what I was expecting from a cellulite-fixing treatment, but, hey, I’ll take the bonus side effects.

But even with the smoother skin, I can’t say that I would go through Cellfina all over again, if given the chance. Not because of the treatment itself, but because I realized that emotionally, I’m just not the right candidate for an appearance-altering treatment. Although the treatment really did smooth out my dents, and my experience with Brauer and his team was excellent, I feel like I almost miss the way my body looked before the procedure, because it felt like the “real” me, in a way. I think I partially hoped that Cellfina would magically “fix” all of my imperfections and give me complete body confidence, which is obviously unrealistic and impossible, though an easy mindset to fall into when you’re getting cosmetic surgery. In the end, though, it’s still you—just a slightly different, and maybe smoother, you. 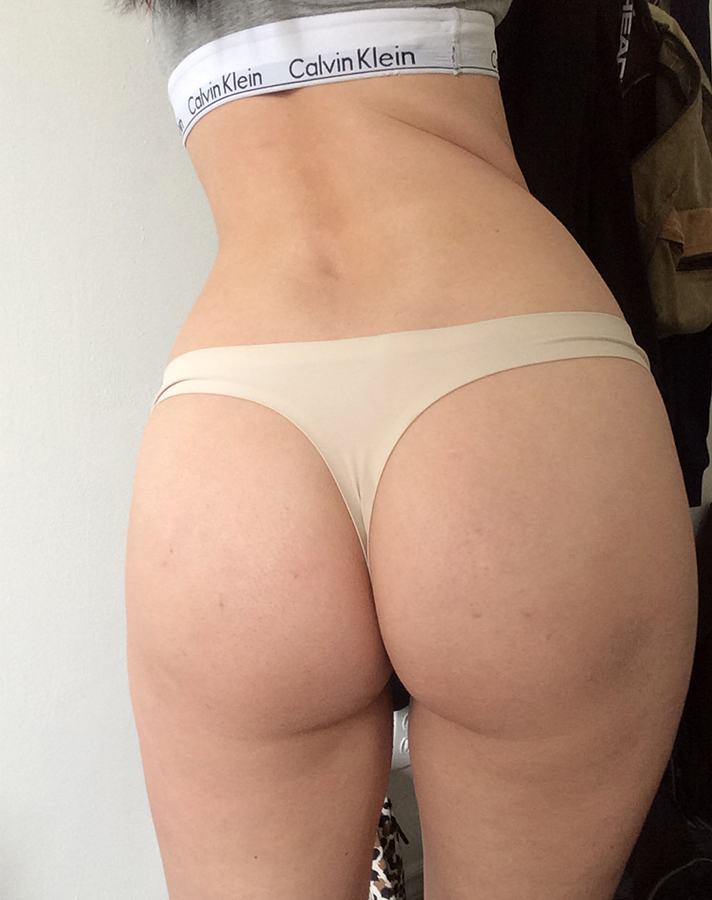 Of course, in a perfect world, we’d all love our every nook and cranny, but when that love isn’t there—which is totally fine and normal—cosmetic procedures are. Still, if you’re considering going in for a treatment like Cellfina, make sure you understand that it is a legitimate medical procedure that should be taken seriously, since it does carry side effects, like soreness, tenderness, and crazy-looking bruises, and for some people, the results might not even be that noticeable. Plus, the treatment can cost anywhere from $3,000 to $5,000, so definitely chat with your doctor or dermatologist first to decide if Cellfina is really worth it for you. And if it is, my parting piece of advice for you is to schedule the procedure for the winter, unless you’re cool with flashing the beach your black-and-blue ass for three months straight.