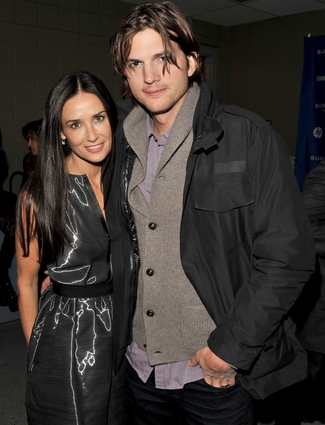 In 2006, New York Times writer John Tierney paired up with statistician Garth Sundem to create a mathematical equation that could predict the longevity of celebrity marriages. With five years of data at their disposal, the NYT team has revamped their marriage quotient, and they put some of our favorite couples on the fast track for divorce.

The equation foresaw the splits of celebs like Demi Moore and Ashton Kutcher, as well as Britney Spears and K-Fed, while predicting the 15-year-mark for couples like Matt Damon and his wife Luciana and Ben Affleck and Jennifer Garner.

Tierney and Sundem originally predicted that fame is a factor in celebrity break ups, but now they insist that it is the type of fame (legitimate or tabloid) that holds weight in a relationship. Sundem told the Times, “It turns out that overall fame doesn’t matter as much as the flavor of the fame. It’s tabloid fame that dooms you. Sure, Katie Holmes had about 160 Enquirer hits, but she had more than twice as many NYT hits. A high NYT/ENQ ratio also explains why Chelsea Clinton and Kate Middleton have better chances than the Kardashian sisters.”

As women initiate 70 percent of all break ups, the celebrity wife’s stats matter more than the husband’s numbers in the new equation. Why’s that? “Either the guy’s powerless to predict the marriage’s fate, or he’s an enigma, indefinable by numbers,” says Sundem. “I prefer the latter.”

Which Hairstyle Attracts Men Most?

A starlet’s image in the media can also take a major toll on the relationship. The two researchers measured a woman’s sex symbol factor by “looking at the woman’s first five Google hits and counting how many show her in skimpy attire, or no attire.” The sexier a woman seems, the more likely the marriage is to fail. One university psychologist told the Times that women wearing skimpy clothing can denote narcissism, which is linked to infidelity.

So which celebrity couples are set for life, and which are doomed? According to the marriage equation, Brad and Angie have a long happy life ahead of them, along with Prince William and Kate Middleton and Beyonce and Jay-Z, while Katie Holmes and Tom Cruise, Jessica Simpson and Eric Johnson, and Khloe Kardashian and Lamar Odem could be headed for splitsville.