When it comes to hair color, we love a good risk-taker. Whether you’re going from brown to red or blue to purple, we’re all about trying something new, because it’s just hair, right? Clearly 2014 was a good year for us, considering bright hair was still going strong, and celebrities certainly didn’t shy away from the trend. From Nicole Richie’s vibrant hair hue (from brown to purple to navy blue all in one year) to Kylie Jenner’s blue ombre strands, we had plenty of inspiration.

But, the year wasn’t just about rainbow colors. We also saw quite a few hair color makeovers in which stars calmed down their strands, for the better. Eh hem, Kesha, we’re talking to you. Below we pulled out our favorite celebrity hair color changes from 2014 – let usk now in the comments below whose hair you loved the most, and of course, if you think we’re missing anyone! 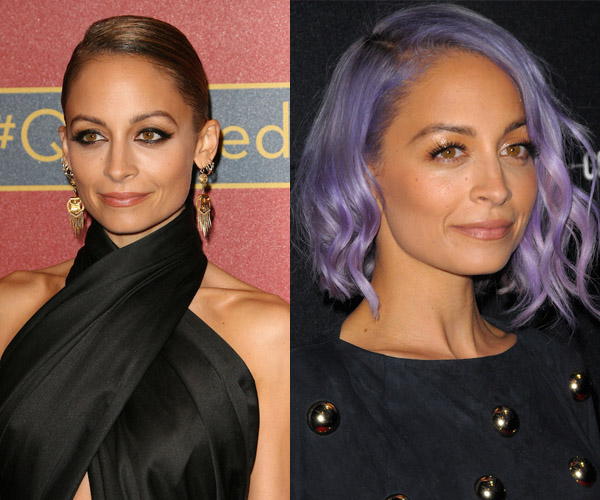 Nicole Richie teased us earlier in the year by posting a Photoshopped picture of herself with purple hair, and then she went for the real thing – and we fell in love. She has since moved on to deep greens and navy blues, and we hope she never stops. 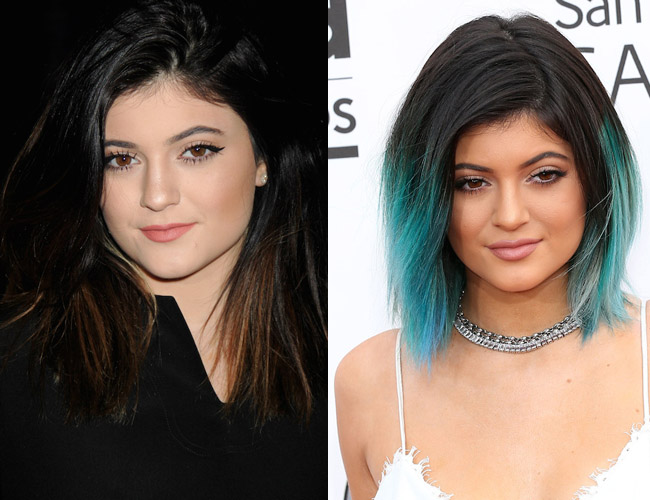 Oh, what a difference a year makes. Kylie Jenner changed up her look quite a bit this year with her choppy blue ombre bob (and we won’t even talk about those lips!) but we definitely are in favor of the new hair hue. 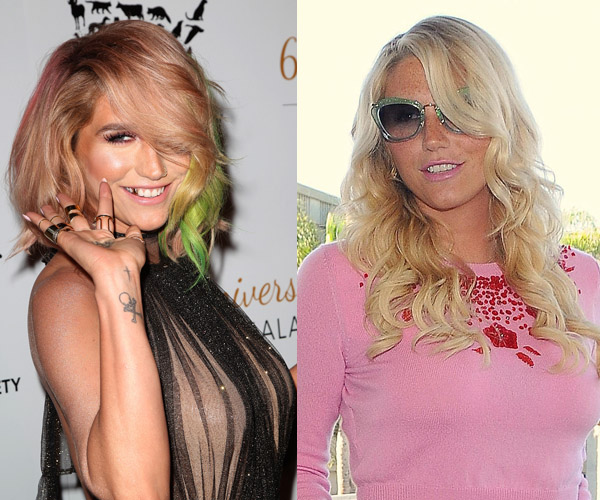 Like we said before, we all love some fun hair colors, but Kesha took those fun colors a little too far. When she returned to her plain, blonde roots, it was a breath of fresh air. 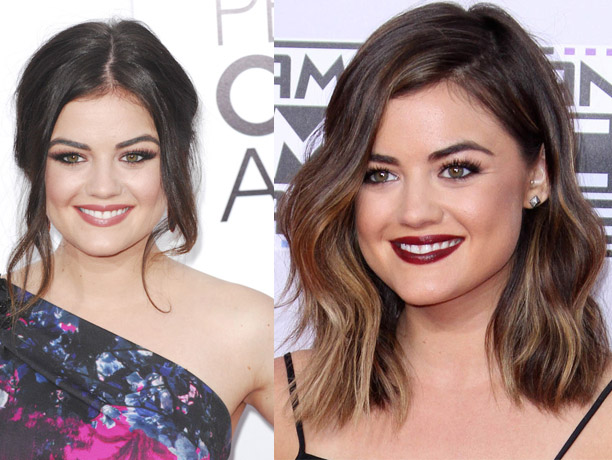 Lucy Hale is known for her gorgeous, brunette waves, but this year she started to lighten them up with a bit of a dramatic ombre on the ends. Then, she took it a step further and went for a lob, continuing to lighten the ends, and we must say we love the new look. 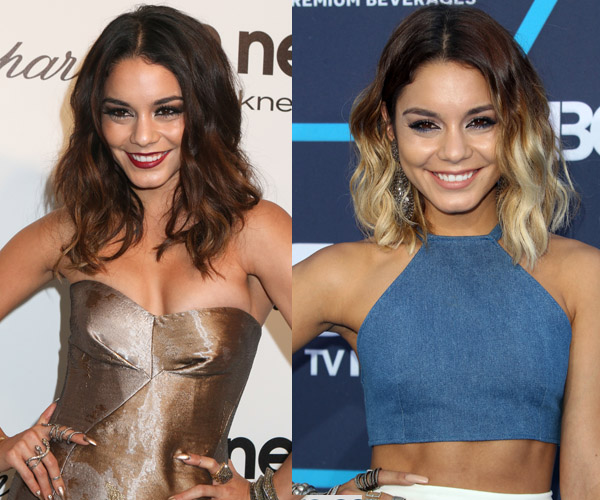 Vanessa Hudgens has been playing with her brunette hair all year long, going from soft highlights to a severe ombre. She then shook things up by changing the blonde to red – clearly she’s not afraid of a dye job.

MORE: The Best Beauty Innovations of 2014 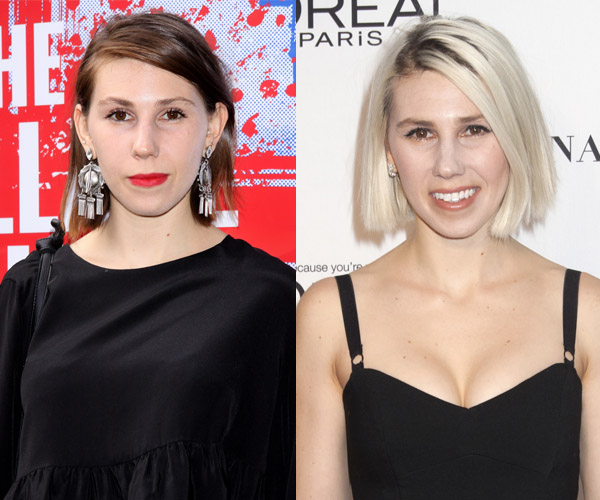 “Girls” actress Zosia Mamet chopped her hair into a bob earlier this year, but the major change came when she dyed it platinum. While plenty of girls were going blonde, Zosia’s new hue looks great with her skin tone – we hope she keeps it in 2015! 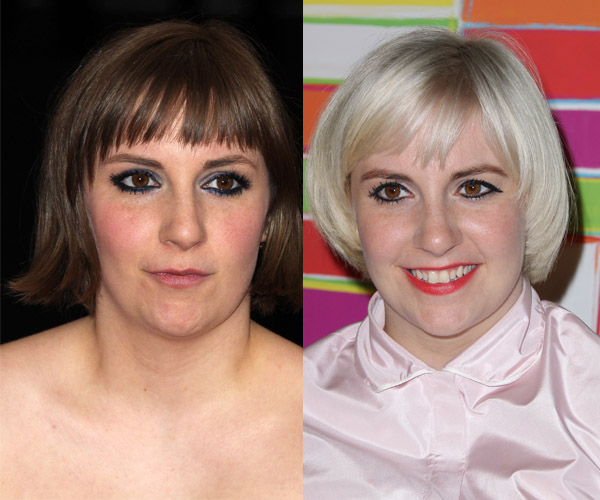 Fellow “Girls” star Lena Dunham also opted for a platinum ‘do in 2014, switching it up from her regular brunette. Lena has since gone green, but we’re hoping she lets that fade and goes back to this high-shine platinum shade. 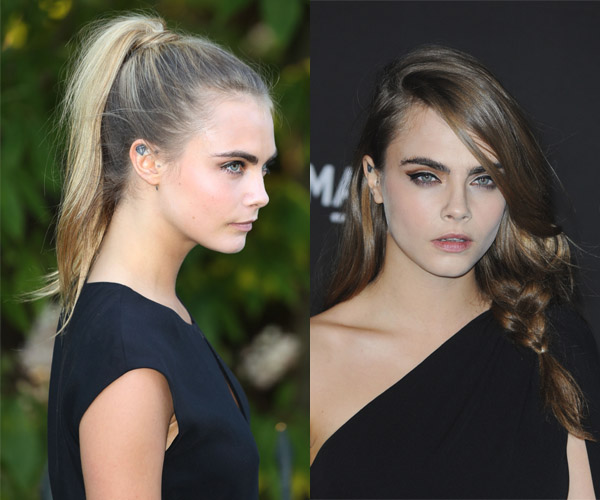 We typically only talk about Cara Delevingne’s eyebrows, but her sun-kissed blonde hair has also been the model’s go-to color. Until now. She recently dyed it a light brown, playing up her fair skin tone.