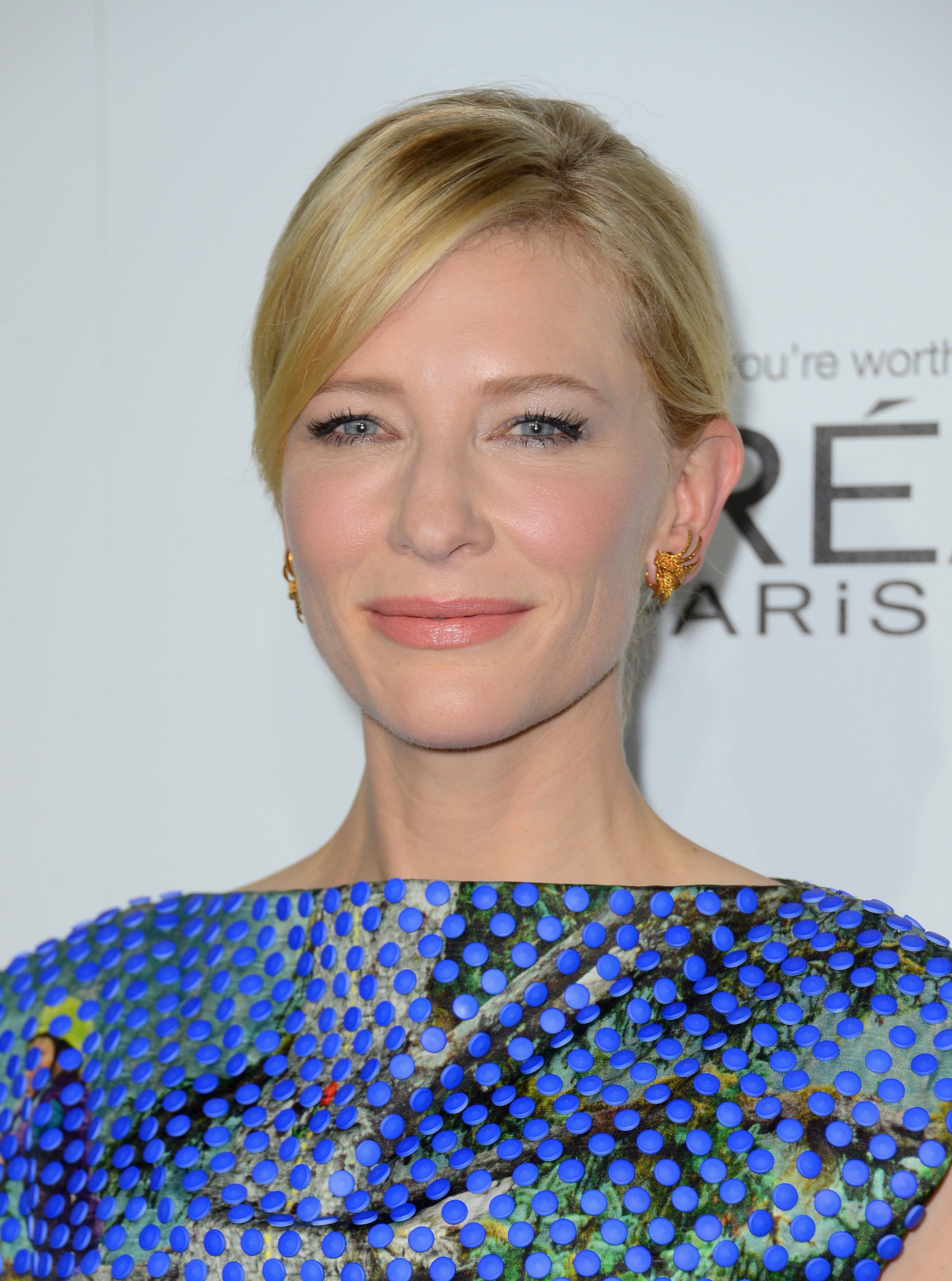 When you think about celebrities with the best skin, Cate Blanchett probably comes to mind. Besides having gorgeous porcelain skin that many of us envy, she seems to defy age as she looks just as amazing now in the Hobbit as she did in The Talented Mr. Ripley in 1999.

You’d be surprised to learn that Blanchett hasn’t always been confident in her own skin, it wasn’t until she discovered SK-II about ten years ago. We had the chance to chat with her on the phone about her skincare routine and relationship with the beauty brand. She was first introduced to the brand when she was pregnant with her son and noticed pigmentation in her skin. Her makeup artist friends brought her the Essence and at first, she didn’t know what to do with it. The instructions were in Japanese and she said it didn’t look like any other moisturizer she had ever seen. But ever since then, she’s continued to use the products and the brand approached her to become a brand ambassador. “It’s the only thing I’ve used that has made my skin better and more resilient over the years,” Blanchett says.

SK-II just released a new version of the essence, LXP Ultimate Revival Essence, which Blanchett says is a “super re-boosted version.” The skin line contains pitera, an ingredient found in sake that moisturizes skin and leaves it crystal clear. “I really gravitated towards the essence, I would drink it if I could.”

Besides for the Essence, Blanchett swears by the Whitening Source Clear Lotion, Signature Eye Cream, and the Facial Treatment UV Protection. Like many women, she switches up her skin routine for winter, although right now it’s summer in Australia. “Particularly going into winter, you don’t realize how much moisture you lose,” she says. “We’re always obsessed with our skin in the summer, I think we forget about it in the winter and we don’t realize how dehydrated we are.”

The climate changes in Australia aren’t as drastic as they are here but she’s prepared with SK-II’s serum for when she goes to London to protect her skin. When she’s traveling, Blanchett doesn’t like to bring a lot. She puts the serum into a spray bottle and sprays it on whenever she needs it. She also uses the body moisturizer and brings papaw ointment (from Australian company Lucas Papaw)and mascara. “I don’t like to have a lot of makeup on, I like the naked feeling of skin, so I just like a good mascara and bronzers are great,” Blanchett says.

And in the spirit of the holiday season, we switched the topic to the holidays to learn what gifts she would be giving this year. Besides the SK-II products in the new rose gold packaging, she loves Byredo Bal D’Afrique Eau de Parfum and Plum Eau de Parfum by Mary Greenwell that she would give to any of her friends. But if Blanchett had to choose just one gift to buy for everyone on her list, she wouldn’t give a product. “I’d give them a Thai massage,” she did not hesitate to say. “It looks like they’ve had the best sex they’ve had in ten years, they look so relaxed.”

But if you’re on a budget, she suggests papaw ointment and emu oil (seriously). “It’s incredible for anyone going into a hot climate, it’s fantastic for any sun damage, and you only need a tiny bit and it’s a great moisturizer,” Blanchett says. With skin that glows like her’s does, we’re taking that advice!