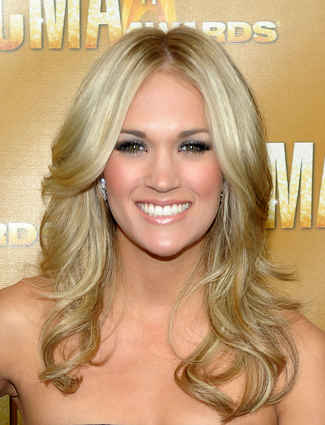 While it seems like every celebrity is quick to jump on the fragrance bandwagon, we were shocked to hear that Carrie Underwood won’t be one of them.

The country singer says she would never release her a signature fragrance because it would be weird smelling the same as other people. “I really don’t know if I would do the whole fragrance thing, because I don’t want to smell like anybody else. That one’s not quite for me. If people walked up to me smelling like me, it would weird me out.”

However, Underwood would like to take the time and branch out into fashion. “I would love to do that for other people, too, and create things that people would like to wear,” she told AOL’s theBoot.com.

With Underwood’s classic style, we would expect to see simple, wearable pieces. “My style icons are people like Charlize Theron and Reese Witherspoon. They are beautiful, but in a natural way,” she told NFocus magazine. “They look like they take care of themselves but don’t do anything too crazy. They always look and act classy. I always just try to choose clothes that I feel good in. I really don’t focus on what the reviews will be, whether they are rave or not. I just want to feel good about myself.”

This is a celebrity collection we’d be interested to see. Would you buy clothes from a Carrie Underwood collection?