Remember when Cara Delevingne, she who gives zero fucks, straight-up shaved her head in April? Sure, it was for a role, but ever since, our beauty-obsessed selves have waited with bated breath for every one of the model slash actress’s red-carpet appearances for major buzz cut inspo. And honestly, we thought her giant scalp tattoo or blue mermaid waves took the cake as our favorites, until Delevingne arrived at the “Valerian” Hollywood premiere wearing 1920’s silver and gold-tinted finger waves.

MORE: 12 Products That Get Rid of Greasy Hair Fast 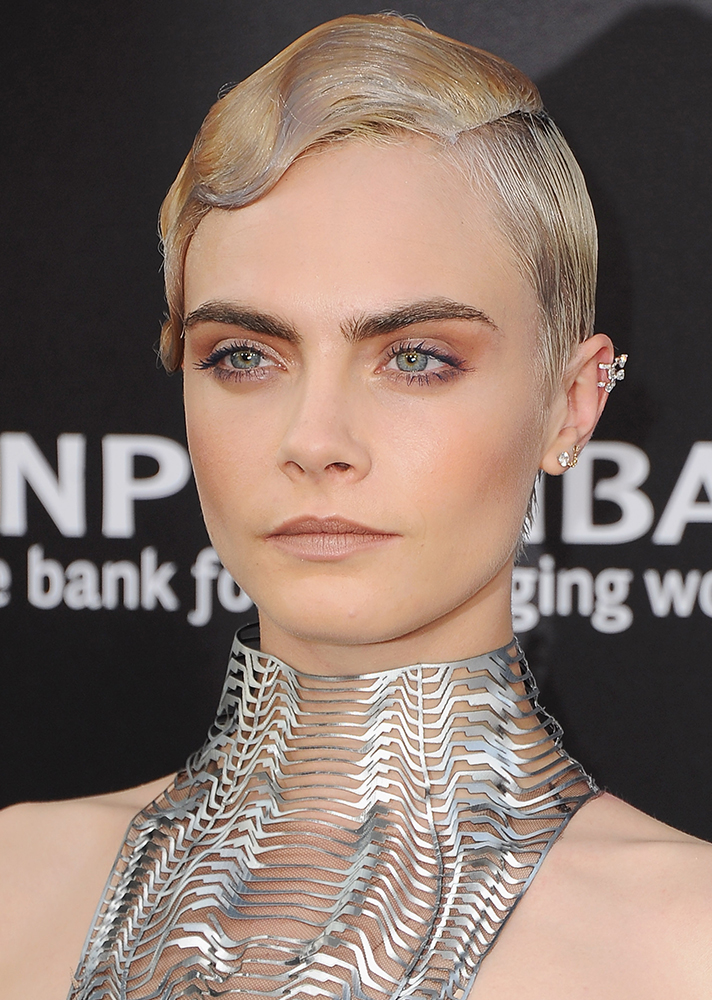 Although we’re fairly certain Delevingne’s new look was just for the night, we have to say we’re high-key feeling how pretty the simple, feminine curls look against a wet, silver-gold hue. And considering celebrities change their hair literally every day (see: Bella Hadid, Blac Chyna, and Kaia Gerber), it’s unlikely this one still stick, but we’re already waiting like full-blown fan girls to see how Delevingne fearlessly switches shit up next—perhaps, crazy-long extensions?