As a dry-skin girlie, I generally look past any “pore-reducing” products because enlarged pores just aren’t one of my issues. Well, it turns out I was missing out this entire time. Or maybe Caliray’s So Blown Blurring Collagen Peptide Primer is just that good. I’m a big fan of the brand’s other products so when I received the primer, I gave it a shot. And I haven’t stopped wearing it since. It turns out, I’m not the only one impressed with the skin-blurring formula. TikTokers went crazy for it. So crazy in fact, it sold out at Sephora.

Here’s the deal. The lightweight cream primer contains collagen peptides to moisturize and nourish skin, which is probably why it worked so well even on my dry skin. But while it hydrates and nourishes, it also tightens dilated pores, soaks up oil and mattifies at the same time. The finish is matte but not dry and stiff like other primers I’ve tried. I think it makes my fine lines less noticeable, too. 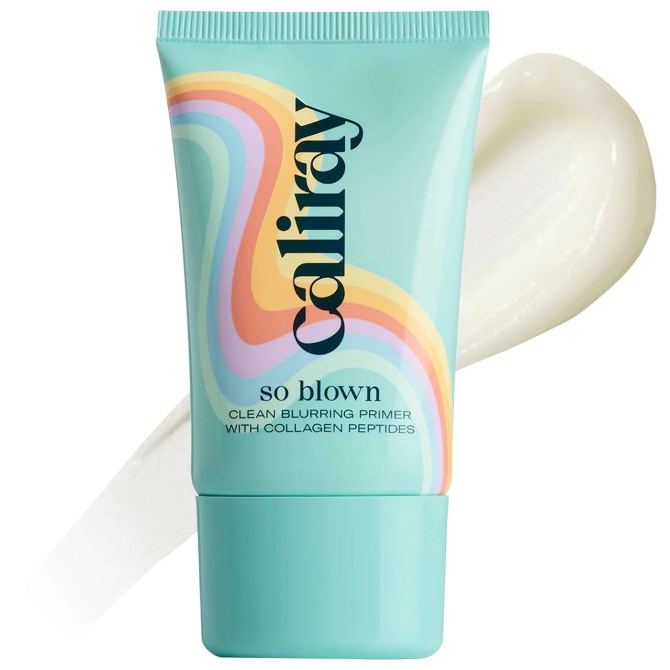 But I’m not the reason this primer sold out at Sephora. That’s all thanks to TikTok. There are a few reviews I especially like. Henna Ali has textured, acne-prone skin and was impressed by the way So Blown smoothed her skin pre-makeup. Creator @baddiemua loves the formula so much, he says, “There has to be some magic in this product because, what? FaceTune in a bottle.” If you want to see how it grips onto foundation, TikToker @mangomoniica shows the dramatic difference when she applies primer to just one side of her face.

Caliray founder Wende Zomnir explains why you’ll love her latest launch so much on TikTok. “It is a primer but it does so much more,” she says. “It’s also a hydrator, it’s got camellia oil in it, which is high in oleic acid, super nourishing. It’s got niacinamide in it, it’s got collagen peptides.” She applies it to her skin to show how lightweight and mattifying the formula is, plus redness-reducing at the same time. The video has more than 1 million views!

It’s safe to say, Sephora is having trouble keeping So Blown Blurring Collagen Peptide Primer in stock. But we hear it’ll be back by September 17 so mark your calendars.