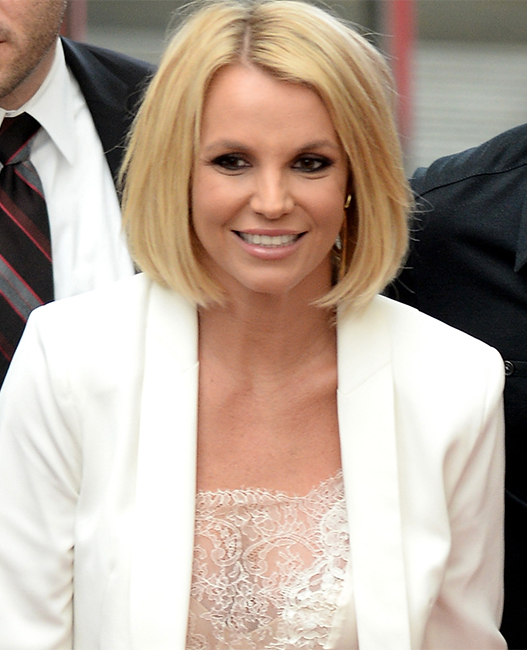 In 2014, an ever-changing look is just another part of the pop star life plan, with familiar faces like Katy Perry and Lady Gaga switching up their hair colors and styles approximately once a week. Britney Spears, however—the original 21st century American pop star—has generally stayed true to a signature look of wavy blonde hair, aside from the occasional flirtation with shorter ‘dos and darker colors.

Today, however, Britney unveiled a new look that’s definitely what we would call a departure from her usual. It’s only fitting that she debuted this blunt bob while presenting her new intimates collection in Germany—the medium length and curled-in ends have Brit looking less like a former teenybopper and more like a real businesswoman.

Britney has been public about the fact that she’s just been through a breakup, so with that context in mind, we’re giving the girl props for doing the “breakup haircut” justice. Well done!