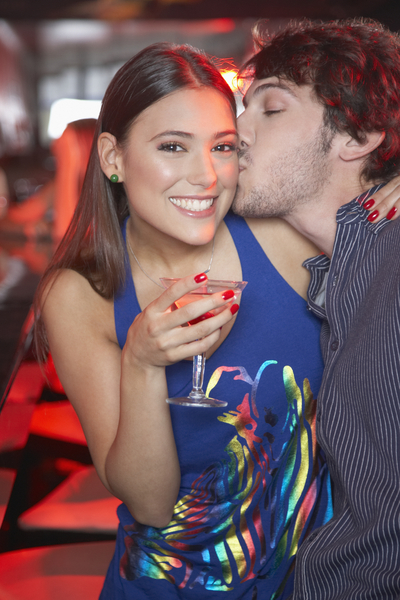 Blondes used to have more fun (or so the saying went), but thanks to a new study from the University of Westminister, it looks like brunettes are joining in on the revelry, too.

The recently released study sent a woman out to various London nightclubs with her dyed blonde, brunette and red to see how many times she was hit on. Afterward, they returned to the clubs and had men rate a picture of her with each hair color.

In the end, the results had a bit of a twist: the woman was approached 60 times as a blonde, 42 times as a brunette and 18 times as a redhead. However, when the guys were asked to rate the pictures of her based on attractiveness and intelligence, she was rated the highest as a brunette.

Researcher Viren Swami had some interesting words to say when trying to explain the discrepancy between why she was hit on more as a blonde, but thought of as more attractive and smarter as a brunette.

“One possible explanation is that men were more likely to assume sexual intent on the part of our (subject) when she was blonde.” Swami said in an interview with The Daily Mail. “Perceptions of the blonde (subject) as being more needy may have reduced men’s fear or rejection or fear or an aggressive response, which increased their likelihood of approaching her as a blonde.”

So, because the blonde could have been viewed as easy and needy, that’s why she was hit on more? I’m no scientist, but I’m pretty sure those traits are not related to hair color.

What do you guys think? Do guys really prefer brunettes or blondes? Tell us in the comments below!