Announcing that you’re 22-years-old and love Botox is basically giving the Internet permission to tell you things like “you’re too young,” “that’s for old people with wrinkles” and other ill-formed assumptions. The truth is I unapologetically love it and the reason isn’t as cut and dry as wanting to look forever young. (Although I will admit that Botox before-and-after review pictures are downright mesmerizing whether you’re 22 or 62—more on this in a sec.)

I’ve documented my years-long struggle with acne and after just recently getting it under control with dermatologist prescribed medication and transition to clean products, my focus has gone micro. Specifically, I’m all about blurring out the intense premature forehead lines that have affected my overall confidence. Though being a graphic designer who squints and stares at Photoshop all day doesn’t help, a mix of unavoidable muscle movement, sun damage, fair skin, and genetics helped send my strongly-pronounced forehead over the line (pun intended) too. And once I started wearing makeup regularly, watching the foundation cake into the creases simply became too distracting.

Before I get into the actual procedure, it’s important to know what Botox actually is. First, it is not plastic surgery. Botox is a neuromodulator; the “neuro” refers to “nerve” and “modulator” translates to “change.” In other words, it alters the nerves attached to your facial muscles so the decreased movement can slow the formation of lines. 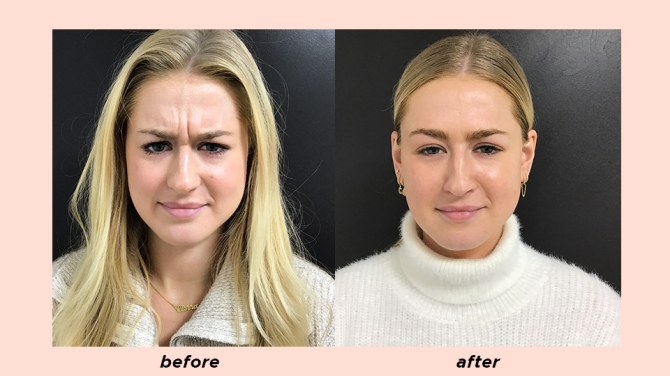 Knowing how easy it would be to chicken out, I quickly made an appointment with Dr. Melissa Levin of Entiere Dermatology in NYC. During the pre-consultation, she examined my face and proportions by instructing me to make a number of facial expressions, each of which she captured in a photograph. She then commented on the assymetry of my brows; specifically, how one arch was higher than the other. Coincidentally, Botox would even things out in addition to handling the confidence-crushing lines on my forehead; a win-win as far as I’m concerned.

Interestingly enough, Dr. Levin also added that people in western countries prefer lifted arches while patients in other areas like East Asia opt for a flatter shape. The damaging effects of rigid beauty standards are hardly breaking news and a lot of people would conclude that procedures like Botox only add fuel to the fire since it arguably makes conforming easier. But ultimately, the wide-ranging benefits of Botox (a lot of which are health-related) and surrounding culture make it challenging to land on such a cut-and-dry accusation. Plus, shouldn’t what we do with our bodies be our choice anyway? 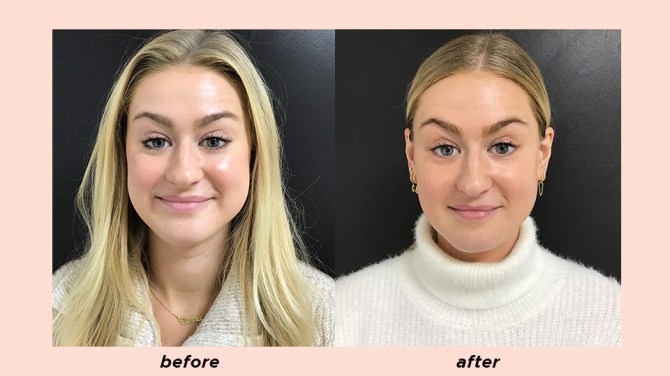 It’s also worth noting that age is one of the most over-hyped aspects of a Botox procedure. Obviously, you should be a consenting adult, but Dr. Levin emphasized that a doctor will make decisions primarily based on your individual skin concerns; not the decade you were born in. In fact, the term “baby Botox” refers to lines that aren’t deeply set, but these are the only kind that twenty-somethings are vulnerable to. Thanks to all of those conflicting causes I mentioned earlier, including genetics, they can grow broader too. Botox also can’t permanently erase existing lines—it just prevents them from getting deeper.

Ultimately, Dr. Levin says the best way to combat fine lines, wrinkles, sun damage and other aging effects is by wearing sunscreen. You should also be feeding your skin antioxidants in the morning, using a vitamin A derivative at night and if you can, regularly seeing a dermatologist who can better customize a routine to your face. Gentle resurfacing laser treatments and photo facials don’t hurt either.

But let’s skip to the polarizing part, my first experience with Botox. I was more excited than nervous about the actual injections. However, Dr. Levin still showed me the needle beforehand to make it less scary. For Botox injections, she always opts for an acupuncture-sized needle that looks nearly invisible. Starting between my brows, I was instructed to make a “mad” face and once I released it, the needle went in for one or two seconds. I literally asked, “did you do it yet?!” because it was virtually painless. 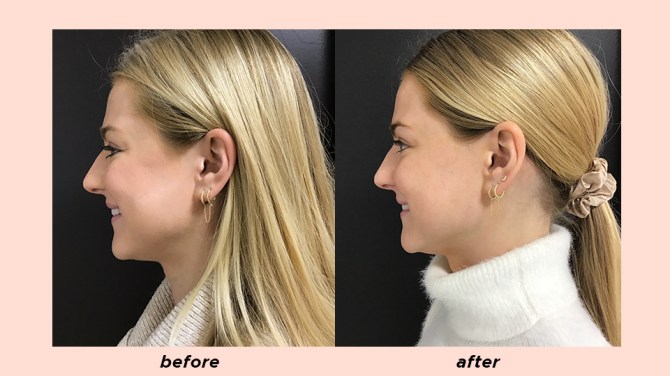 She worked her way through the rest of my forehead (about 10 more times), using a total of 20 Botox units. On a scale of 1-10, the pain level stayed at a 1 or 2, so I was able to head back to the office immediately after. The injections take 2-5 days to settle in and peak in 14 days. During this time, it’s important to stay away from workouts, massages and facials.

At my two-week checkup, “after” pictures were taken so I could see the comparison, and they are seriously mind-blowing. Not only are the lines on my forehead practically gone, but my entire face has also softened up and everything is smoother and glowier. I love looking in the mirror and not being distracted by foundation-filled lines and feeling a comfortable amount of resistance when I try to furrow my brows at the computer screen.

My only concern was whether I would have to keep up with this forever. To my relief, Dr. Levin compares Botox upkeep to a gym workout: it’s important to stay proactive with your skin routine as you get older. So while Botox fans may view it as an important step, it’s not absolutely necessary. With that being said, I definitely plan on keeping up with this exercise.