If the wide world of the Internet, “The Biggest Loser,” and various workout magazines are to be believed, when a person loses an insane amount of weight, their body springs back in no time and they’re frolicking around in bikinis and looking impossibly trim. As it turns out (shocker!), this is not reality.

One woman set out to make a point about the realities of extreme weight loss in a powerful way. Fitness blogger Brooke Birmingham—who has been chronicling how she went from 328 pounds to 175 pounds lighter over a period of about four years on her blog Brooke Not on a Diet—was approached by Shape magazine to be featured as a success story on their site. They asked her for a photo of herself in a bikini, and she sent them this: 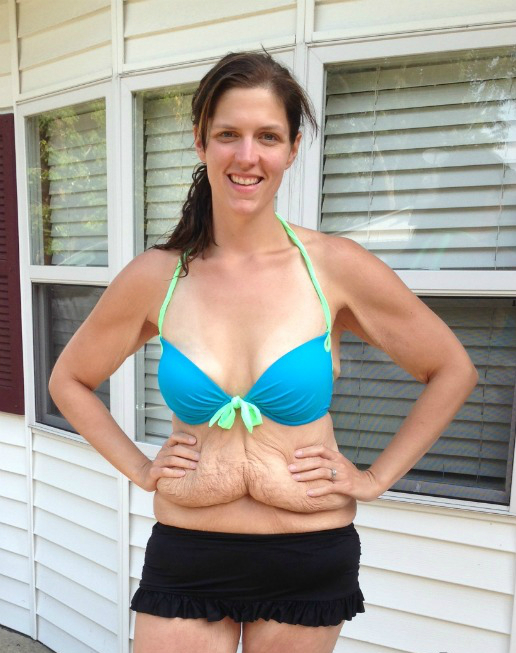 Photo: Brooke Not on a Diet

The writer at Shape responded by asking if she could send over a photo of herself wearing a shirt, claiming that it’s the magazine’s “editorial policy” to show after photos fully clothed. (Except that it’s definitely not.) After a bit more back-and-forth with the writer, Brooke respectfully declined to be involved, citing an opposition to the inaccurate portrayals of weight loss Shape and other industry leaders are guilty of.

The reality is that losing 175 pounds (the equivalent of more than an average person!) has great health benefits but can take some time to reflect as the ideal picture of thinness we all have in mind as the typical “after” photo. There’s often excess skin left from the excess weight, stretch marks, and a number of other “not so perfect” side effects. We commend Brooke for sticking it to the man and also sticking to her guns.

Head to her blog to read the full story!