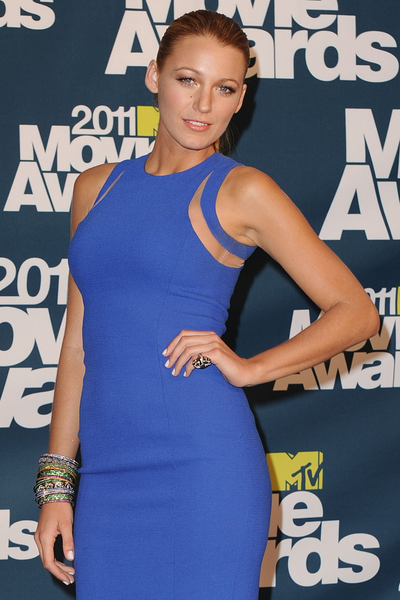 When we heard that Blake Lively (allegedly) took naked photos of herself and that those photos had ended up on the Internet for the world to see, we felt so embarrassed for her. Blake doesn’t strike us as the type to leak those kinds of photos in an attempt to get attention (ahem, Vanessa Hudgens), and we can’t imagine how violated she must feel at someone stealing and posting them.

That said, how clueless can you get? Hasn’t she learned anything from the mistakes of Kim Kardashian and Paris Hilton? Celebrities can’t even sunbathe topless in their backyards without some pervy photographer snapping a shot. Taking naked photos on your phone is just like asking someone to hack it.

Furthermore, when did being scantily clad on the Internet become an obtainable goal for Young Hollywood? It gets especially creepy when someone like Miley Cyrus, who’s practically a fetus, starts posting pictures of herself with barely a scrap of cloth covering her ladybits. Naked Miley shots can’t be that far off, and that’s just sad. Shouldn’t young girls have loftier goals to aspire to than getting famous and acting skanky?

Listen, we’re not prudes: We get that in this digital age you need to get creative to keep that romantic spark alive, especially if your honey is long distance–or a secret (Hi Leo!). Our words of wisdom for celebs like Blake? If you want to take provocative photos to send to your flavor of the month, just make sure your head isn’t visible in the picture. That way, if they do get out–and let’s not kid ourselves, they will get out–you can’t be identified. Capiche?