We’re only a month into 2020 and there are already a bunch of stellar beauty looks that are set go down in history as favorites. Thanks to the Golden Globes, the BAFTAs, the SAG Awards and the Grammys, both TV and film stars rocked the best red carpet makeup in 2020—so far. Because it’s easy to forget and jump right into obsessing over the next award show, we’re breaking down some of our favorites. These include some chic makeup trends that are coming back so you might want to bookmark this.

Pink monochromic makeup, the “pink eye” trend, took over the Golden Globes this year proving the look is sticking around. Then at the 2020 Grammy Awards, overall beauty trends included ultra-straight hair, standout manicures (like Billie Eilish’s Gucci talons), glowy makeup and even face appliques, which stood out among the sea of skintight dresses and Old Hollywood glam. Some trends are new and some are reoccurring old favorites. Below, our favorites of 2020. Check back here for even more. 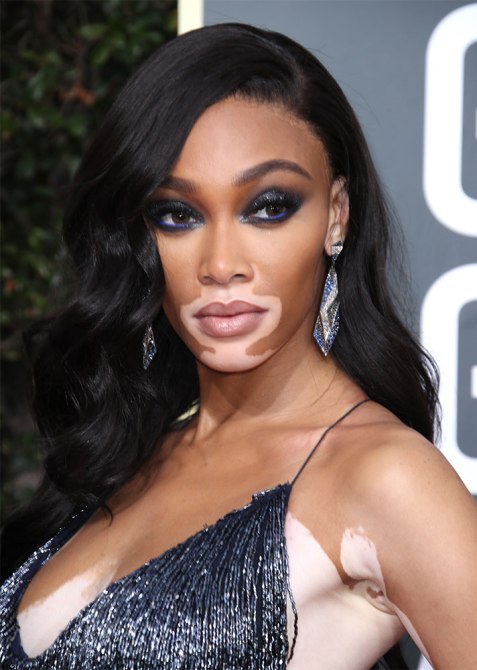 That gorgeous blue liner from the Golden Globes makes her brown eyes pop. 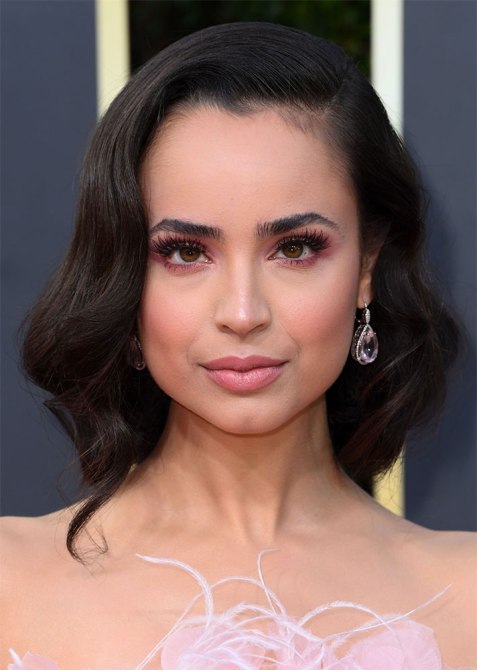 Carson served a blend of Old Hollywood glamour and the pink eye trend at the Golden Globes. 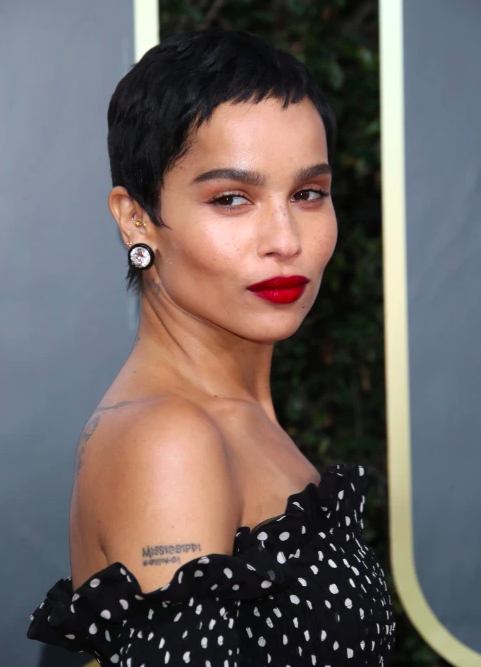 The perfect red lip at the Golden Globes? Count on Kravitz to deliver. 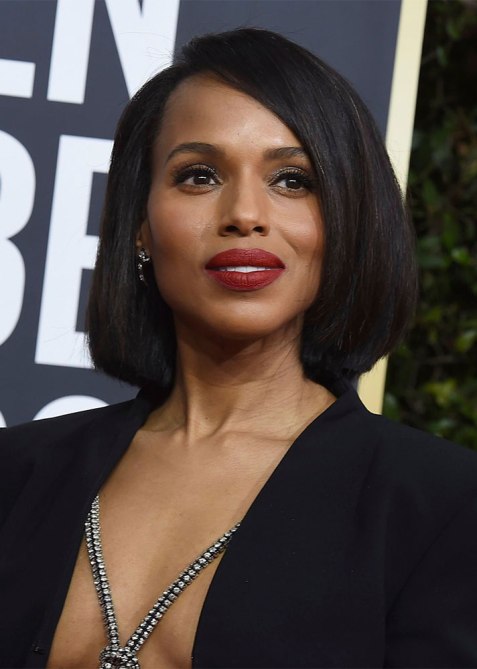 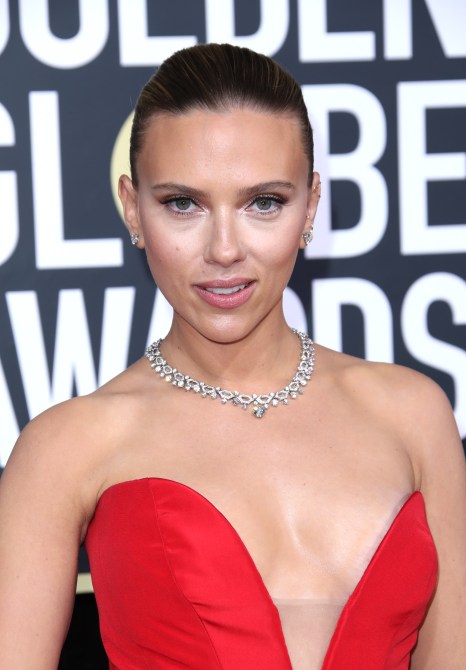 Johansson is all about the glowy skin and natural nude lip at the Golden Globes. 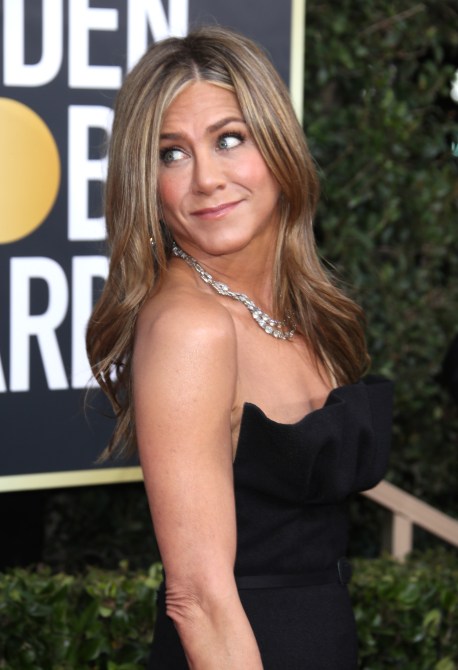 Look at those rosy cheeks. Classic isn’t a bad thing when it comes to the Golden Globes. 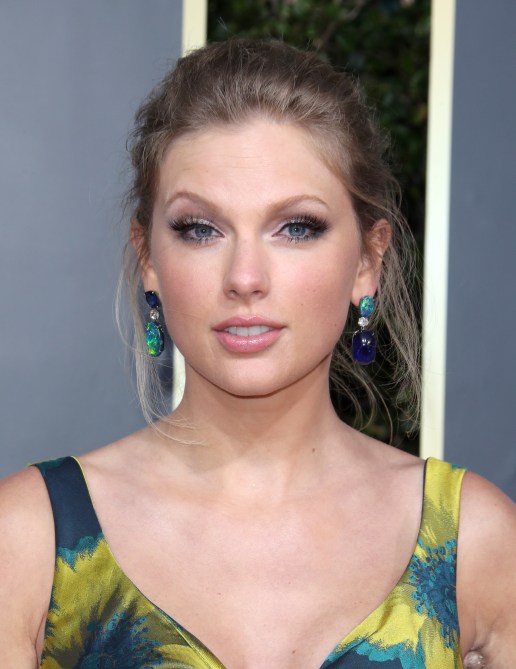 Swift matched her earrings to her dress to her blue eyeliner at the Golden Globes. 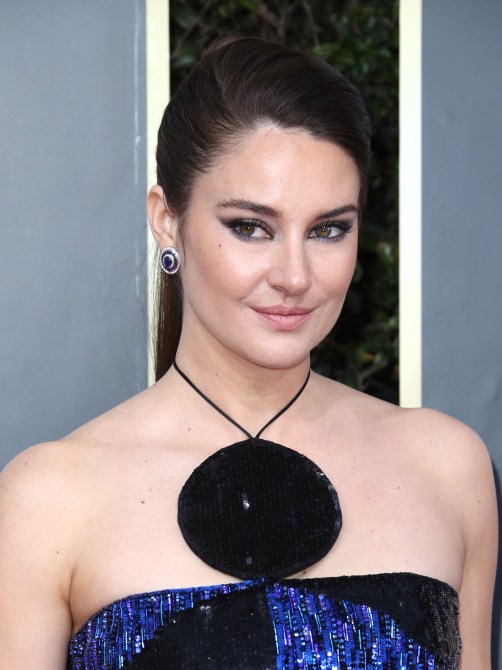 At the Golden Globes, Woodley tried a navy cat-eye. 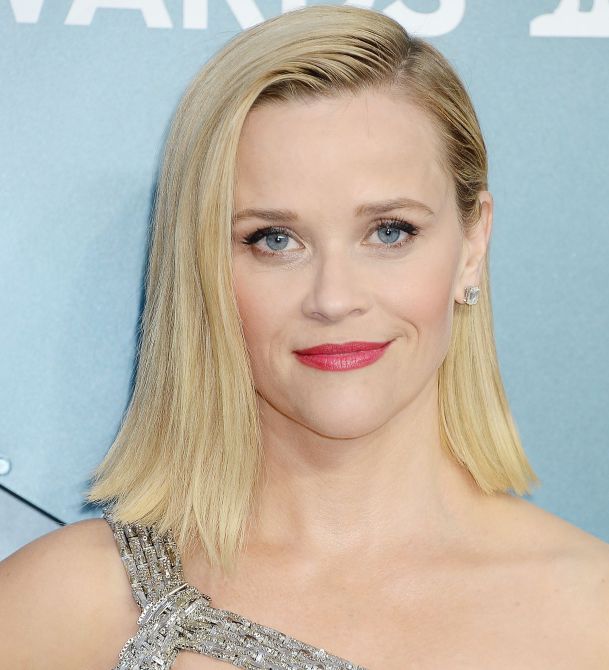 At the SAG Awards, Witherspoon tried a red-pink lip that we haven’t stopped lusting over. 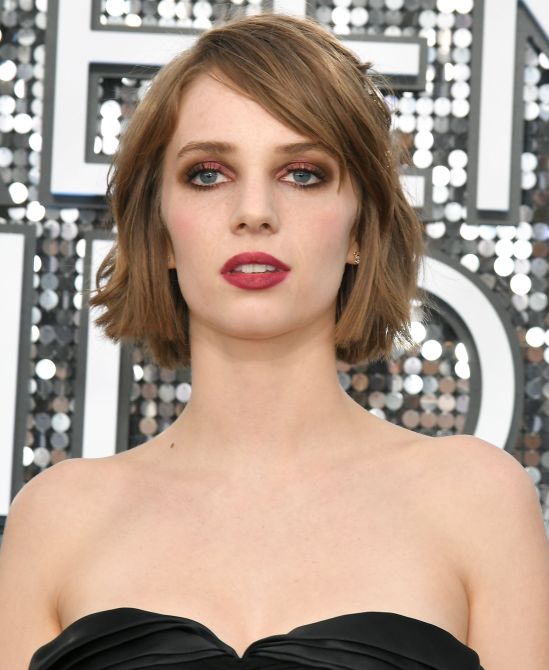 If the Golden Globes were about the red lip, the SAG Awards were about a more pink shade that looks amazing on everyone. 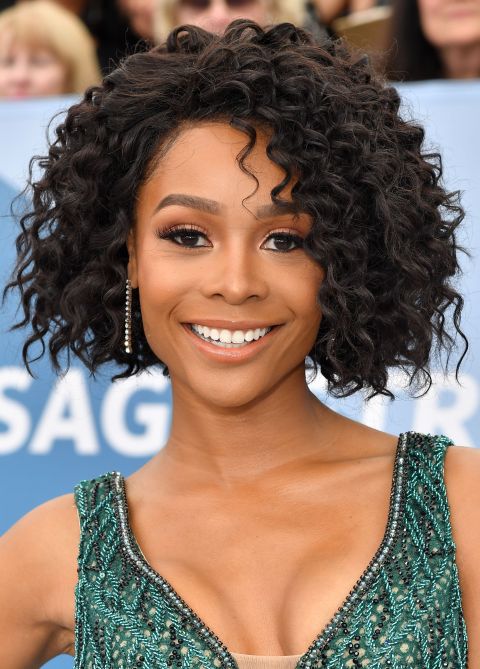 Hall definitely found the perfect nude lipstick to go with her classic cat-eye at the SAG Awards. 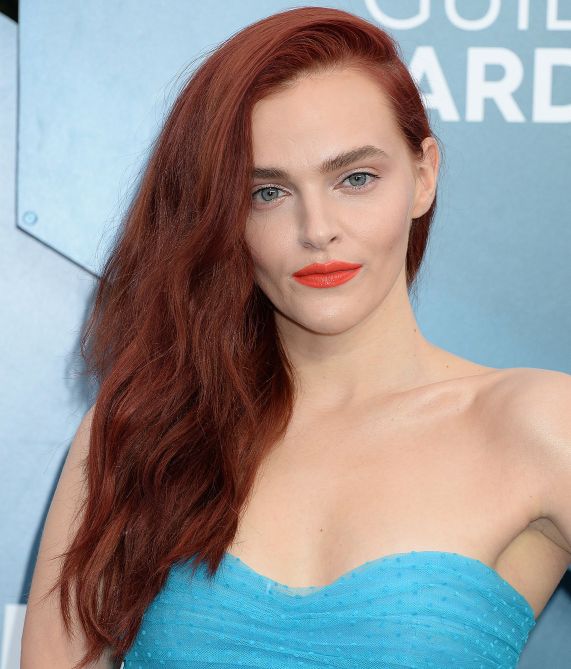 This coral lipstick looks gorgeous against Brewer’s red hair at the SAG Awards. 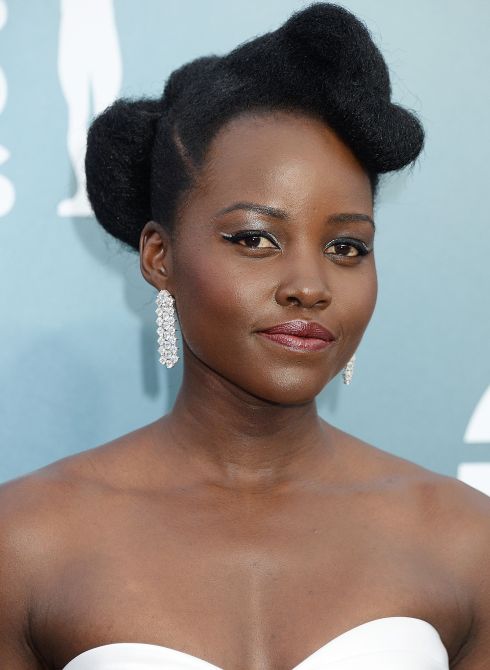 Nyong’o doubled up her eyeliner at the SAG Awards and it totally ruled. 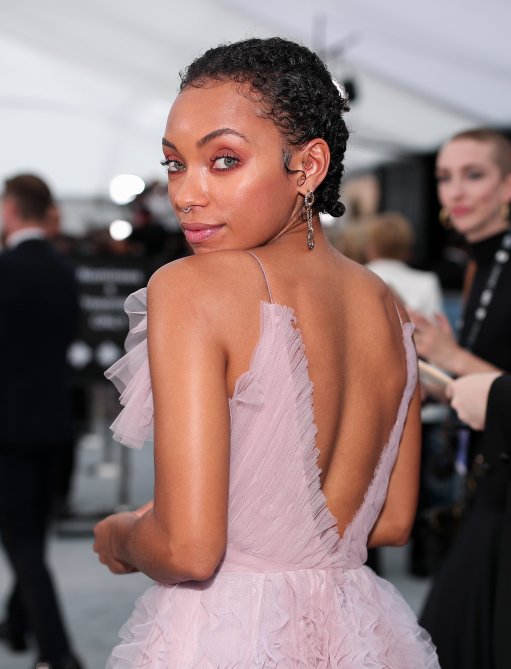 Has this pink eye look at the SAG Awards ever looked prettier? 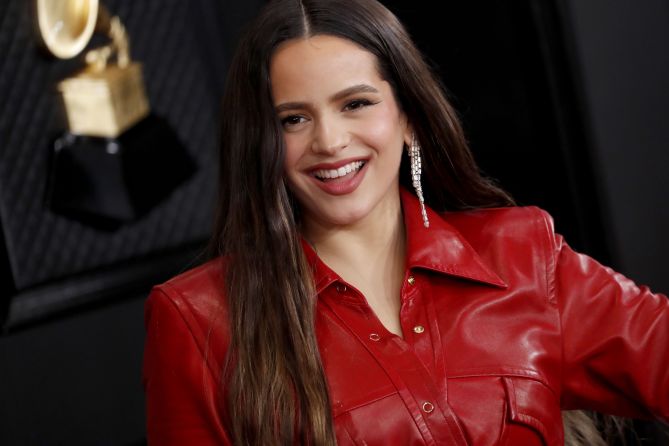 We’re so in love with Rosalía’s beauty looks, we wrote a whole love letter to them. Her full brows and bold lipstick slayed the Grammys. 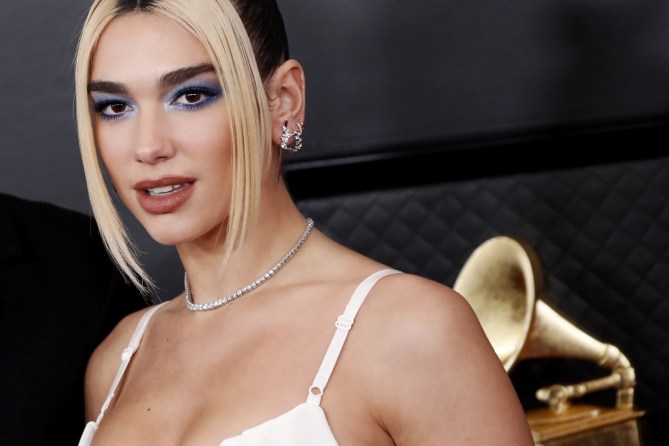 The singer was all about the ’90s blue eyeshadow at the Grammys. 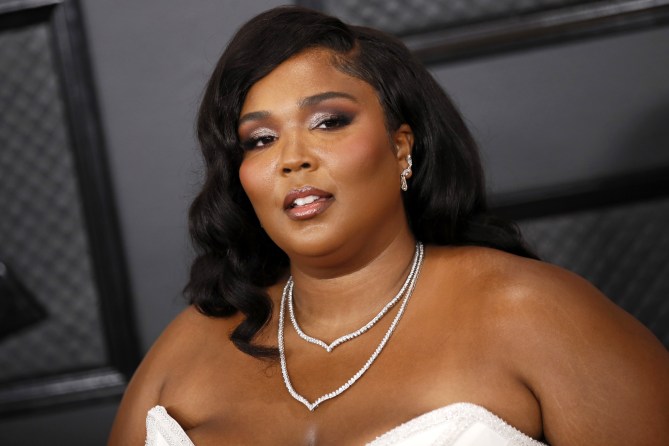 Lizzo was a metallic goddess at the Grammys. 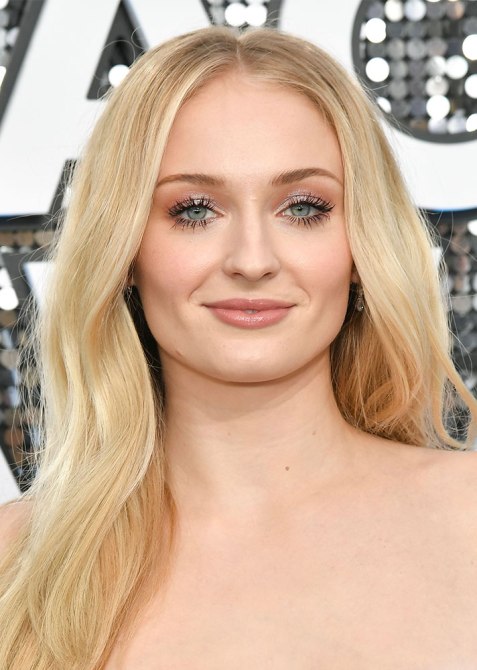 The actress showed up to the Grammy Awards with long, lush lashes and otherwise natural makeup.